The Samsung Galaxy A32 is currently the most affordable of the latest A-series smartphones, sporting a MediaTek Helio G80 CPU, a 6.4-inch FHD+ Super AMOLED screen with a 90Hz refresh rate, quad rear cameras, 20MP selfie camera, and a large battery capacity. Meanwhile, the brand has freshly introduced the new Galaxy M32, which carries similar specs as the A32. Let’s see how these two mid-range Galaxy devices fare against each other through a specs comparison! 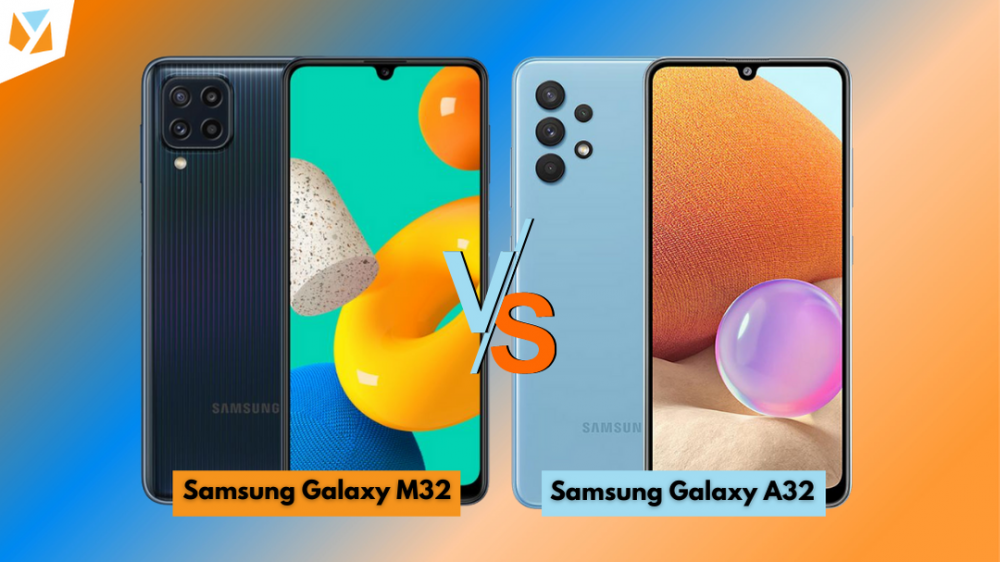 Both smartphones sport a 6.4-inch FHD+ (2040 x 1800) Super AMOLED screen. With this, you can expect immersive viewing experiences with rich colors and deep blacks on both devices. The smartphones also got a 90Hz refresh rate for some smooth animations and transitions.

What’s more, both are equipped with Corning Gorilla Glass 5 for protection against damage from drops. According to Corning, Gorilla Glass 5 survives up to 1.2-meter waist-high drops onto hard, rough surfaces.

Powering both smartphones are the same MediaTek Helio G80 CPU and ARM Mali-G52 GPU, so we can expect the same level of performance on both. However, do note that we can only determine the extent of their performance and thermals once we have both units for a review.

Both Galaxy M32 and Galaxy A32 come with an 8GB + 128GB configuration. However, the Galaxy M32 features a dedicated microSD card slot for easy expansion without sparing its dual-SIM capabilities.

Upfront, both have the same 20MP selfie camera, so both could be equally great for selfies.

Take note, though, that these numbers don’t always equate to quality. We will provide proof of which camera is better once we test both units for comparison.

As for connectivity, the two are powered with the same specs, such as 4G LTE, WiFi 802.11 a/b/g/n/ac, Bluetooth 5.0, and dual-SIM. For security, however, both sport fingerprint scanner and face recognition. Both smartphones also come with a USB Type-C port and a 3.5mm audio jack.

As we pin them side-by-side, we noticed that the two smartphones have only a few differences, other than their designs. Now that you know each smartphone’s advantages, you better pick which carries the perks you need more.

The newly unveiled Samsung Galaxy M32 comes with a larger battery capacity with a faster charging speed, meaning it offers more prolonged usage and less charging time. It is also suitable for those who wish to take advantage of dual-SIM capabilities and still want to expand the phone’s storage via a dedicated microSD slot.

On the flip side, the Samsung Galaxy A32 nails the camera department, so those who love taking photos would enjoy its higher macro and depth camera resolution.