Identity theft and fraudsters are not uncommon and have been around for decades. But with the popularity of the internet and social media, it is now much easier to harvest personal and sensitive information of target victims. Here are top three industry targets for identity theft.

1) Telco or Utilities. The case of Ian Caballero is certainly not the first. There have been hundreds of other undocumented or unreported incidents of identity theft that targets telco companies. The usual MO composed of fake IDs, proof of billing and a payslip — culprits apply for a new postpaid line under the name and account of a victim. All they have to do is get the personal information so a fake ID can be made along with other documents. Once the application is approved and a high-end handset is handed over to the perpetrators, charges are applied to the postpaid account via expensive calls or load-sharing. 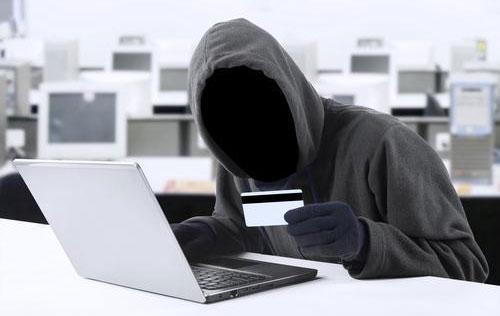 An old acquaintance sought my help two years ago after receiving monthly bills on a Smart postpaid account that she never applied for. Apparently, the perpetrator introduced himself as a credit card agent. He offered to process her pre-approved credit card as long as she sent him all the necessary documents (payslips, proof of billing and photocopy of ID). The credit card never arrived and instead a postpaid bill worth several thousand pesos was all she got from the mail a month later. She ignored it at first thinking it was just a fluke but a couple months more, her case was already forwarded to the collection agency of Smart.

2) Banks. One would think that banks have the strictest procedures in terms of security but this incident with a bank and a car dealership that happened last year was the biggest incident of identity theft resulting to fraud that we’ve heard.

A certain bank (incidentally, also one of the two involved in Ian’s case) was so eager to secure a huge car loan (a BMW) from a high-ranking executive of a BPO company (based in McKinley) processed all the documents without asking the customer to physically appear in the bank for verification. The perpetrator posed as a sales agent for the car dealership and processed all the paperworks himself. Once approved, the agent also volunteered to deliver the car to the BPO executive but never showed up afterwards. The car dealership was paid but the bank was left with no one to collect from. All along the BPO executive did not know he had a car loan from their bank on record.

3) Credit Card Companies. With the low credit card penetration in the Philippines (just around 5%), the potential for growth in this industry is huge. This is the reason why, several years ago, almost anyone with a decent income is offered with a credit card. Remember getting SMS or phone calls from credit card companies telling you that you’ve been pre-approved?

This practice and the low-level of security checks to verify the identities of applicants exposed credit card companies to attract fraudsters to apply for a new card using stolen identities. The result, a lot of defaulted charges after a month of handing out the approved cards.

Based on the stories and real incidents shared with us, it looks like the primary targets for with identity thefts are the large companies that provide financial services. The collateral damage are the individuals whose names and identities were illegally used to perpetuate the crime.

In our next article, we will share some tips on how to protect your personal information, secure online accounts and create additional verification methods with banking transactions.