It’s no new story that Pokemon Go is turning into a craze. In fact, personally, one of our business establishments has 3 Pokestops bundled close together that we’ve been seeing players hang around on our place even in a rainy day. 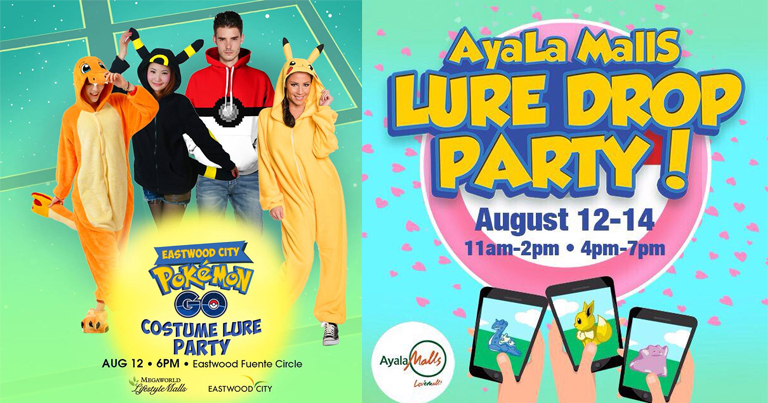 Just recently, SM Posted that they’re having a big party with Pokemon around. Lures have been hinted at in the caption. At Eastwood, August 12, 6PM, they’re also having a Lure Party, but this time, they’re inviting goers to come with their Pokemon Costume. And finally, with the same date, Ayala Malls are having Lure Drop Parties, August 12 – 14, 11 AM – 2PM and 4PM – 7 PM. Trinoma and Ayala Center Cebu will take part in it to name a few.