Highlights of the Microsoft WPC 2012

Highlights of the Microsoft WPC 2012

In the recently concluded Day #1 of the annual Microsoft Worldwide Partner Conference, the OS giant announced a handful of things that we can look forward to this coming months. Here’s a rundown of the important things that were discussed during the event.

Microsoft celebrated the momentous achievement they had with Windows 7. The OS has reached new heights by being installed on more than half of the total enterprise PCs around the world. But even after achieving this momentous feat, the OS shows no sign of slowing down with an average of half-a-million PCs switching to Windows 7 every day. Will their new OS garner the same success, weâ€™re yet to find out but the Redmond software giant is definitely gearing for that.

The availability date of the highly anticipated Windows 8 was announced during the first day of the event which is due this October.

In line with this announcement, the Microsoft Chief Financial Officer Tami Reller mentioned that the new OS is right on schedule for Release-to Manufacturing (RTM) and will be available for partners next month which give them a small leeway to incorporate Windows 8 to their holiday offerings.

The upgrade scheme that we recently discussed on our previous post was also validated during the event. Users who have recently purchased a Windows 7 PC will be able to upgrade to Win8 for only $14.99.

There were also a handful of Windows 8 devices that shared the limelight during the event including Samsung’s Series 5 ultrabook.

Weâ€™re not sure if Microsoft’s Surface tablet and its OS (Windows RT) will be released alongside the PC OS. But weâ€™re expecting that there wonâ€™t be too much gap in the release date between Win8 and Windows RT.

In preparation for greater things ahead for their new OS, Microsoft has announced their recent acquisition of the multi-touch, large-scale display manufacturer Perceptive Pixel Incorporated for an undisclosed amount. PPI has caught the attention of Microsoft and other tech giants with their behemoth 82â€ LCD Multi-Touch Projected-Capacitive (Pro-Cap) display.

The Redmond software giant saw a lot of potential on PPI and thinks that their displays will be a suitable environment for their upcoming OS. Their main challenge right now is how to make this technology more affordable for the market because PPI’s current offering, which cost a whopping $80â€™000.00, doesnâ€™t really fit in to the budget of an average consumer. 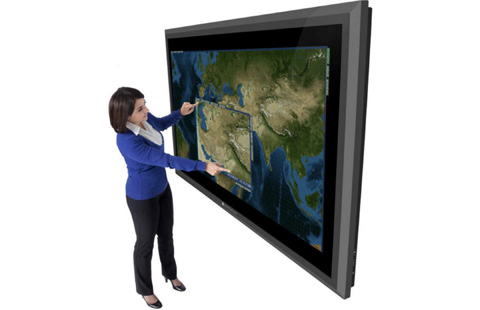 This acquisition may mean that Microsoft is aiming for the Smart TV market or perhaps the touchscreen-infused All-In-One PC/tablets that weâ€™ve seen during the recent Computex 2012. Weâ€™re thrilled to see what Microsoft has in store for us.

Microsoft also discussed their recent acquisition of Yammer happened just two weeks ago. The Enterprise Social service will provide a new dimension on how corporate individuals collaborate on their works and increasing their overall productivity. Together with SharePoint and Office 365, Microsoft hopes to bring comprehensive and flexible for enterprise social networking as stated on the company’s blog post. Weâ€™ll yet to see if this $1.2 billion dollar acquisition will reap substantial reward for Microsoft.

Microsoft is really stepping up to maintain their software supremacy. But with the recent addition of PPI to their team, we think that we can expect more than just software from them. Their success with the Windows 7 is definitely one to marvel but can they achieve the same for their new OS line up? Or this is just another case of too much hype? Weâ€™d like to hear your thoughts about this.