Along with the emergence of smartphones also comes the rise of mobile games. It’s no big secret that millions of people all over the globe play a mobile game or two. Or three. Or more, if one’s so passionate about it. Japan isn’t an exception to this; in fact, they’re probably one of the countries at the top when it comes to mobile gaming. 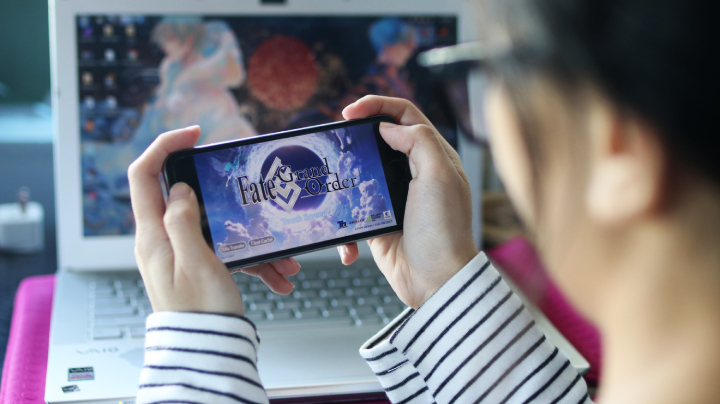 Frequently abbreviated to mobage, a massive chunk of them in Japan are based on a gacha game model. Gacha is a shorter term for gashapon, capsule toys that are randomly dispensed using vending machines. They’re essentially blind boxes, as players won’t exactly know which item from a set they’ll receive. If you’ve heard of loot boxes, they’re pretty similar to that. The gacha mechanic has crossed over from vending machines to mobile games, faring incredibly well in Japan as almost all of the famous and highest-grossing games use it, becoming an indispensable part of Japanese mobile gaming culture.

Most mobages in Japan that employ this model are Free to Play (F2P). The gacha mechanic comes in by the use of virtual currencies specific to each game. Players can obtain numerous characters, items, cards, weapons, and the like should they choose to roll the gacha box of their choice using the in-game currency. Games may feature different rarity tiers in their gacha, and it can range from the highest UR (Ultra Rare) to the lowest N (Normal) tier.

Countless Japanese gacha mobages don’t get an international launch or an English translation, but of course, there are a few exceptions to this. Here, I listed down five online Japanese gacha games that launched global versions.

(All games are be found on the Android Play Store or the iOS App Store. These games are Free to Play, but you may spend in-game currencies if you wish to do so.)

With the franchise (and Nintendo itself) being a hit in Japan, it’s no wonder that the mobage spin-off is popular as well. Much like its console counterparts, FEH is also a tactical role-playing game and employs the system of player phase and enemy phase every turn. The game uses Orbs as its gacha currency for players to earn heroes or items.

A multimedia franchise developed by Dengeki G’s Magazine, Lantis music, and Sunrise, Love Live revolutionized the idol genre not only in anime but also in rhythm games. The franchise spans multiple anime series, animated movies, manga, mobile game, music, concerts, arcade game — you name it, they probably have it.

The card-collecting rhythm mobile game was first released in Japan in April 2013 for Android and in June 2013 for iOS platforms. The English version came a year later, on May 2014, for both Android and iOS devices. Players collect cards of the characters and form units to play through the songs. It initially featured the characters that started it all, the idol group Muse, and as time went on and sequels got greenlit, the game also added in the group Aqours. Discographies of both groups serve as the music for the rhythm game.

LLSIF uses Love Gems as its currency, players getting the chance to scout a UR (Ultra Rare), SSR (Super Super Rare), SR (Super Rare), or R (Rare) version of the characters in the gacha box should they choose to roll.

Developed by Cygames, Granblue Fantasy was released in Japan in March 2014. Commonly abbreviated as GBF, the role-playing game features turn-based battle as its system. Depending on the gender of the main character selected, players take up the role of Djeeta (female) or Gran (male) to play through the game. Similar to role-playing games like Final Fantasy, the main character in GBF also gains levels, new abilities, skills, weapons, and the like, as they progress through the main story. One particular thing about GBF is that even if it has a mobile app, it can also be played in browsers and most people prefer to play using the latter than the former.

Using the in-game currency called Crystals in the gacha, players can summon characters and weapons in rarities that range from the highest, SSR, SR, R, and N (Normal), which is the lowest. Each summon also has a corresponding type, be it either wind, water, fire, earth, light, or darkness.

Instead of releasing a separate mobile app for its global version, GBF released an English patch on March 2016, allowing players to quickly switch in between Japanese or English in the game and essentially keep all of their data.

If you’re into Candy Crush, Bejeweled, and other similar games, Puzzle & Dragons might be right up your alley. Developed by GungHo Online Entertainment, Puzzle & Dragons was first released in February 2012 in Japan with the global version getting its launch on November 2012, on Android, iOS, and Kindle Fire. This game’s probably the oldest one in this article.

Frequently called PazuDora, the game combines puzzles, strategy, and role-playing elements. With the use of Magic Stones, the currency of PazuDora, players can acquire monsters through Egg Machines, the game’s form of gacha. Allied monsters then help the players in defeating the enemy monsters. Just like Candy Crush, the gameplay requires players to match tiles, the points accumulating from those matched tiles turning into a powerful attack.

PazuDora enjoys immense popularity worldwide, with the app becoming the first mobile game in history to gross USD 1 million (~PHP 52,165,500) in revenue by the end of 2017. It held the record of the highest-grossing mobile game of all time until October 2018, where it was bumped down to number two by another Japanese mobage, Monster Strike.

If you’re familiar with the Fate/ franchise, then you’ve probably heard of Fate/Grand Order at some point or another. Type-Moon’s Fate/stay night visual novel (and its following series’) spiraling out of control is the best way to describe the massive popularity of Fate/Grand Order.

Developed by Delightworks and published by Aniplex (a subsidiary of Sony), it was released in Japan on July 2015 on Android and August 2015 for iOS, Fate/Grand Order employs a card-collecting, turn-based, role-playing game system. The main story is presented in a visual novel format, much like the roots of the game.

Commonly referred to as FGO, the players of the game take up the central role of a “Master” and have the ability to command “Servants” who are typically historical, mythological, and literary figures. The character roster is made up of beloved characters from the Fate/ franchise, but also, there are Servants whose origins start in the game. Saint Quartz fuels FGO’s in-game currency, the players, using them to acquire Servants or Craft Essences (essentially power-up items) in the gacha, with rarities ranging from Five Stars to One Star.

As the Fate/ franchise is also popular overseas, FGO’s global version was released on June 2017. FGO’s success worldwide, particularly in Japan, is enormously crazy — so much that it is now partly responsible for Sony’s operating profits. It has crossed about a whopping USD 2 billion (~PHP 104,361,000,000) in worldwide revenues, and will probably continue to rise further.

These are just five, but we’re pretty sure that as gacha games continue to enjoy global popularity, we’ll see more of these games translated into English. I’ll keep crossing my fingers for luck that my other favorite gacha games get to make it.