Activision has certainly been busy churning out one Call of Duty title after another every single year. From last year’s Call of Duty: Black Ops Cold War to Modern Warfare before that, there isn’t anything stopping the company from releasing them as people are crazy over the franchise. The latest iteration of the Call Of Duty franchise heads back to its roots. Call of Duty: Vanguard is set in World War II, where the original game takes place. I was invited to join the closed beta of Vanguard and I’m here to tell you that it is great to see this setting with current-gen graphics and gameplay. We were only allowed to play multiplayer with other testers trying out the different game modes the game has to offer. There was the usual Team Deathmatch where you just try to rack up more kills than the other team, to the new Patrol mode which I enjoyed the most. In Patrol, each team must hold a moving position throughout the map and gain points. This small blue circle just goes around the map and each team must hold it to 200 points in order to win the game. This means that everybody is constantly moving trying to hold the point and this is a refreshing new game mode that is introduced with the game. It stops people from camping and allows for new tactics in trying to hold a moving point. 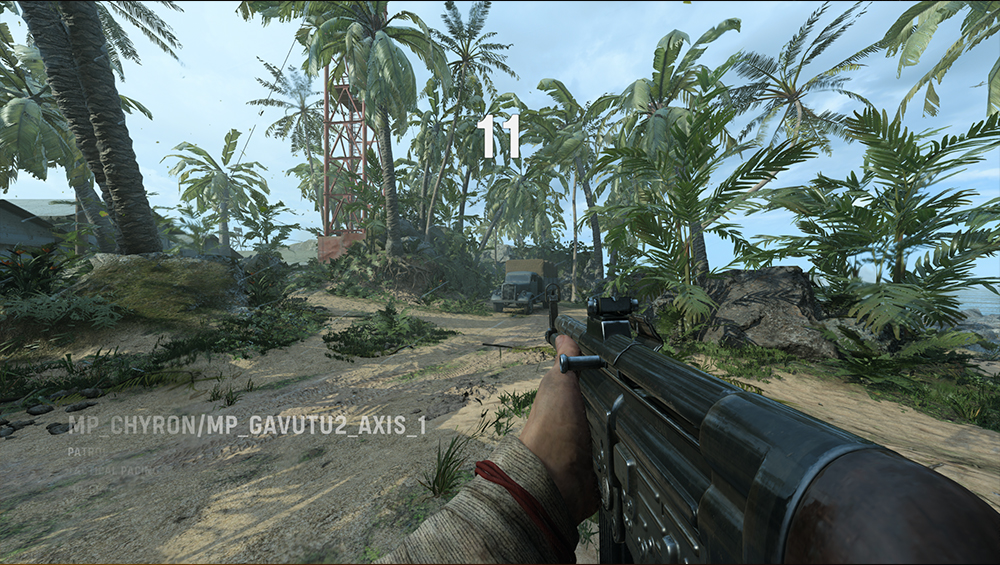 The new maps we tried were also very varied and interesting, offering different types of game styles for each player. Gavutu was a jungle-themed map where players had to navigate through a beached warship as well as an open beach. This allowed for different types of loadouts to be used, from CQB guns like SMGs or assault rifles to long-range snipers. Red Star was an open Soviet-themed map where a large courtyard in the middle allowed for large gunfights to happen. Buildings also allowed you to hide and snipe your way through the entire match. This map felt like it was inspired by the movie, Enemy At The Gates. Lastly, there was Hotel Royale, a really small map based around a hotel set atop a mountain. This map equals an all-out deathmatch as it is such a small map where both teams mostly end up starting in an identical position and end up fighting in the middle of the map. I enjoyed this the most as it was just a crazy scene where people would just be shooting each other left and right. 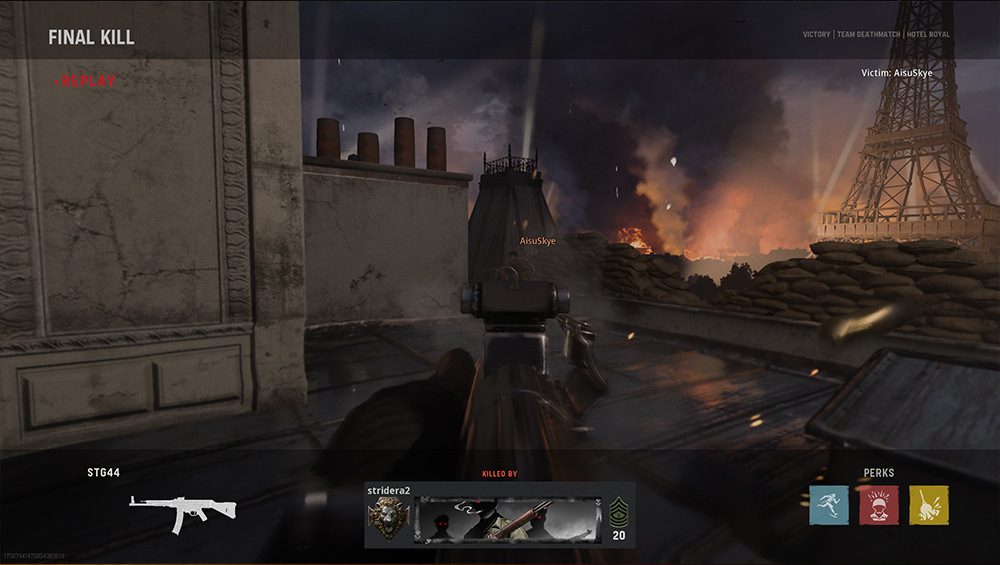 As an avid Call of Duty: Warzone player, one of the most important aspects for me was the movement and gunplay in the game. I’m happy to say that the movement was fluid, similar to Warzone and Modern Warfare. After the janky movement of Black Ops Cold War, I like that they kept it simple and made movement very easy. Some people might say that it is too “arcade-y” or fast but that’s what CoD is all about! The gunplay was a bit different though. I was in a few Warzone games before the open beta and I felt the difference in handling the guns in CoD: Vanguard. For one, the sniper we were allowed to use was insanely powerful and accurate. It was a one-hit kill sniper in any part of the body except the legs. It was also hitscan, meaning, I just had to aim and it would hit the part I aimed at instead of trying to lead the bullet in order to hit a target.

The STG 44 assault rifle I mainly used was, for the most part, devoid of any recoil and this was without any upgrades or attachments to the weapon. The other weapons such as the sub-machine gun and shotgun, in my opinion, weren’t as viable as the other two in the maps and matches that we played in our short time with the game. It ended up with people using mostly the same 2 guns throughout the entire match. The gunsmith feature is back as well, but this time you have an insane 10 attachments to use instead of the 5 in Modern Warfare and Warzone. I didn’t have enough time to unlock and test out all the attachments available in the game but the ones I tried, all gave me varied results. One attachment made my assault rifle super accurate but super weak, it would take a lot of bullets just for me to take an enemy down. There were different scopes, but I stuck mostly to the stock scopes that were offered. I’m excited for this feature as the number of attachments you can place in a gun can lead to very creative loadouts! 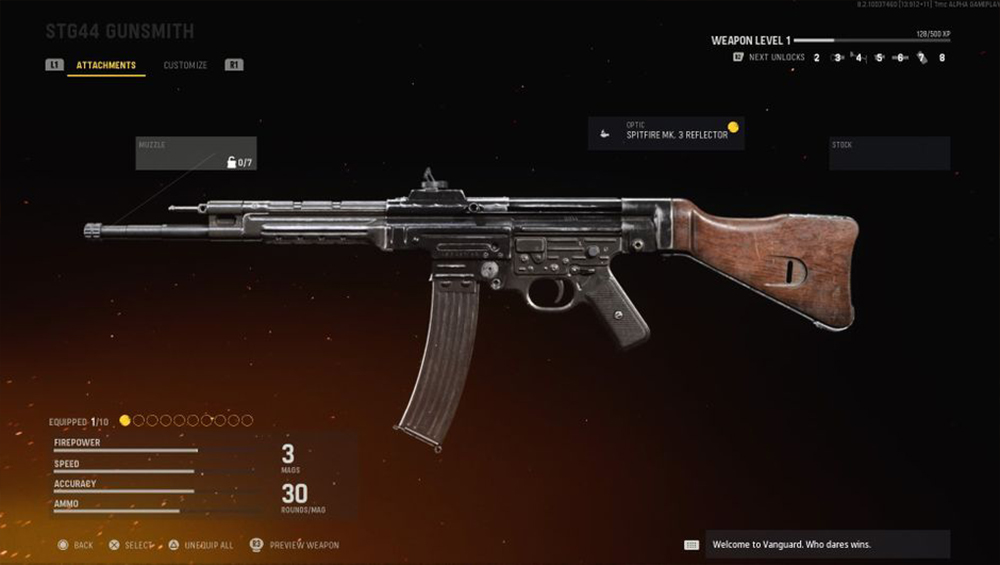 The killstreak system is back of course, but there is not a lot new here. Just mostly a reskin of old Call of Duty killstreaks and a few new ones. Recon is your usual UAV, where you can see people in your map upon activating, you can also have a parachute drop of more killstreaks if you manage to kill a lot of people consecutively. There’s the minigun killstreak but I found that more cumbersome than useful. Everybody would end up just firing at me and the recoil of that gun, as well as the animation and slow movement of your character when using said minigun, was more detrimental to my gameplay. The most interesting for me though was the attack dog killstreak. You could summon a german shepherd that would attack enemy players around the map. The dog was a one-hit kill once it hits you and it was so much fun seeing people wonder what attacked them not realizing that there was a dog running around the map! 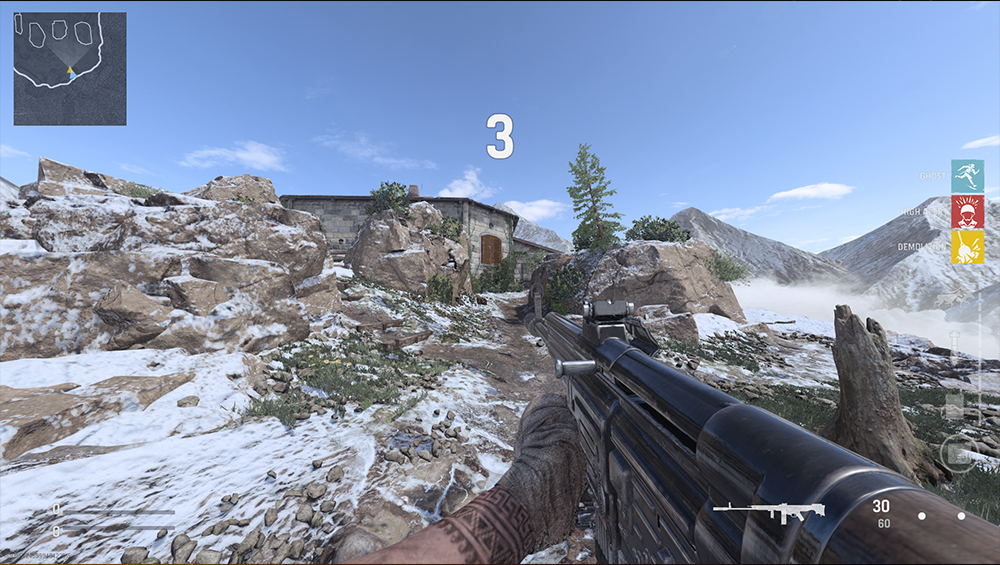 My first impressions of Call of Duty: Vanguard multiplayer are very positive. It seems that they listened to feedback from their customers and came up with a game that plays like the game people play the most (MW and Warzone) while at the same time adding new touches like more attachments, newer game modes, exciting new maps, and better graphics. I’m excited for single-player and what the story of the game is all about. The biggest thing though is that Activision has announced a full integration of Vanguard into Warzone. That’s something that excites me as I have no idea how the whole WW2 setting will merge with Warzone. It feels like it can be a fresh new direction for Warzone which has been plagued recently with people complaining about balance issues and cheaters running rampant in Verdansk.

Call of Duty: Vanguard doesn’t reinvent the wheel when it comes to shooters and CoD games in general, but it is a solid experience with addicting gameplay, new maps, and a great experience all around.