5 Features We Wish To Have in a Pokemon Go Update

5 Features We Wish To Have in a Pokemon Go Update

The number of users has been dwindling; Lures have been decreasing; and it seems that players are already getting bored with their quest to be the very best. With recent reports showing that Pokémon Go has slowly been losing steam, an update seemed to be just what it needed to re-ignite our childhood dreams of becoming a Pokémon master. I must admit, the game becomes pretty boring once you get the hang of it, which is why major updates would have been pretty helpful in getting us back in the zone.

The latest Pokémon Go update has already been released a few days ago, and the most interesting development is the implemented Buddy Pokémon feature. Players can now assign a certain Pokémon as their buddy, and earn candies for the particular Pokémon by traveling a certain distance. Pretty helpful if you have super rare Pokémon and you badly needed candies to power them up.

However, this update doesn’t necessarily make playing the game more exciting. If we may suggest, here are some features, which would have made Pokémon Go more interesting if integrated in the last update:

This actually happened to me: a friend had two Magmars and I badly wanted one. I on the other hand, had two Rhyhorns and he had none. If only I could trade my Rhyhorn for his Magmar, everybody would be happy! 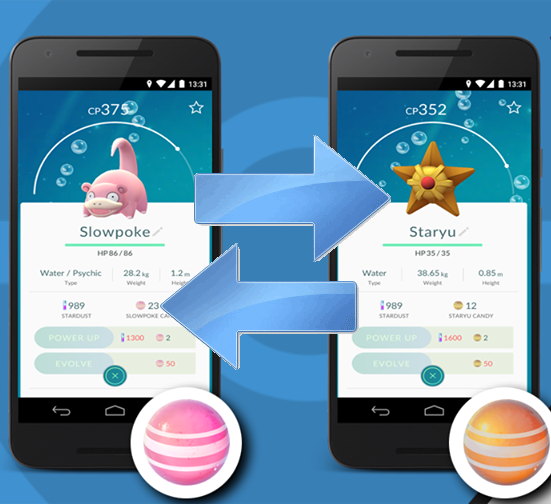 This would have also been reminiscent of our childhood, where we would trade cards in order to complete our collection of 150 Pokémon. This would also make players who are more obsessed with collecting rather than battling, to finally stop hanging out by Lures and actually go to Gyms to battle.

In the anime and in games, Pokémon trainers don’t only battle in gyms – they also battle with each other to train their Pokémon and test their strength. Why not also integrate this into Pokémon Go? 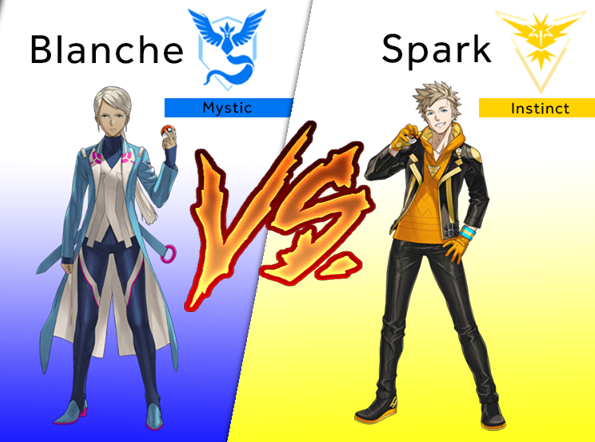 The game would score several notches higher in the enjoyment meter when this happens, since this would mean you’d be battling actual players, not just computer-controlled Pokémon. Strategy skills, and ability would be a more critical aspect in winning a battle.

The only downside that I can see in this feature, is the possible risk to privacy. Naturally, players’ location would be visible to other players when this feature is added, so that’s something that may be up for debate.

If you’ve tried Pidgey Grinding, you’ll know how tedious it is to evolve all those Pidgeys one at a time. Or maybe you wanted to transfer all the Rattata you’ve captured to Professor Willow, but it’s so wearisome becomes you’ll have to transfer them one by one! 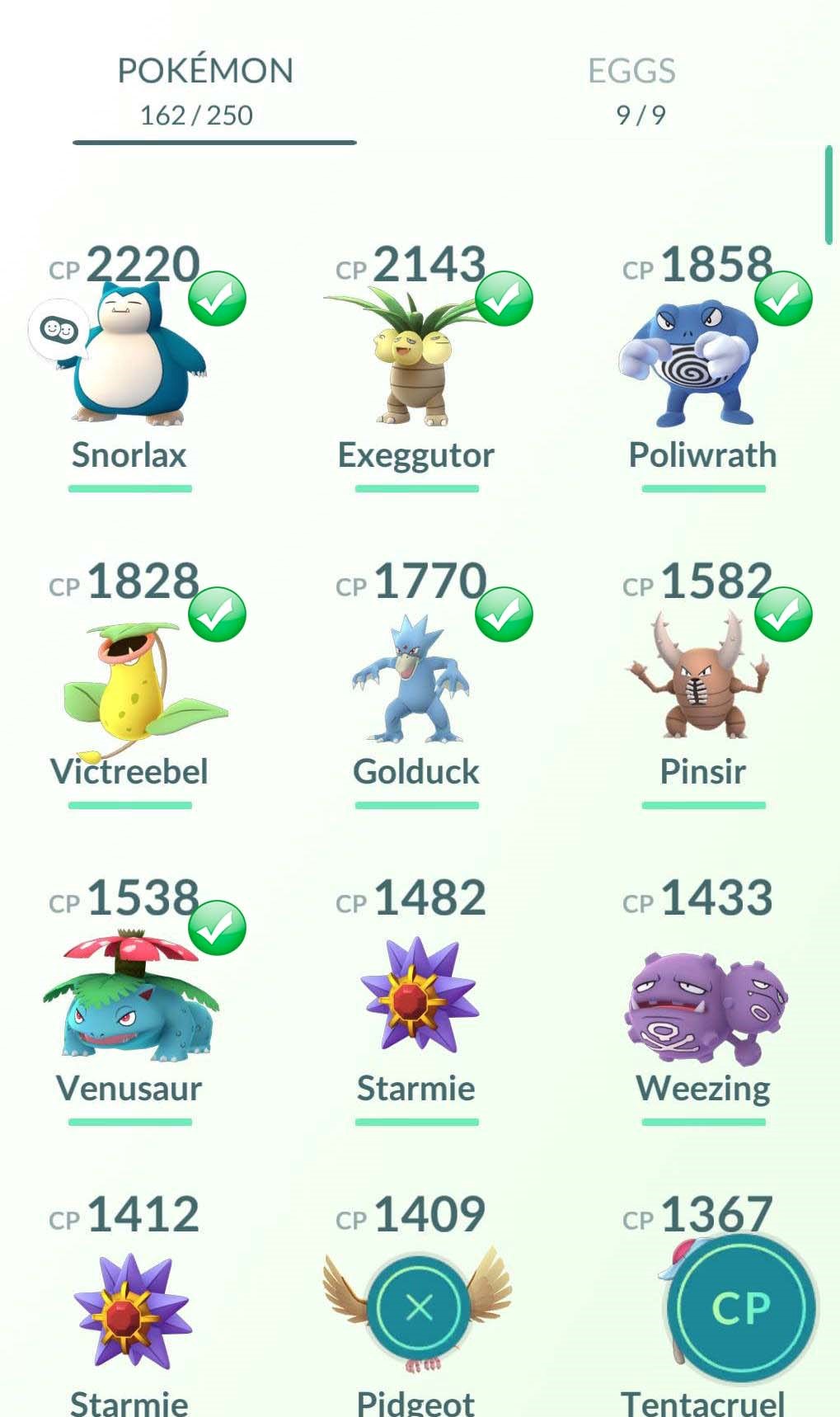 It would be really neat if there were an option to select multiple Pokémon from your storage, and do a certain action for them all at once. Pretty much like selecting multiple photos in your computer and executing the same command for all of them.

If this happens, Pidgey grinding would be done in a jiffy, and I won’t probably have the need to upgrade my Pokémon storage.

The popularity of third-party apps and websites for locating Pokémon (before they were banned) are largely caused by the rather inefficient Pokémon Sightings Tool. Right now it’s difficult to tell exactly how far the Pokémon is from you, and in which direction they are located. 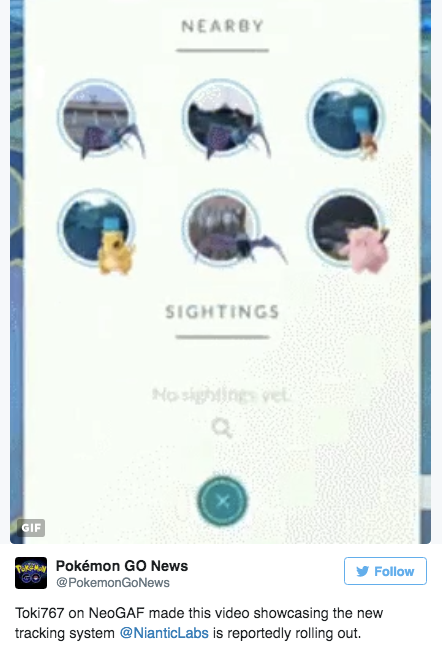 Hunting for Pokémon would be more efficient if the Sighting Tool tells us the distance from the sighted Pokemon as well as from which direction in can be found. Basically like a Poké-compass.

I know this may be too much and too early to ask, but it wouldn’t hurt to wish for the next generation of Pokémon to be already available in Pokémon Go. Frankly, I’m already tired of all the Pidgeys, Rattatas, and Spearrows (aren’t we all?), and even though I’m still far from collecting all 150, it would be refreshing to see new Pokémon every now and then. 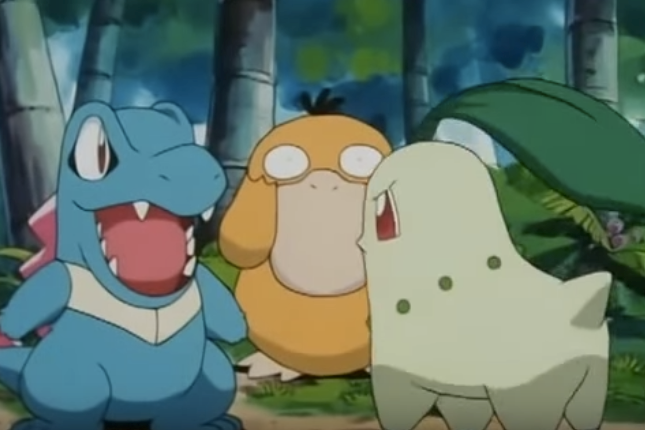 If not, then maybe we deserve at least an increase in spawns of rarer Pokémon?

At this point I may be sounding a bit too demanding already but to be fair, those truly are interesting features. If these are integrated into the game, I’m definitely opening Pokémon Go more often than usual.

Geoff is a cinephile and a foodie who now works in the digital advertising industry. Know him in bite-size by following @geoffreview and checking out geoffreview.com.