Why we’re also disappointed with the Galaxy Note7 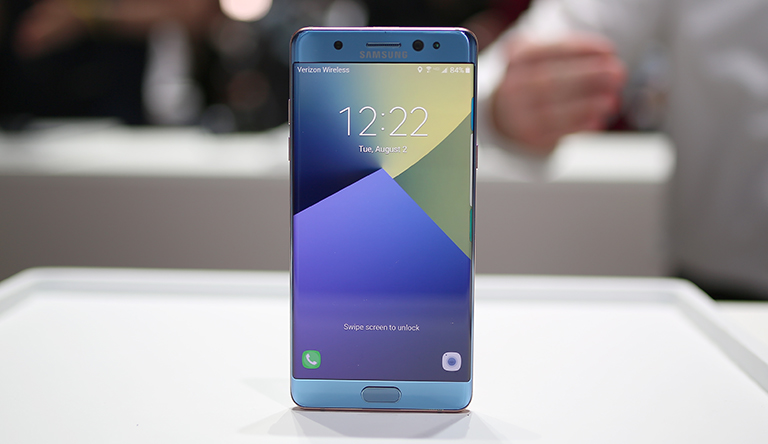 Before you proceed, let us clarify that we loved the Samsung Galaxy Note7. It’s almost everything we expected it to be. However, the inner geek in us wanted a bit more. Samsung has made it a mandate to be always ahead of the pack and it has done so very well (and wowed a lot of people) each time it announces a new flagship phone.

And one more thing, read our “7 Winning Features of the Galaxy Note7” here too.

See also  Confirmed: The Galaxy Note 7 is coming back

So, while everything seems fine and dandy, there are a few things we thought Samsung could have considered including into the Note7.

Bigger Battery. We already know the S7 Edge had 3,600mAh so we’re expecting a little bit bigger than that. While the Note7’s 3,500mAh I actually an upgrade to the 3,00mAh on the Note5, we think they could have added a few hundred mAh more. Making it 4,000mAh would have been excellent.

No 6GB RAM. Close to half a dozen brands already have 6GB of RAM while dozens of mid-range phones also run on 4GB of RAM (come to think of it, two years ago we said 2GB was more than enough). We were really expecting the Galaxy Note7 to have 6GB, even 8GB just because Samsung can afford it. We’ve always known Samsung to really push the limits of their smartphones, especially the Galaxy Note series. Why stop now?

No 4K Display. The QHD resolution has been around for 2 years and we’ve seen the Sony Xperia Z5 Premium packing a 4K display in a 5.5-inch screen. At 5.7 inches, the Note 7 could benefit from a little more bragging rights.

Besides, Samsung is strongly pushing for VR and it will definitely benefit from a 4K resolution (more pixels = better VR experience).

Getting these 3 additional features included in the Note7 would have made it the best smartphone of 2016, hands down. Nevertheless, it’s a great smartphone and you’d be hard-pressed to look for a match elsewhere.

Check out our hands-on review of the Samsung Galaxy Note7 here.

The lust for 4k display is plain ignorance. You can only take advantage of that display while using VR but chances are you are using it as a cellphone 99% of the time so the battery wasted by the display is wasted. 1080p is more than optimal resolution for that screen size. A better VR design should have its own high res screen.

Yes, i agree with the RAM issue. 6Gb are the norm with these chinese brands’ high end offerings.. I think that something better wil be released in South Korea; a Prime version probably like what they did before.

I will ditch the Note series once again this year.

Why do you need a 4k display? It’s not like apps support it yet. So following samsung’s decision to ditch the 4k display is actually a good option for the phone since it can give more back to the overall daily usage. If you have a higher pixel display phone, it would just chew the battery like nothing even if it is using an AMOLED display. 4K is still 4K even if you use a different display technology.

Speaking of RAM, you don’t really use up 6GB of RAM on a phone. It just uses more battery! It was still a wise choice that they stayed with a 4GB RAM. We only need to hope that the RAM that they placed in the phone is set at a high clock speed.

And one more thing, the battery might just be 3500mAH but think about the dimensions of the phone. If they wanted a higher capacity phone, they would have made the phone thicker which would be a bad choice.

They probably could do it (4k display) but at the risk of choppier gameplay (the Cpu/GPU might not be up to task pushing that many pixels), lower battery life, higher price, or lower profit margin. As it is, they could probably get by for this year. Those specs will come in future iterations.

They said 6gb ram version of note 7 will be available soon to China, i bet sunod sunod na yun worldwide

all these expectations are just spec improvements. Smartphones are so boring nowadays no one is innovating

Most def agree with the battery! I dont get why premium always translates to mediocre battery. 4000mah to 4500mah Note that is a tad bit thicker ain’t so bad. I would rather carry that around than a bulky power bank