Speakers, aside from different form factors, have different functionalities or specialties. There are those that are portable yet powerful, others have built-in visualizers, and even some that use other things to produce music. What we have right here is the Philips NX5 which lets users experience somewhat of a DJ feel while playing their tunes.

The Philips NX5 is one tall tower of combined drivers. They are housed using a lightweight wooden body with its face made of plastic. On the top and bottom part are two full range speakers which are the largest, while in the middle are another two drivers that emphasize the high notes. 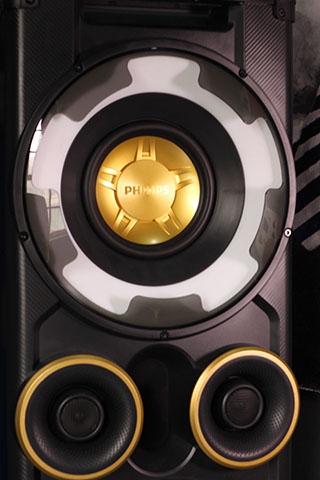 Although its speakers are the eye candy of this huge toy, they are only half the fun as the other half is found up top where different settings and presets can be used to play with your music. 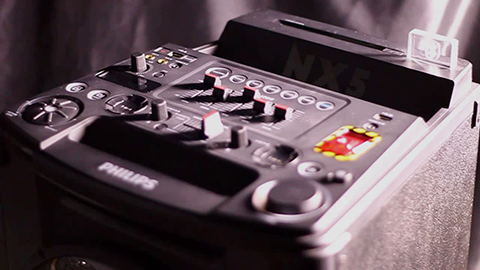 Starting from the very top, you have the slit for playing CDs and right beside it is a clear plastic Bluetooth indicator that lights up with blue light when wirelessly paired with a device. After that we have the buttons for presets like jazz, rock, techno, samba, etc. 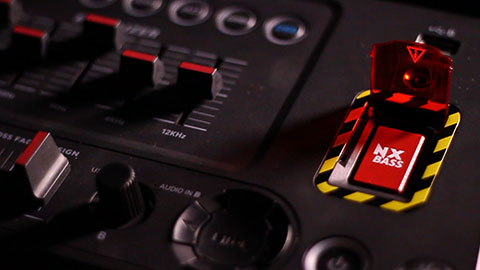 Below that is the equalizer that lets you play with the song’s levels to control how the sound is reproduced. You also have the crossfader that switches between two tracks. Other buttons seen here help in playback like Source knobs, navigation buttons, Finally, the big red button that looks like a nuclear missile button is the NX Bass that boosts the bass levels for a short period of time. Sound quality, as we slowly crank up the volume, gets more and more powerful. The speakers pump out 500W of power which is felt against your body as you stand in front of its drivers especially when you play music with heavy bass. To add more to that, music isn’t just powerful as they’re also well-defined. Bass is especially prominent but not overpowering; it is accompanied by crisp-sounding mids and detailed highs – all resulting to a blissful music-listening experience.

One of the commendable things with the NX5 is its entertainment factor. As mentioned earlier, the two largest speakers light up and when they’re partnered with music, they produce a great light show that’s perfect for every party. The light patterns don’t go with the music, unfortunately, but their behaviour can be changed with a number of presets. 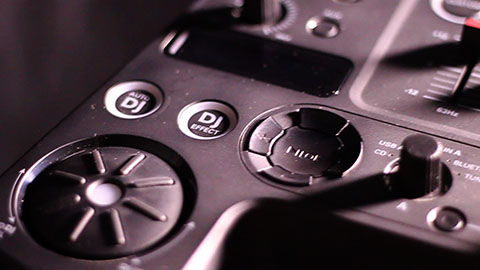 On top of the lighting speakers, users also have the DJ Effects button that lets you put in effects  (scratch, reverb, etc) on top of your music by turning the round, disc-like knob below the button. Do take note that we said it puts effects on top of you music as it does exactly just that. Like for its scratch effect, it doesn’t actually rewind the track backwards but rather overlay a scratching sound onto the music.

Below is a list of features of the NX5. Refer to the timestamps to see what it does on the video below.

The Philips NX5 is perfect for small to medium get-togethers and the likes. Its mesmerizing light show partnered with the ability to play with your music will surely make your house parties a hit. Basically, it’s one entertaining tower of speakers. Sound quality is great – bass is powerful while mids and highs are crisp and soulful, but don’t mistake this as a DJ’s equipment since this is far from what a professional one would use for gigs.

What we didn’t like:
*DJ Effects just overlays effects on top of tracks
*Crossfader doesn’t fade smoothly in between songs

I have trouble with my Philips Nx5 the power button just flicker on and off constantly,no music no light or sound ,what do I need to do

Hi I have a NX5 and love it but I am having trouble with it. When I turn it on all it wants to do is flicker a bit and nothing comes out. The lights are unstable. The remote is the only way I can control the unit. Any ideas on what is going on????

How do I install the antenna. I am not getting anything to work