The Sony EXTRA BASS SRS-XB31 proved to be a promising speaker during our first tango with it thanks to its premium looks and amazing audio. Now, that we’ve put it through its paces does it live up to that promise? Let’s find out in our full review. 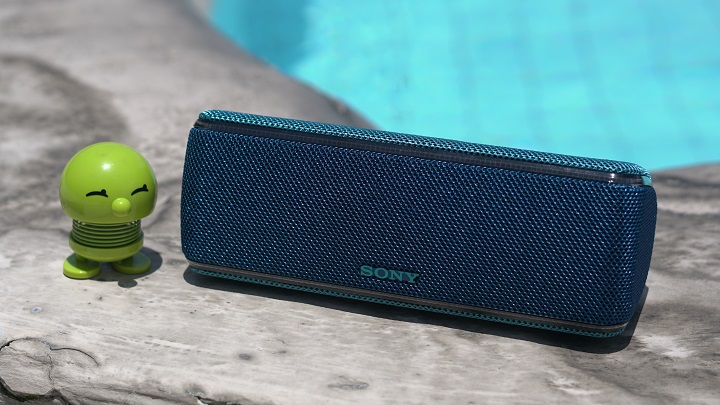 The SRS-XB31 looks a lot different from its predecessor, the XB30. The previous model looked a lot like a capsule with see-through speaker grilles. Now, the XB31 takes a different more modern and rugged approach. It still has an overall capsule shape, but is now boxier and covered in a dust and water-resistant mesh. That solid mesh replaces the see-through grilles we saw with the XB30 but light can still peep through. 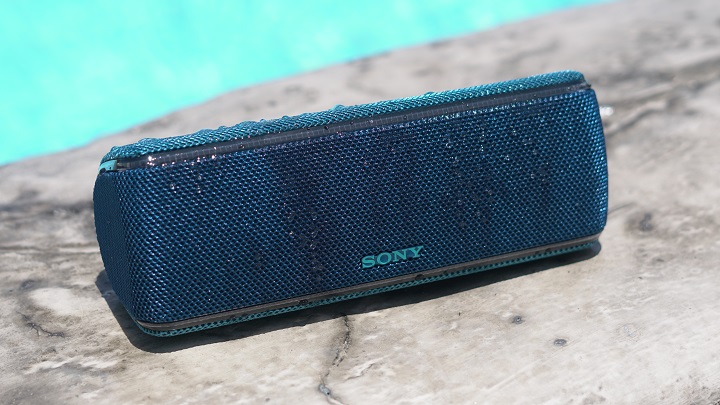 As for button layout, we have on top the power/pairing button, volume up and down, and pause and play. Opposite the buttons, is an NFC detection area.

At the back, there are additional buttons and ports protected by a rubber flap. Here you’ll find the micro USB charging input, aux-in, and reset button. There’s an additional USB Type-A port that you can use to charge another device, meaning it doubles as a power bank! 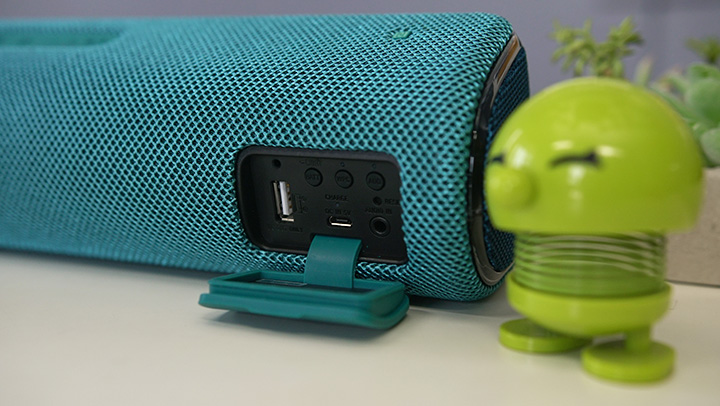 There are also additional buttons for checking the battery life (batt), wireless party chain (wpc), and adding in a secondary speaker for left and right channel functions (add). 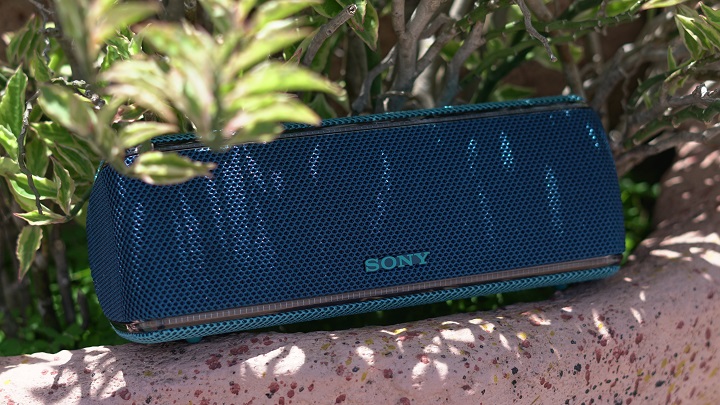 Audio-wise, it’s very impressive. Mids and highs are spot-on and it can get really loud, enough to fill a medium-sized room. Lows are also present, especially at high volumes. Audio is also crisp and clear on any volume level, even at the highest output.

Speaking of highest output, we never really had to pump it to the max as the speaker already captured our entire studio at just 80-90%. The more you use it as a portable speaker, the more you’ll appreciate how great it truly is. 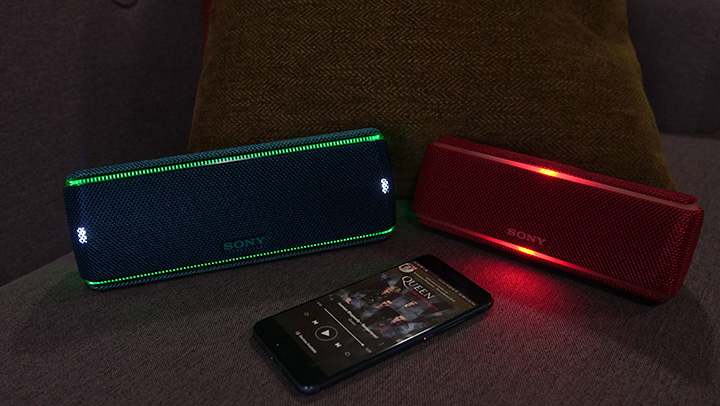 We also thoroughly enjoyed the “wireless party chain” feature, as if the SRS-XB31 alone wasn’t enough. Sony did a pretty good job with this feature as even the lower, higher, older, and newer models can be synced together.

We paired the speaker with it’s smaller brother, the SRS-XB21, and the two worked together flawlessly in providing us with an enjoyable listening experience. Despite their audio quality differences, the resulting blend was still very satisfying and really built for party usage. 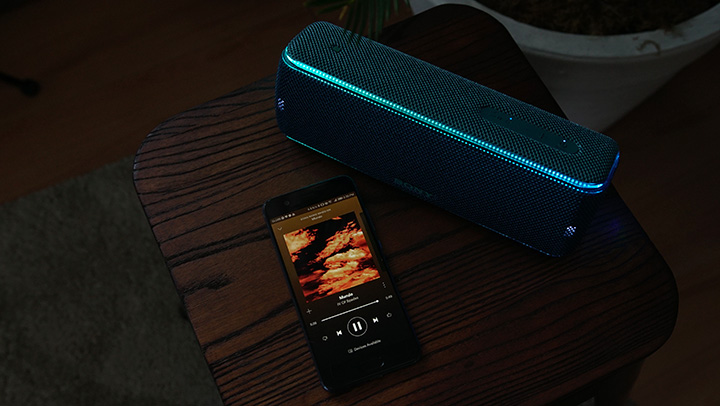 A Sony party speaker is never complete without lighting. As such, the SRS-XB31 comes with light strips that surround most of its front panel. These RGB LED strips also act as a kind of equalizer and syncs with the music being played, apart from adding disco effects to the surrounding vicinity. There are also additional side lights inside the front panel that’s linked to the bass. 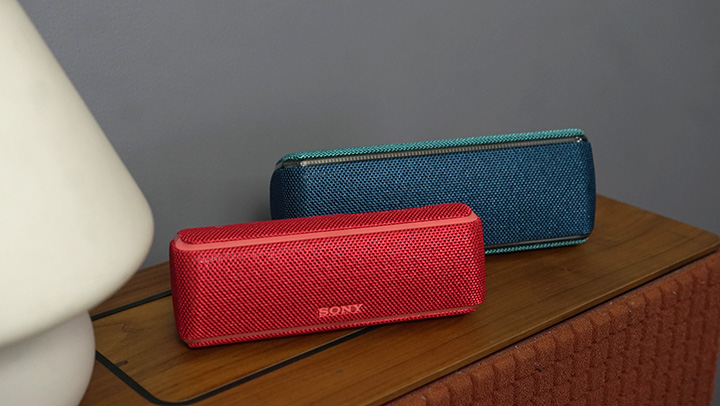 There’s also the Sony Music Center app that you can download from the Google Play Store or Apple App store to wirelessly control your speaker. Although we really don’t see the need for it as the volume control is synced with your device and there’s Spotify compatibility as well. Perhaps, its only real use is when grouping speakers together but that’s just when you’re gonna use “wireless party chain”. Oh and controlling the lighting, if you wish to spice up your parties more. Also, compatibility is a hit or miss for some Android devices. 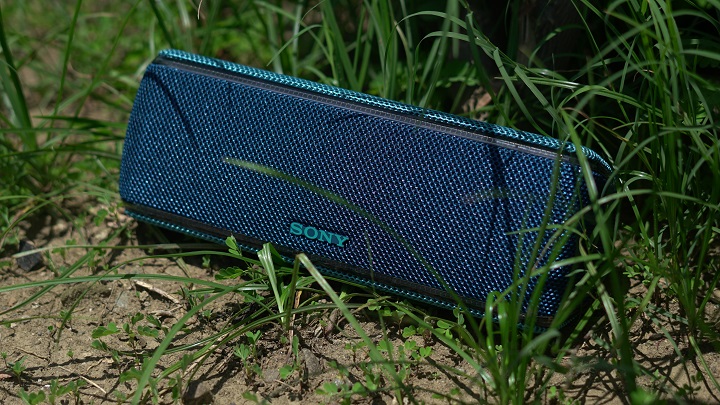 Sony rated the SRS-XB31’s battery life at up to 24 hours with standard use and without lights. We can say that they closely nailed that claim. During our first week of use, we only had to plug it twice. That’s with around 4-5 hours of continuous music playback with the party lights on. Of course, battery life will be less once you use it as a power bank. There is no real visual battery percent indicator but you can press the “batt” button at the back to be notified of its levels. 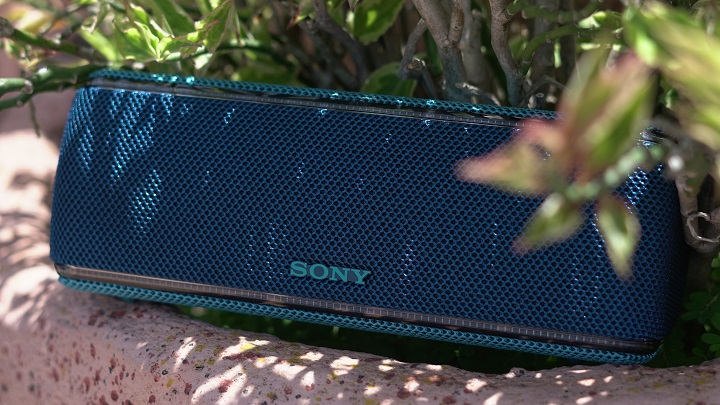 The only important indicator you’d have to take note of is when it’s slowly flashing and when it flashes three times then turns off. For the first indicator that means it’s running at less than 10% battery and can no longer provide juice to other devices. The other notification means the battery is completely depleted.

The SRS-XB31 certainly lived up to the hype it first gave us during our initial hands-on. It truly is a premium looking rugged speakers with amazing overall audio quality, solid structure, and superb battery life. Add in that ability to double as a power bank and you have a party speaker that has a little something extra. There really isn’t anything to complain about here, well except for one thing. It is a tad expensive though at Php 7,419 but given all the nice things you get, we’d say it’s definitely worth it.