The Sony Smartwatch 3 is the company’s first Android Wear-powered smartwatch. With a water-resistant body and Google’s wearable OS to boot, could it be the next wearable gear you’ll need? Here’s a quick review. 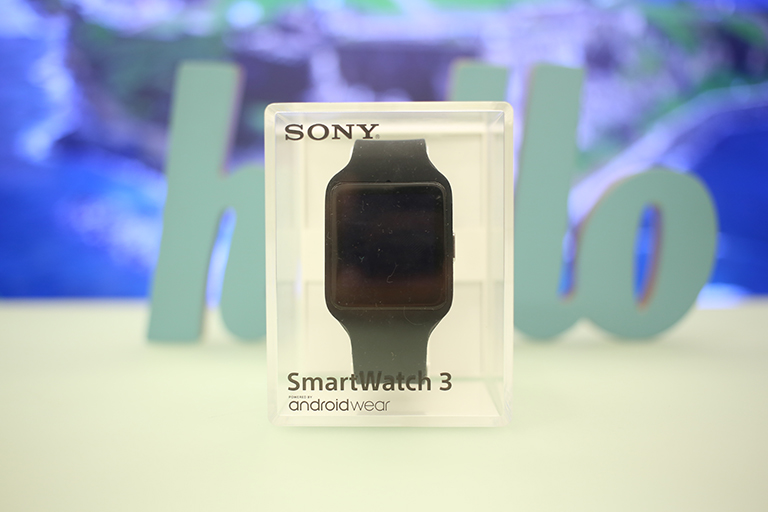 The Smartwatch 3 presents itself with a straightforward design that leans more on the sporty and active side.  The watch face is square with visible parts for the bezel and display, and is placed below a glass screen with rounded edges for a smoother navigation. The lone long button at the right side is presented with a chrome accent for easy location. At the back of the watch face is the metal plate with a small rubber flap at the bottom where the microUSB charging port is located. 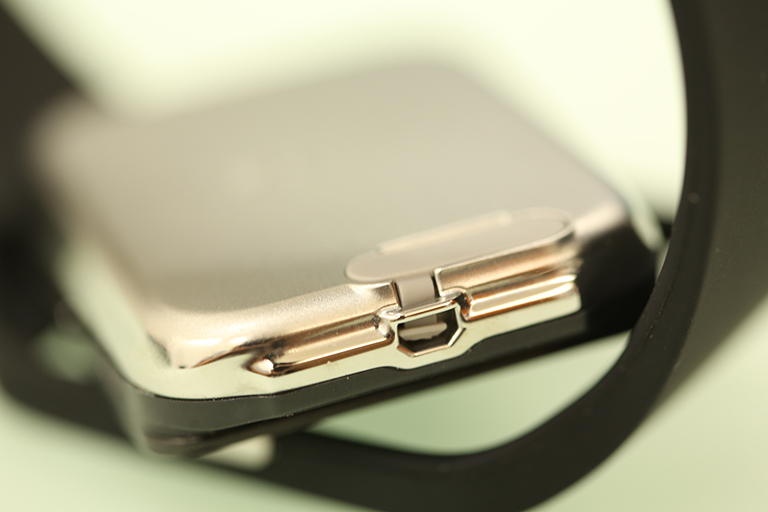 The whole watch module is enclosed on a rubber strap with an accompanying lock mechanism that is latched secure enough to withstand pressure from forces that may be. A gripe is that the lock may become a bit loose in the long run and may produce a spring-like feel, but does not affect the overall locking mechanism.

Overall, it’s about the weight of my regular watch and is a joy to wear on everyday activities as it does not give off a hefty feel on the wrist.The watch module is removable as well, which could be helpful should you wish to clean your rubber strap in a snap. One gripe is that the strap itself attracts a lot of grime and fluff as evident in close up shots, but can be easily cleaned given its composition.

The 1.6-inch display, despite being presented in an unorthodox square shape, displays a good resolution at a 312ppi state. The colors are good, the brightness is good enough to be seen outdoors without much glare, and viewing angles are not a problem. 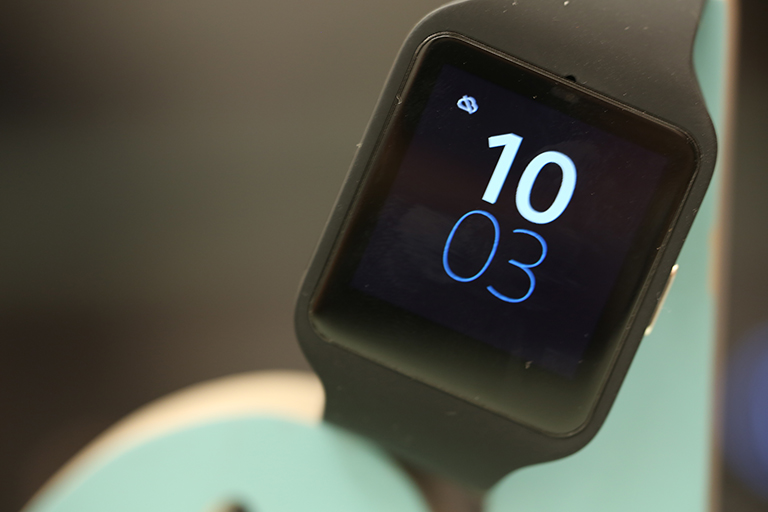 When idle, the display is transflective, akin to regular digital wristwatches where the sun helps in displaying time. As such, it’s still visible when checked against the harsh noon sunlight. The same can’t be said at night, where one would need to wake the device up to see the time properly — the transflective display is not that visible enough.

It’s also water-resistant — the IP68 rating made it easier for us to traverse through the rain without worrying about damage to the watch.

The Smartwatch 3 is powered by a stock version of Android Wear which is aesthetically pleasing and easy to use and navigate. You get to swipe down for the toggle control panel, up for notifications, and left for a list of applications and contacts available on your device. There are a few apps pre-installed such as Google Fit, Google Play Music, and Sony’s own music app where tracks can be synced and played straight on the device as long as there is a connected bluetooth audio gear.

With the implementation, it’s been easy to fiddle around the device and make your usual things along with Android wear-compatible apps. I got to reply a lot faster with voice recognition-assisted messaging and a few pre-made reply responses, while reminders and notifications are fed right through my device.

Aside from the stock implementation, there were also consistent, regular updates which we almost appreciated. While the first update brought improvements to the device, a second one removed most of the notification panel’s buttons and made it harder to unpair with an Android smartphone as it required a factory reset to do so.

Compatibility may also be an issue as the smartwatch has exclusive apps only available on Sony Xperia smartphones — there’s Lifelog. a health-based app documenting your journey with the watch, and the company’s own music app that lets you sync playlists flawlessly into your wearable and comes pre-installed in the smartwatch.

When not paired and connected to a smartphone, the Smartwatch 3 can last up to a full day of just time telling while medium uto heavy use consisting of Bluetooth music listening, and other application while connected to the main device would render at an average of 6-8hours. Initial pairing via bluetooth would take a bit of time, but nonetheless worth it.

You can also pair the smartwatch to an audio headset or speaker via NFC or bluetooth. This is most recommended especially when you’d go for a jog or exercise as the watch can store up music synced from your phone with its 4GB internal storage. Other connectivity options such as WiFi and NFC work well. It’s also one of the first smartwatches to pack in a built-in GPS, and we’ve found it to be accurate when we had our daily walks and travels.

While charging the 420mAh battery is relatively quick at 30-40 minutes, it could’ve seen a wireless cradle for charging as we’re concerned with the subsequent wear and tear of the microUSB port cover flap as we learned to recharge once or twice every day. I’m not the guy usually donning wearables as I still think they’re not necessity, but the time spent with the Sony Smartwatch 3 made me realize that it’s actually a good piece of device you might actually like. While it sports a pretty unconventional watch face, its design and construction, and the integration of the Android Wear made this a hit for me. It’s also easy to wear and is very secure (even inside the MRT), and does not feel that heavy considering it has all the bells and whistles of what is a digital wearable.

One thing that could hinder me from getting this myself is the price. At Php11,990 for the regular rubber straps and Php12,990 for the metallic strap variant (additional rubber straps available at Php1,490), it’s a bit on the expensive side. There’s also that annoying flap at the back that needs to be connected to a microUSB port whenever it needs a recharge, and a concern that it may wear out over time.

You can, of course, choose other smartwatches that are relatively cheaper (and can be replaces with your favorite watch bands, too), but the Sony Smartwatch 3 makes it a point to be a sporty, quintessential time-telling wearable you would want on your wishlist this holiday season.