Even when several people are planning to get a Smart TV, some still want their traditional TV; just by adding a Smart TV box, they can already indulge on some features that Smart TVs offer. Now, we get a chance to take a look at the Xtreamer Prodigy. Check out our full review after the break. 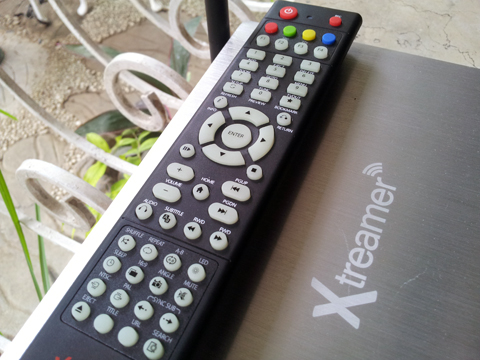 Due to the use of plastic and brushed metal materials, the streamer itself feels like it’s somewhere in between heavy and light. It’s manageable as it can be easily carried, but you won’t be comfortable doing that for long periods of time.

The brushed metal material covers the top and the sides with a very clean and premium look, while the rest is made out of black plastic. It looks classy to look at, but hold it for long periods of time, you might get the impression that it’s made out of cheap materials. On the front you’ll see the power button, the volume controls, an SD/MMC card reader, the IR and a tray for an HDD drive.

The streamer’s remote was very light and easy to hold on to. However, it was quite long. Reaching from top to bottom was quite a hassle, but other than that, there were no problems at all.

There was quite a learning curve on how to use some features through the buttons on the remote. We didn’t end up using every button, but it was okay to have the rest as extra. 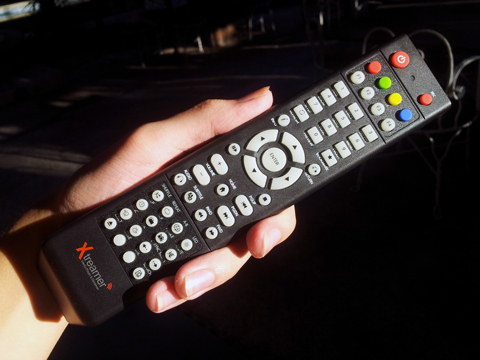 Buttons felt tactile and there were low cases of accidental presses. In fact, the remote is quite good – there was just one big major problem though — there was no keyboard.

It was a major problem to have no keyboard. It would take so much time to type things on the internet; you had to navigate through the letters on the screen using only up, down, left, right and delete.

The streamer runs on a much customized Linux platform, including Android 2.2.

We have to admit, we had quite some trouble learning on how things work from the homescreen. There was a lot of programs installed, and some even didn’t seem to have any use. For example, they had a YouTube app which wouldn’t work (we weren’t sure if we did something wrong) and there was another YouTube app called ‘YouTube XL’, which worked and was good in experience. 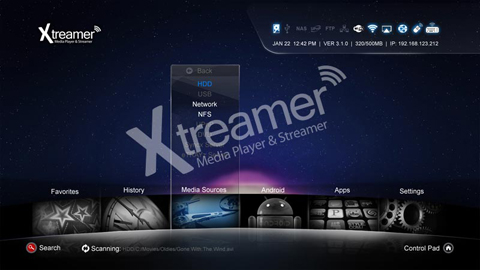 Bloatware didn’t end there, it was also found on the Android OS that it came with. Android felt like it wasn’t needed – except for the app support of course, but other than that, it just stood up there in one corner, doing nothing.

It even had the game “Fruit Slice” pre-installed, and we had no idea how to make use of it — there was no touchscreen! Truly, the experience didn’t make as much sense as we’d expect it to be.

There is an option however to add a USB mouse and keyboard, but of course, that takes away the whole point of it being a TV. Instead it becomes an under-powered PC.

Inputs through the remote registered easily as the light on the TV box would indicate it, but the experience was slow. It took almost a second for a single press to move the indicators on the UI.

Loading apps and navigating through the homescreen was somewhat slow as well. If you’re going to use internet based applications, you might get inconsistent results. Sometimes, it was slow in rendering videos but there were moments when everything played back smoothly.

Loading and rendering times were usually the slowest, but once you’re up and running, you might not be able to encounter any problems at all as video was clear and sound was rich. Additional to that, it supports tons of codecs.

People get a Smart TV because they want to sit back and relax while accessing content from the internet and from other sources. The idea presented by the Xtreamer Prodigy is firm, but it won’t seem to be a relaxing experience once you’re using it. 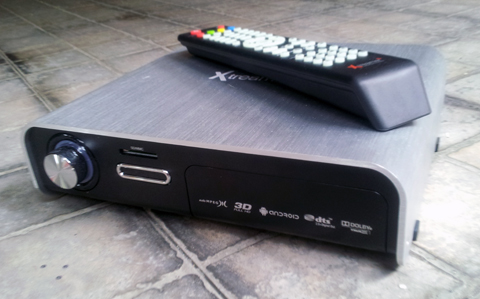 Waiting for inputs to register & navigating through the UI is already a hassle and the lack of a physical keyboard proves to be quite inconvenient. Sure, you can add some accessories through the USB ports, but it won’t still be convenient – might as well get a real computer.

It’s a decent product, but it isn’t quite there where we want it to be yet.