The rise of mobile games is undeniable; there’s a ton of them out there, in every genre, gameplay imaginable. One form of mobile games are gacha games, and they’re a massive success not only in Japan, but they’re also slowly taking over the world. We’ve written an article on gacha games before — see here — but if you need a refresher, gacha games are those games that employ a Free to Play (F2P) mechanic with virtual currencies for users to obtain characters, items, and more in the gacha (or loot boxes). We’ve listed down five more gacha games in English that you can try today. Check them out!

Produced by Yostar Limited, Azur Lane is a gacha game that’s a mixture of RPG, 2D side-scrolling shooter, and tactical elements. Set in an alternate timeline based on World War II, the game features gorgeous female anthropomorphic characters based on warships that participated in the war. Yes, you’ve read that right, warships. Azur Lane first launched in China around May 2017 and in Japan in September 2017, following those launches with an English-language debut in May 2018.

Upon starting the game, players are allowed to select one starter ship from the choices, namely: USS Laffey (and American destroyer), HMS Javelin (a British destroyer), and Z23 (a German destroyer). Players are then referred to by the ship girls as Commander. Apart from its RPG side-scrolling shooter gameplay, Azur Lane also has a “Dormitory” feature where the collected characters can walk around, sit, sleep, or bathe. There’s also a Marriage system where the player can give a “promise ring” to any character they’ve raised 100 affection points with.

Onmyoji is set in mythical ancient Japan where demons and humans co-exist. Developed by NetEase Games, Onmyoji features a turn-based battle system with RPG elements. Based on the series by Baku Yumemakura, Onmyoji takes its players to the Heian period, going on a quest with Abe no Seimei, helping him with retrieving his lost memories. The game is a massive hit in Japan, thanks to incredible visuals and character designs, household voice actors, and amazing soundtrack. With its global launch, Onmyoji also scored a place in iOS’ 10 Best Games of the Year and Facebook’s Best Mobile Game award in 2016.

Players can summon powerful spirits called Shikigamis that have a variety of backstories, skills, and skins. The players can then compose teams out of the Shikigamis they gathered, and use them as they progress in the game. Apart from the single-player RPG element, Onmyoji also allows its players to team up with friends, join guilds, or do battles against other players worldwide in real-time. 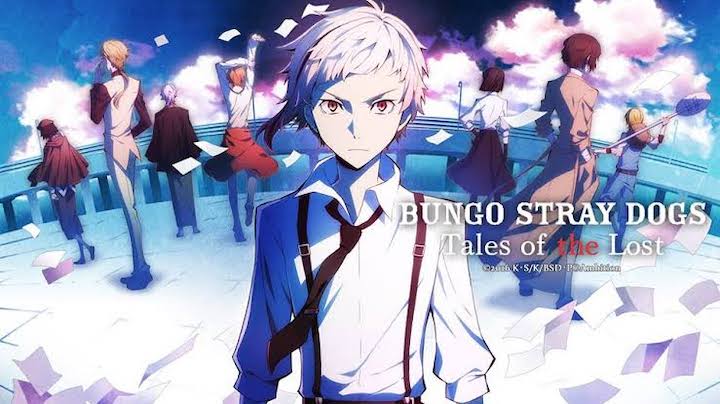 Bungou Stray Dogs: Tales of the Lost is the first-ever mobile game of the hit manga and anime series Bungou Stray Dogs (BSD). Known in Japan as Bungou Stray Dogs: Mayoi Inu Kaikitan, the game is also commonly shortened to and referred to as Bungou Mayoi. As it is based on an existing series, the game features all the characters from BSD with game-exclusive illustrations, animations, voiced lines, outfits, and more.

See also  Alcatel intros 'affordable' U5 and A3 smartphones

Bungou Mayoi is a tile-matching game with an RPG element to it as it has an actual main storyline. The game allows players to compose teams with their favorite BSD characters and use their unique abilities to score points in the tile-matching levels and defeat the enemies.

BanG Dream! Girls Band Party! is a multimedia franchise created by Bushiroad, the same company that publishes the Love Live! School Idol Festival mobile games. Commonly shortened to as Bandori, the franchise first launched in 2015 with the musical band called Poppin’Party, followed by a launch of four more groups, namely Afterglow, Pastel Palettes, Roselia, and Hello Happy World in 2017. From then on, Bandori spawned not only a mobile game, but also music CDs, live concerts, card games, manga, anime, and more.

The Bandori mobile rhythm game features the player in the role of a worker at CiRCLE, a live band house, and has the player help out Poppin’Party in getting more girl bands to join an event. Aside from the rhythm game element that lets players play various songs by the Bandori bands, the game also features a primary storyline that unlocks more songs when players progress through the levels. It also has a 2.5D movement using Live2D technology, allowing the sprites of the characters to move in the stories, quests animatedly, and even on the home screen.

Card collecting mobile games are massively popular in Japan, and A3! is just one of the many games enjoying that success. Developed by Liber Entertainment, A3! is an abbreviation of “Act! Addict! Actors!” and is an “Ikemen actor raising” game. In Japan, ikemen stands for hot, handsome, good-looking guys. Sure enough, the characters of A3 embody the very definition of ikemen. A3’s eye-catching character designs and fully-voiced story with a fantastic voice actor cast coupled with the card-collecting, Otome game aspect surely drew audiences in Japan, and the game single-handedly brought Liber Entertainment into the spotlight.

In A3, players take on the role of a former actress who, in a whirlwind turn of events, finds herself being a director of a theater troupe Mankai Company that may or may not be nearing its end. It’s up to the player to drive Mankai Company back to success, and with that comes the need to find fresh faces with amazing talent. Aside from its story-driven gameplay, A3 also features mini-games, character training, in-game theater performance, catchy pop music, and character interaction with the A3 boys.

What gacha game are you into right now? Share it with us in the comments!