Remember the leaked video of the Chromebook Pixel that we reported? We didn’t expect it to arrive anytime soon. Rather, we didn’t even think of it to be real, but yet here it is for all to see.

This is Google’s own laptop, comparable to their Nexus, Apple’s Macbook and Microsoft’s Surface; this isn’t some third-party hardware running Google’s Chrome OS. The laptop boasts a 12.85-inch 2560 x 1700 touchscreen which will give out a pixel density of 239, easily edging out the Macbook’s Retina Display. Being a Chromebook, it runs Chrome OS. That means you’ll be relying on the cloud. Upon purcahse, you’ll be given 1TB of space on Google Drive along with 32GB of internal memory. We’re not quite sure if this will be practical at present since at some places, internet is still scarce.

Running the show is a Intel Core i5 processor with 4GB RAM and all the goodies you’ll need. The Google Chromebook Pixel is now available for order at the Play Store, which is sadly still unavailable for the Philippines, for $1,299 (WiFi) and $1,499 (4G, due April). That translates to more than Php57,000. 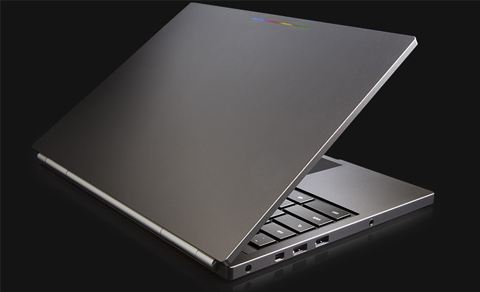 Quite expensive for a Chromebook, but it’s a great step for Google entering the laptop business. Maybe this is the push Chrome OS needs.