Weâ€™re just hours away from Google’s annual developersâ€™ conference happening San Francisco California. And even though we werenâ€™t able to secure a pass for this momentous event, weâ€™ll do our very best to bring you the highlights of the said event. For now here’s our prediction on what to expect on this year’s Google I/O.

While there’s not much word about it, weâ€™re certain that Google’s latest Android OS â€“ Jellybean is set to be formally announced in the 3-day conference. Android Jellybean is highly likely to carry the version number 4.1 (based on our previous article about Google-ASUS Nexus 7) hinting that it may just be a major upgrade to ICS than being a completely new OS. 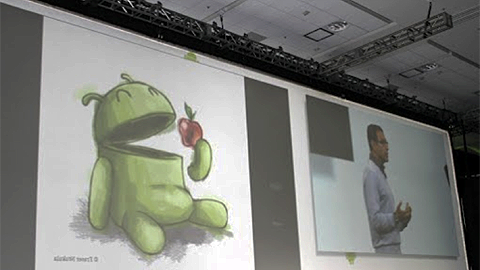 We donâ€™t expect that much of a difference in terms of appearance, but we do expect a handful of enhancements on the UI and overall usability of the OS. In addition, there were also rumors about Jellybean having Siri-like virtual assistant feature called Majel.

If Android Jellybean is to be announced, then Google’s next flagship device will most definitely be announced in the event as well. In the past, the California-based company has partnered with top device manufacturers to aid them with their flagship device. This year is no exception. However, unlike the previous years, Google’s weapon of choice this year may not be a smartphone but a quad-core NVidia Tegra 3-powered tablet.

In our earlier post, we mentioned that our sources spotted a tablet named Nexus 7 in a performance benchmark app which seems to be first the product of Google-ASUS partnership and the first device to run the new Android 4.1.

With Google’s recent purchase of Motorola, we may also see a glimpse of what the company has in store for us in terms of new devices out of this purchase in this year’s developersâ€™ conference.

Weâ€™ve seen a smooth transition from Android Market to Google Play some three months back. And while we donâ€™t expect that drastic of a change, we can probably expect the company to discuss some slight enhancement on how the Google Play sorts and filters app and maybe throw in other improvements in other areas of the store in this conference. Unfortunately, even if were spot on with this prediction of an enhanced Google Play, most of these improvements may not even reach our shores due to lack of support.

When it was announce back in 2010, the lackluster Google TV didnâ€™t quite capture the limelight as the company has expected. But the company has no plans on giving up on it just yet, as rumors revolves around Google announcing their plan of reviving their brainchild from its premature death with a number of improvements in partnership with TV manufacturers.

Will this be enough to make their Google TV hit the mainstream and compete with already established Smart TVs? Let’s wait and see.

Much like the Google TV, the company’s in-house social networking site failed to successfully break in to the market. Although it’s understandable for Google+ to not be able to have a substantial number of members given that it’s up against well-established SNS like Facebook, the company is still willing to exert effort in bringing their site up to speed.

There’s a chance that theyâ€™ll be discussing their plans of giving Google+ at least fair fighting chance against SNS giants in this year’s event. It will not be an easy undertaking but it will be a marvelous feat if they can pull it off.

Weâ€™re also expecting that Google may have already polished some of the rough edges on the Google Map and Earth. On our previous post, we mentioned that further enhancing their navigation app is on the works. However, at the time of the article there were a number of loose ends that needs to be addressed and the build team was tight-lipped about some concerns about the said app. There’s a chance that the company may brush up on this topic and maybe further discuss their plans on enhancing the app.

In our previous post, we also mentioned the company’s venture into the cloud-based storage market with their Google Drive. With other cloud-storage providers already upping the ante with their own gimmicks to further enhance their offerings, we expect that Google will announce their plans to do the same for theirs in this year’s I/O. If this is true, it will be surprising to see how they would differentiate their services from their competitors.

The company is not only aiming for average consumers, theyâ€™re also set their eyes on the enterprise market with their Cloud Platform and Infrastructure as a Service (IaaS). Along with the Google Drive, weâ€™re hoping to see the company discussing their plans for these cloud-based services.

In this year’s event, we may also see some discussions around Chrome OS. It had a tough outing, barely scratching the surface of the OS powerhouse Microsoft in terms of number of users. But just like their other services, Google has no signs of giving up on their OS and we may see them discussing the Chrome OS in Google I/O. Itâ€™ll be interesting to see what they have come up with, especially now that Windows 8 was announced just weeks before this event.

In terms of the Chrome browser, weâ€™re a bit uncertain what Google has up their sleeves. But weâ€™re expecting that one of Jellybeans improvements will be the integration of Chrome Browser to the OS. It’s a long shot, but if this is true then itâ€™ll certainly be a welcome feature of the new Android OS.

Apart from the things that we mentioned above, there are also some Google services and innovations that may also be discussed during the event. Innovation like their â€œProject Glassâ€ is likely to be covered in the conference along with further enhancements on Google Wallet.

Weâ€™re not totally sure if all of these predictions will be true but weâ€™re expecting at least half of it to be discussed during the Google I/O 2012. We will be monitoring the event and weâ€™ll be posting a set of relevant articles about keynotes in the event so stay tuned for updates.