Five Apps to Help You Save Your Phone's Battery

Five Apps to Help You Save Your Phone’s Battery

Compared to phones of the previous decade where batteries give power for 3 days to a week, smartphones of the current generation are battery hoggers. You’d be lucky enough to have one that can last through a whole day. Here are five apps that can help provide your phone’s battery a boost and help you extend your usage. Now if you’re wondering, do battery-saving apps really work? Yes, they actually do. As much as a segment of the smartphone users hate the fact that some of those battery apps are downright buggy and sucks a lot of the power when it shouldn’t even be or fall into the cat-mouse-game of stealthy-running and aggressive killing which unnecessarily consumes more battery juice, there are a few that actually work and lengthen the battery consumption. This list is in no particular order. 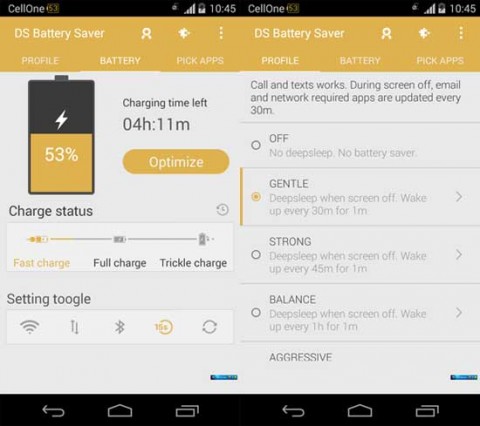 Deep Sleep Battery Saver, as its name says, hibernates your phone during inactivity, thereby putting it in a state of ‘deep sleep’. Users can set periodic intervals at which the app will wake the phone to receive notifications. It also has its own Pro version which unlocks more functions for Php143.08. 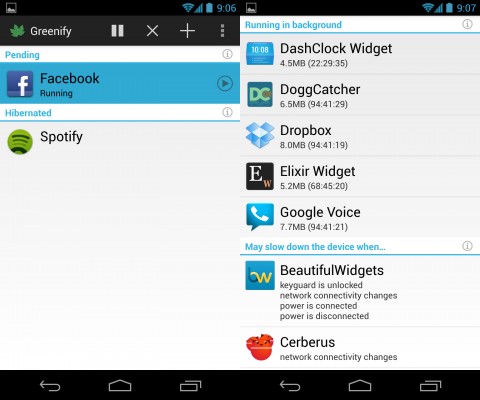 If you have a rooted phone, Greenify is an app that is a must-have. Instead of freezing your battery-hogging apps that makes them unusable, Greenify hibernates your running apps, allowing you to still use them whenever you wanted to. The only downside I’ve seen is that once you’ve ‘greenified’ the app, you can’t see any incoming notifications from it, which isn’t a problem for me since I check those apps only a few times a week. 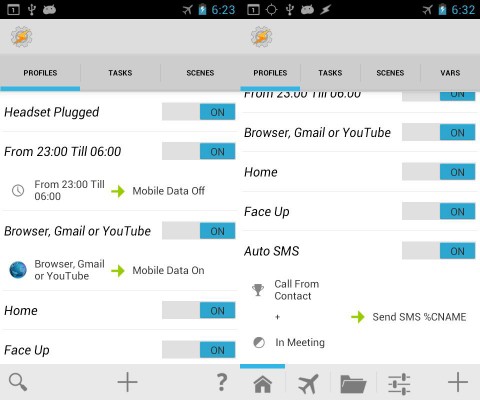 For the advanced users, Tasker is an app that can automate and trigger common functions — from connections to settings to even cellular functions such as SMS. This is one app that doesn’t come in free like the other apps in this list; it costs Php182.76 to use. 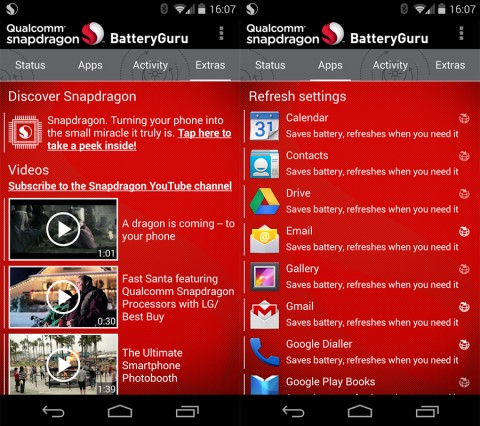 Here’s one for our SnapDragon-equipped phones out there: Battery Guru is Qualcomm’s own application for extending battery performance. Unlike other battery-optimizing apps where you fiddle with a ton of settings to customize, BatteryGuru requires minimal to no settings as it adapts to the phone three to four days after installing, optimizing performance and extending battery life in the long run. 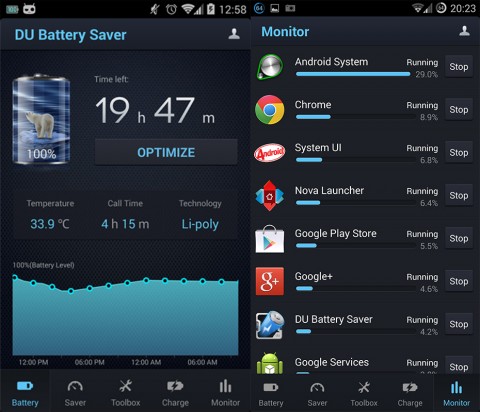 Last but not the least, we have Du Battery Saver Pro. A free version is also available in the Google Play Store, but a purchase of the Pro version can unlock many more battery-efficient settings for rooted and non-rooted phones alike such as intelligent mode switching, auto-clearing apps, and more. This costs Php134.18 to buy.

In addition to these apps, I also recommend that you read our tips on how to save battery life. If these still doesn’t work… well, maybe it’s time to tell yourself that you need to buy a brand new original battery for your device.

Do you agree with this list? Are there any other battery-saving apps you can recommend? You can write down your comments below.