After choosing what CPU, GPU, RAM, and storage you need in a laptop, sometimes the next in line is its display. Now, depending on what you’ll use it for (maybe competitive gaming, maybe content creation or maybe even both), there are a lot of factors to be considered. We know most of you have already come across terms like refresh rate or response time, or TN panels, some may have even asked the question “What in the world is G-sync?” Well today, we’ll answer those questions for you in our Laptop Display 101: Display Types guide. Alright then, let’s go find that display you need. 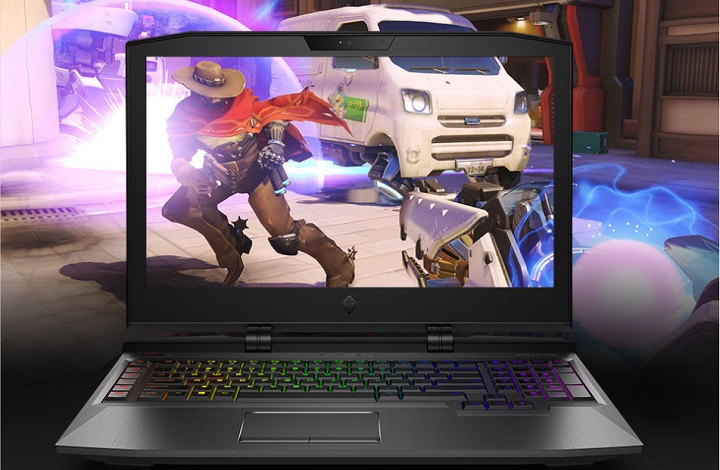 Let’s discuss the most commonly known factor in choosing a display, its display type. Similar to mobile phones, laptops are also equipped with different kinds of panels, though they have fewer options. There are currently three display types available for laptops, and the third one only recently popped up in the market — Twisted Nematic (TN), In-Plane Switching (IPS), and Organic Light-emitting Diode (OLED). Each of these panels have their own advantages and disadvantages.

Before we continue, let’s get this out of the way first; there is no clear “best display type” among the three, as each cater to different needs and audiences. 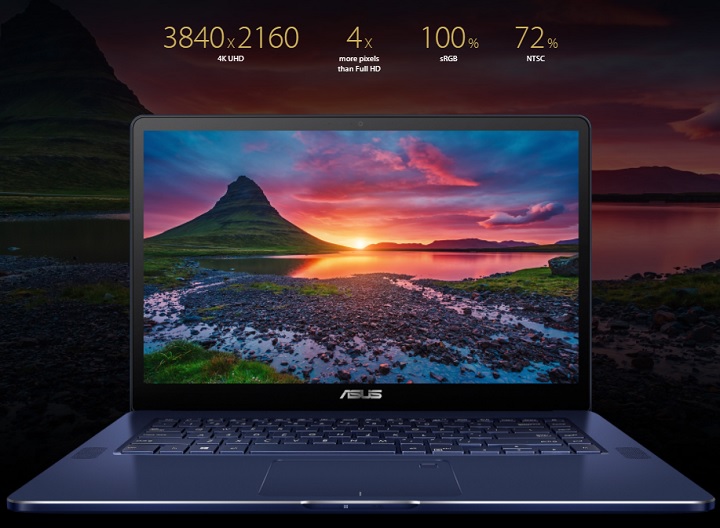 Let’s also be clear with a few terms, namely Response Times, Refresh Rates, and G-Sync. Response times dictate the speed in which a pixel can display a change from either black to white, or from one shade of gray to another. It is often confused with input lag, which is the measurement of how fast a peripheral’s input, say a mouse or a keyboard, registers on the display.

Response time affects visuals on a display more, and is especially important when there is something fast happening on the screen. Response times also affect whether or not a display experiences “ghosting”, a phenomenon where trails of a moving object become visible on the screen because the pixels took to long to shift. This happens more often with longer response time displays.

Refresh rate, on the other hand, is the number of times per second that the screen refreshes the image on it. Refresh rates are different than frame rates, which is a famous method of measurement in benchmarking the performance of devices. That is because refresh rate actually dictates the maximum frame rate a screen can display, which is why it’s better to have higher refresh rates when using powerful devices. For example, if you’re averaging >100fps but the display’s refresh rate is only 60Hz, then all you’re actually seeing is 60fps.

Lastly, G-Sync, Nvidia’s proprietary display technology. G-sync synchronizes the refresh rate of your display to the framerate of your Nvidia graphics card or chip. This is done to eliminate visual artifacts, screen tearing, input lag, and stuttering. The end result is smoother gameplay and visuals. The counterpart to this on AMD’s side is Freesync technology, which pretty much does the same thing except for Radeon cards and Freesync supported displays. Although, FreeSync is not yet available on laptops.

With that settled, let’s talk about their individual advantages and disadvantages.

First up, is Twisted Nematic or more commonly known as TN. TN panels are actually the oldest of the three display types, as they have been widely used since the 1980’s and were even considered as a technological breakthrough in display technology during its early development. Of course, today it now has fierce competition from other display types, but it still remains as one of the most widely used panels for laptops, especially in the entry-level and budget segment.

The main reason why TN panels are so famous is that they are cheaper to manufacture than the two other types. There are more expensive TN panels on the market though, and these are the high-quality ones that are mainly used in some high-end laptops and gaming monitors. It is also widely regarded in the gaming community and is one of the go-to panel types for professional and competitive gaming. That is because TN panels can have high refresh rates and low response times at a much lower price compared to IPS and OLED.

While TN panels are great for competitive and professional gaming, it’s generally not good for content creation, media consumption or even on some games like RPGs or Adventure games, which have vivid sceneries. This is because TN panels have poor viewing angles and bad color reproduction and accuracy. There are high-quality TN panels with excellent color reproduction and accuracy and overall better viewing angles, but they still can’t compete with the likes of IPS or OLED in these regards. Not to mention, they will cost an arm and a leg. 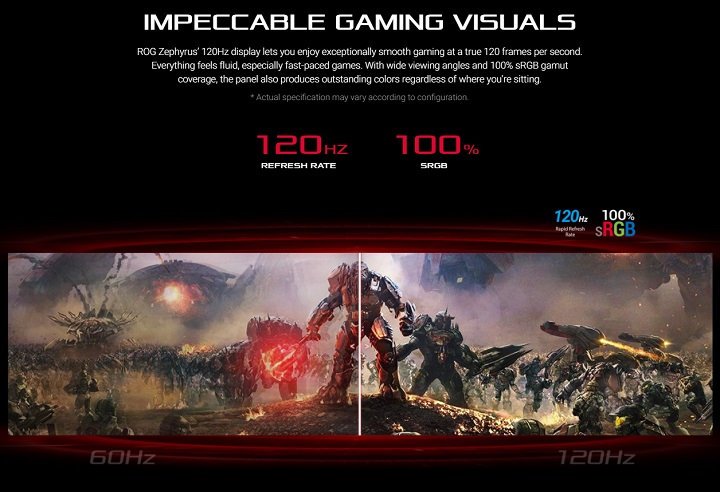 Okay next up, is In-Plane Switching or more commonly known as IPS. There was a need to address the underlying issues with TN panels, namely their poor viewing angles and subpar color reproduction and accuracy.  So, what developers came up with was IPS, a panel that can maintain all-around good viewing angles and consistently provide excellent color reproduction and accuracy. The drawbacks were that response times became longer and refresh rates got capped at a certain point (60Hz max). Only recently did IPS panels with >60Hz refresh rates start to pop up. Apart from that, these panels are also more expensive to manufacture than TN, which is why most laptops with IPS displays are in the upper-mid range to high-end category.

IPS panels are a good fit for content creation and media consumption due to their improved viewing angles, color reproduction, and accuracy. They also offer a good gameplay experience for games that take advantage of better colors such as RPGs and Adventure games. Although, they are no longer much of a choice for competitive and professional gamers due to their slower response times and lower refresh rates. There are IPS panels on the market now with higher refresh rates but, like high-quality TN panels, these cost an arm and a leg.

Organic Light-emitting Diode or OLED for short is a type of display that has been available on the market for quite some time already. It has been more utilized in TVs and mobile phones rather than in mobile PCs. It has only recently made its way into the laptop market. OLED displays are like IPS panels, but on steroids. This means that they have even better color reproduction and accuracy while maintaining good viewing angles. Blacks are also more vivid on OLED displays more than on any other kind of panel. 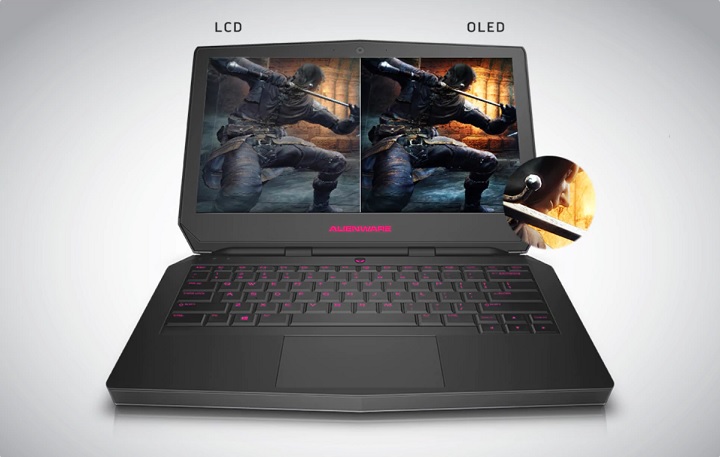 The downsides to OLED displays is that they draw more power and are prone to display burn-in. Burn-in is when an image, shown for prolonged periods of time, remains on the screen despite no longer being displayed. A good example of this is the Windows taskbar — when burn-ins occur in a display, the taskbar will remain on the screen despite shifting to other tasks like watching movies or playing games. Although this happens less frequently now due to incremental improvement, the risks of it happening are still there, so do operate OLED displays with care.

Just like with IPS panels, OLED displays are perfect for content creators, movie lovers, and those who enjoy playing games that do not require fast response times. Still, the biggest caveat is that OLED displays are even much more expensive than IPS.

Let’s wrap up. TN panels are generally better for tasks requiring fast response times such as fast-paced games. These are also cheaper to manufacture so consumers on a budget can lean on them more.

IPS, on the other hand, provides better viewing angles and better color reproduction and accuracy than TN, which is a perfect fit for content creators, movie lovers and for playing games with vivid sceneries. However, IPS panels are generally more expensive, so these are for consumers with extra money to spare.

Then we have OLED displays, which is essentially IPS on steroids, but carries the risk of burn-in, and is more power-hungry. Devices with these panels are the most expensive of the bunch, so these are only for consumers with very deep pockets. 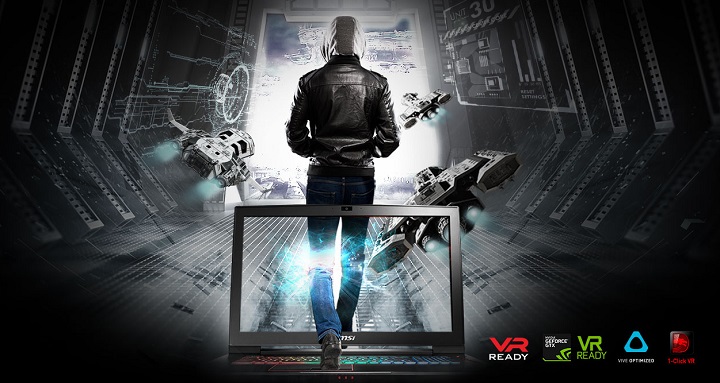 We have created guides for gaming laptops and editing laptops should you require deeper information in choosing a device. Since there are no major updates in hardware just yet, these guides can still be considered relevant: