It’s definitely Christmas time! Are you hiding again from your godchildren who are asking for holiday presents? Having a hard time budgeting money to purchase gifts for a lot of people? Let us help you with your yuletide woes. Here are ten tech items priced under Php1000. 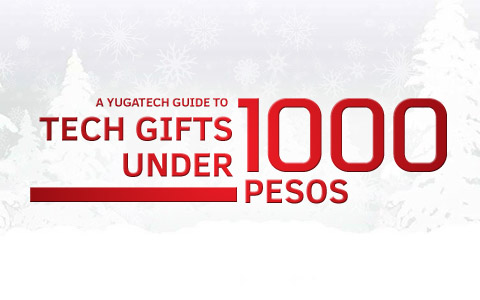 We may be done with our Christmas Gadget Guide for this year, but we heard a few of our readers are requesting for gift ideas that wouldn’t normally cost an arm and a leg to purchase. While most in this list are on the more expensive side of the Php1k chain, there will always be alternatives that might even cost you less than these. With the right set of bargain hunting skills, you can actually find some of them at your nearest tech shop. Check out five of the top places that become our destination when hunting for awesome deals offline.

Items are listed according to price in descending order. We’ll also mention where you can buy them, as indicated after the price. Definitely not endorsing anything here. Let’s start, shall we? 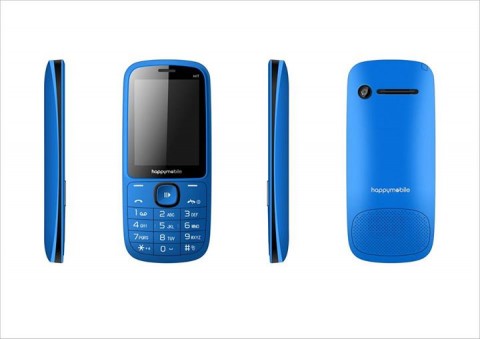 A basic phone is what comes into anyone’s mind when we ask them to name a gadget one can buy under a grand. It’s worth to mention that a lot of brands, local or international, have a version of their own bar phones, selling for as low as Php399 (CD-R King). Happy Mobile may be relatively be new in the market, and its bar phone called Hit is definitely hitting the right spots at one peso off a grand. Available in a variety of eye-popping colors, the Hit is equipped with a 1.3-megapixel camera, dual-SIM, mobile TV, and a 1200mAh battery capacity, good enough to be anyone’s secondary phone.

Here’s a tip: When buying bar phones, check the battery capacity included in each model. Some sell as high as 999php but offer very small battery capacities, which range from 600 to 900mAh. A very useful gift you can give this Christmas is a flash drive. For employees and students alike, a flash drive is very essential as it keeps important documents we can bring on the go. How about a flash drive that can also serve as an OTG USB for your smartphone too? Also priced a peso off a grand, Kingcom has a 32GB USB + OTG flash drive available. The lifetime warranty indicated on the packaging sounds as tempting as it could be as well. Keep in mind that OTG is phone-dependent, so you may have to check with your manufacturer if it is supported.

Here’s a tip: If you just simply want a new quality flash drive, there are actually stores that sell a lot of them for cheaps. I’ve seen and bought Sandisk flash drives from stores in SM Cyberzone for a lot less than those in the big IT shops, and it can go for as low as Php230 for an 8GB one. 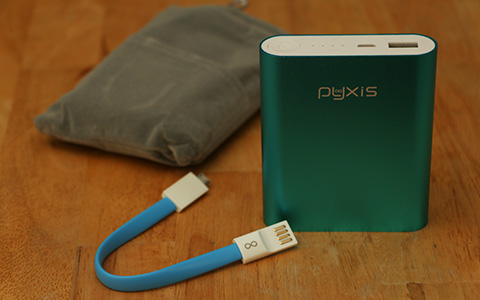 We all, or most of us, have that one friend who always complains about his phone’s battery every now and then, so why not surprise him with a gadget that can extend its juice? Cherry Mobile recently announced that it will be carrying the Pyxis 10200 mAh powerbank in its concept stores and kiosks. A powerbank that actually looks and feels like XiaoMi’s Mi Powerbank down to the paint finish, you can get up to 10,200mAh of power that is good for three to four charges.

Here’s a tip: Not feeling this one? You can check out our list of best bang-for-the-buck powerbanks you can buy right now. We also mentioned how powerbanks work, and here are five things you might not know about them. 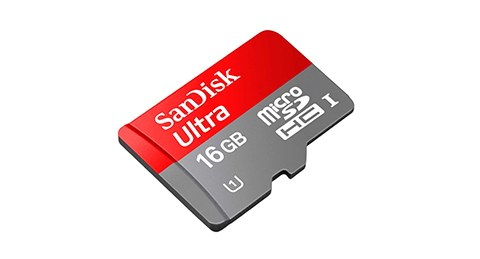 A microSD card is a smartphone companion. Without it, where would we store our music, photos, and videos besides the internal storage? CMKCellphones has a Sandisk Ultra Class 10 16GB microSDHC card available for less than a grand. Sandisk’s Ultra line is specifically made for smartphones and tablets for faster file transfers, resulting in a more seamless process. There are also alternatives like ADATA 32GB Class 4 microSD Card worth Php999, and KingCom’s own 32GB microSD cards rated at Class 6 for a few bucks off at Php930.

Here’s a tip: Wonder what those ‘class’ specification printed in your microSD cards are? Those actually matter. Classes on cards indicate performances in read/write transfers, hence the difference in speed and performance. For example, a Class 4 memory card have read/write speeds up to 4MB/s, and it’s a recommended class for the average smartphone user. For those who are keen on modifying their phone through rooting and apps such as App2SD, a class 6 or more is optimal. For best results when shooting a full HD video with a smartphone or a full-fledged camera, get a Class 10 card. For those who can’t travel on the road without music like this author, an audio device is very important. Besides listening to your favorite songs whether on Spotify or music loaded onto your phone, it also saves you the hassle of listening to unwanted chatters in public transportation, and kill boredom whenever a long waiting time is necessary. A good-quality in-ear headphone worth less than a grand is Coloud Pop, which also has a microphone for taking in calls. Besides the Coloud Pop, there are also a few worth mentioning: Sony comfortable fit earphones worth Php999, Philips Bass Sound SHE3590 worth Php699; as well as Genius HS-M210 and A4Tech iSecureFit MK-650-R, both at Php350.

Here’s a tip: When shopping for a new headphone, listen to a song that you know by heart. You know how it sounds on your old cans, so you should be able to see the difference when you listen to them on a new one. 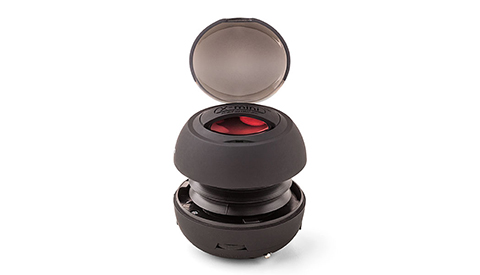 Speaking of audio devices, here’s one you should definitely check out. This X-Mini is so small and lightweight, it can actually fit in your jacket pockets.  The X A-V1.1 Portable Speaker is designed to be taken just about anywhere. It also has a reasonable battery life clocked in at around six hours, thus it can be great for outdoor trips. 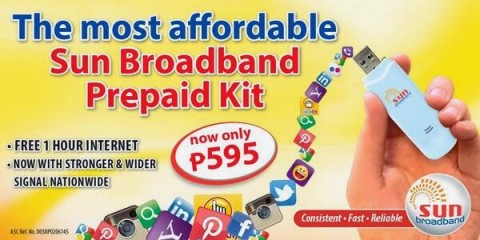 We may be at the time where users flock onto their mobile phones to connect to the internet, but how about a time when our laptops are in dire need of a internet connection when there’s no WiFi around? Besides tethering your phone which consumes battery, another way is to use a standalone USB 3G internet dongle. Sun Cellular offers one for Php595 as a prepaid broadband package, including a free SIM Card. Other networks offer dongles too at the same price range.

Here’s a tip:  Buying a USB modem may be more available in the telecom network shops, but there are also unlocked ones that can be bought on other stores. These, however, tend to sell over a grand. The cheapest we found is a ZTE MF70 WiFI/4G LTE dongle for Php1,498. 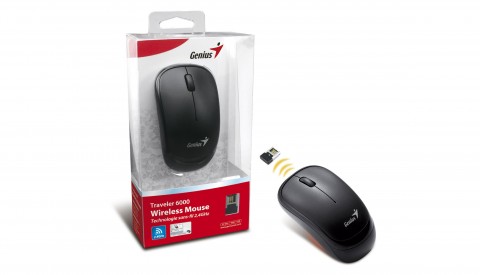 At this point in time, everyone wants to go on a life without cords. Why not give someone a wireless mouse? This 2.4 Ghz Genius wireless mouse features a 1000dpi optical engine and a power switch to lengthen its battery life, providing a comfortable, intuitive control you expect for your PC. Other contenders include an assortment of Logitech wireless mice: m235 (Php750), m187 (Php699), and m185 (Php650).

Here are a few tips: Use Windows Task Scheduler to show or change your shutdown system sound to play a reminder that you need to turn off your mouse. Avoid mixing battery brands, and use alkaline ones for optimum performance and longer battery life. Turn them off when travelling too. They move a lot when travelling, so they consume power even when they feature sleep modes. 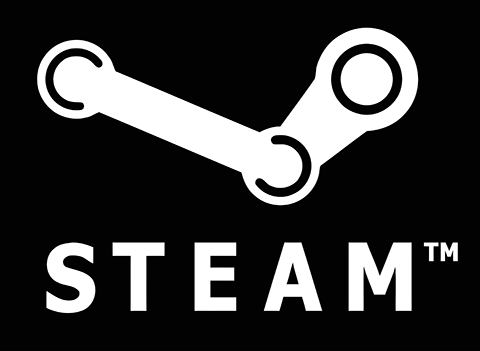 Besides getting productive and socializing, one more reason why we flock to PCs are because of games. Steam is a really popular software for everything game recreational. While most play DOTA2, there are also a good selection of game titles that can be found on its community website. We reported before that you can now purchase them in Philippine Peso currency, and we’ve received reports that a lot of them have been cheaper since the currency conversion started. The cheapest game we’ve seen? The pixelated Super Amazing Wagon Adventure being sold for Php99.95. I personally like the Game of Thrones: A TellTale Game Series (Php759.95).

Here’s a tip: If you’re not familiar with Steam, there are also free-to-play games available. Last but not the least, we have everyone’s favorite — a smartphone case, whether it be hard plastic, leather, rubber, or a combination of materials. Besides giving your phone added protection from sudden bumps and falls, it also gives your phone its own personality, something we’ve been missing since smartphones sold like hotcakes. For as low as Php20 on sale at CD-R King, Php100-250 on several tiangge-style stores, and Php500 above on a few entry-level branded ones, it is definitely one phone accessory everyone loves.

Here’s a tip: If you’re looking for a case for a local phone brand or an old phone model, search for them on low-end malls such as Farmer’s Plaza in Cubao. Cases for international ones can easily be spotted in malls. I also find rubber cases more durable than the hard plastic bumpers, as the latter suffer cracks and breakage from wear and tear especially when it’s not branded.

That’s it for our top tech gadgets to buy in under a grand. Is something missing on the list? Recommend them down at the comments section below.

I would like to bookmark this blog, as a big fan of tech I use t search all gadgets and devices, and finally got this one, Looking forward to your next latest post.

Where can you buy Happy Mobile Hit here in Metro Manila?

The chpeast game is FREE

The Genius Wireless Mouse Traveler 6000Z is not a good catch. I had mine replaced twice already. The mouse scroll gets easily broken. I won’t recommend getting it. After the replacements, I just decided to let it be.

Can you make a list of affordable earphones? Please. :)

Yes please! Bang for buck (1k below) earphones would be nice this x-mas. Please give us a reviewy

Yes please! Bang for buck (pref 1k below) earphones would be nice this x-mas. Please give us a reviewy

As for Steam games, I suggest gifting a copy of the superb game Bad Rats. It only costs P36.95. A Steam review said, it’s like Skyrim with rats.

totally agree. 10/10, would gift this to all my steam friends

there are some sub 1K bluetooth headphones and headsets