The GoPro Hero5 cameras were just locally-launched and while at the event, they gave a sneak peak of the company’s first-ever drone to soon land on store shelves.

The GoPro Karma boasts portability with its folding arms and includes a remote control plus a grip in the package. Join us in this quick hands-on experience with the drone. 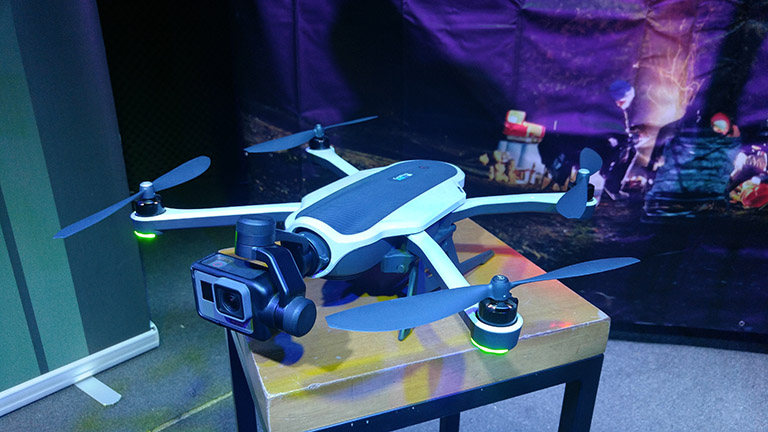 Clocking in at a little over a kilogram, the Karma is pretty light to bring around and could even be easily held with one hand. The body is made generally of hard plastic that reduces the weight but doesn’t feel cheap at all. The power button is at the tail end of the device. To power it up, a simple press-and-hold does the trick. 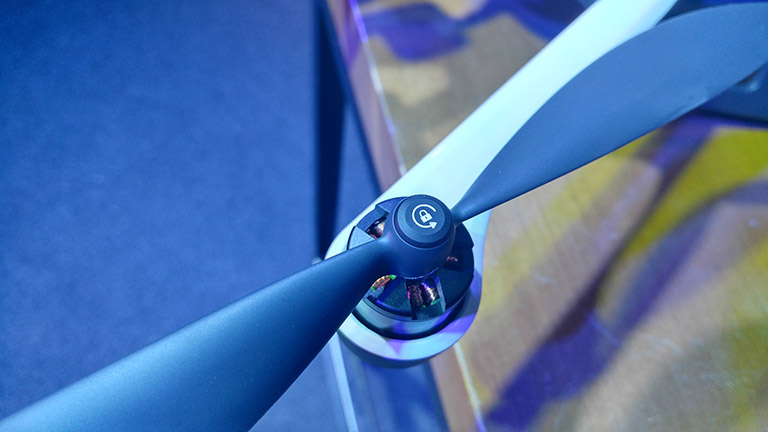 The propellers are removable with a simple twist, but keep in mind that it could be packed in its carrying bag with the blades still on. This makes things simpler and makes setting up and packing a lot faster. The plastic feet are collapsible inwards so the device lays flat.

The battery is tucked at the back and is removable by sliding it out. Lodged at the battery pack itself, there are four LED lights that indicate how much battery is left before you need to charge or replace it with another pack. 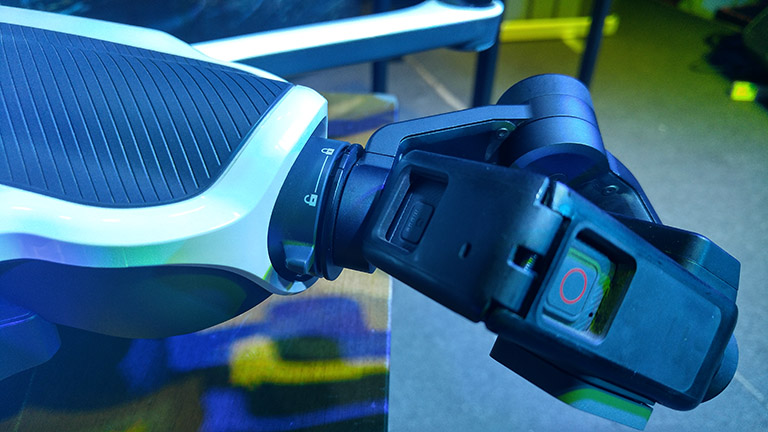 If you still don’t know, what makes the Karma unique compared to other drones is its capability to have its gymbal removed so it could attach to the included grip — making it function similar to a DJI Osmo. 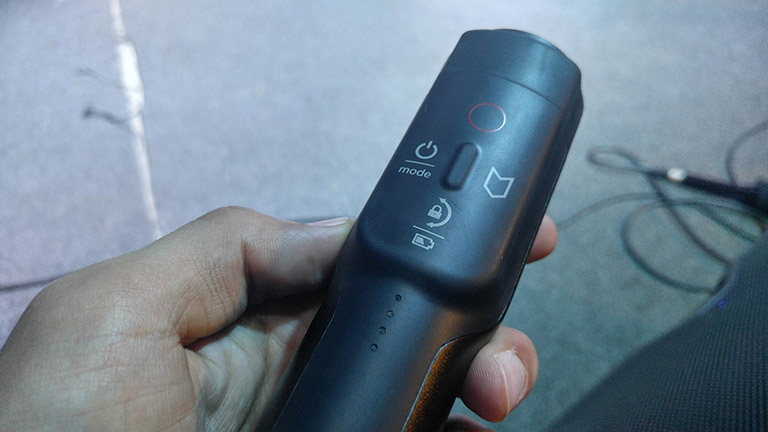 The grip has its own controls for switching between modes and locking the gymbal. Meanwhile, the controller is a bit hefty at 625 grams but feels very solid and well-built. It has two joysticks with the left controlling the altitude and yaw, while the right dictates pitch and roll. You’ll also see the main power button up top with two more buttons under it for powering up the Karma and for automatic landing.

The controller features a touchscreen LCD which you can use to cycle through different shooting modes and tweak settings. It also displays all the vital information like how far the drone is from you, remaining battery, live view, and a whole lot more. With this controller, you’ll no longer need your phone which has been the common setup when flying drones similar to this. 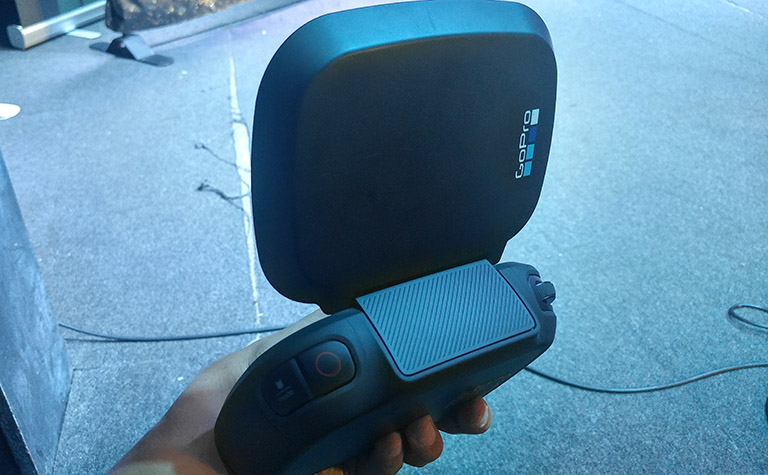 Just like a gaming controller, it has a trigger button at the right corner that activates recording while the other side features a rotating wheel for tilting the camera up or down during flight. 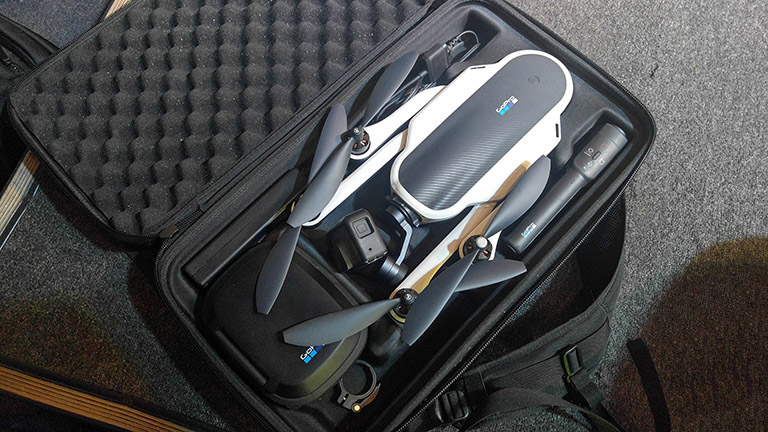 We’ve had the chance to try out its Learn To Fly mode on the controller itself which teaches you the basic controls of the Karma. It was sort of like a mini-game played on a portable console and it was both entertaining and easy. Too bad we didn’t get to fly the Karma itself as we were indoors.

The GoPro Karma is indeed a promising device for those who simply want to fly a drone for the first time and achieve stunning footage. It’s easy to use, portable, and functions as a complete shooting setup with its capability to be used as a handheld steadycam.

It will be available in the Philippines early next year. The package includes the Karma Drone, Karma Controller, stabilizer and harness, charger, battery, six propellers, Karma Grip, and Karma Case. See bundles and pricing below: