The Windows 8 launch is just ten days away and Microsoft has already aired its first advertisement for its Surface tablet. 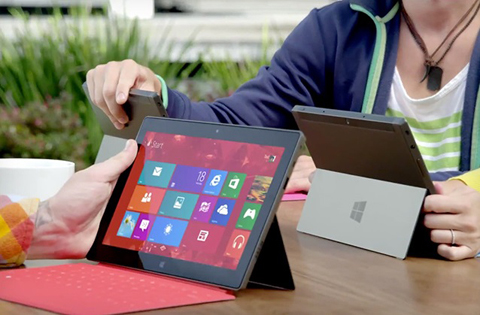 Called “The Surface Movement”, the colorful ad revolves around the clicking sound the Surface makes from its kickstand or when connected to its magnetic keyboard. Personally, I find the sound really satisfying. The rest feels like a sponsored trailer for the next ‘Step Up’ movie. Watch the video below and see for yourself.

The Surface ad is part of Microsoft’s billion dollar marketing campaign for Windows 8 which will be released on October 26. Judging from its marketing stance, Microsoft really wants to make a killing on the Surface and its upcoming OS.