OPPO recently launched in the country its latest mid-range smartphone and successor to the F7, the OPPO F9. It features upgraded specs and a new look that will appeal to those who want a sophisticated-looking device. If you’re contemplating on buying one, here are five reasons why you should. One of the first things we like about the OPPO F9 is its eye-catching design, especially its backside. It features a reflective finish with gradient colors (Sunrise Red and Twilight Blue) which shifts depending on the angle. In addition, OPPO implemented a petal-shaped pattern to make it more enticing. The rest of the body compliments the look as well like its metallic frame and the chrome accent around the rear cameras.

Next is the 6.93-inch Full HD+ waterdrop screen that got its name from the design of the notch that looks like, well, a tiny waterdrop. Personally, we like it compared to the conventional notch designs as it is less distracting gives more screen space. In fact, it has a 19.5:9 aspect ratio and a screen-to-body ratio of 90.8%, which gives a good viewing experience, especially when watching videos or playing games. The OPPO F9 sports dual rear cameras consisting of a 16MP main and 2MP secondary. It’s also a selfie-centric smartphone thanks to its 25MP front camera. These cameras are assisted by AI with scene recognition so it can automatically make the enhancements based on the scene. It can provide bokeh effects, AI Beautification 2.1 than can identify 296 positioning spots, AR Stickers, and Portrait with light effects that are found on the OPPO Find X. The OPPO F9 is powered by a MediaTek Helio P60 chip that is also found in its predecessor, the F7. However, OPPO increased the RAM to 6GB from 4GB to accommodate heavy multitaskers. When it comes to storage, the F9 has 64GB onboard but has a dedicated microSD card slot which is a big plus for users craving for an expandable storage. 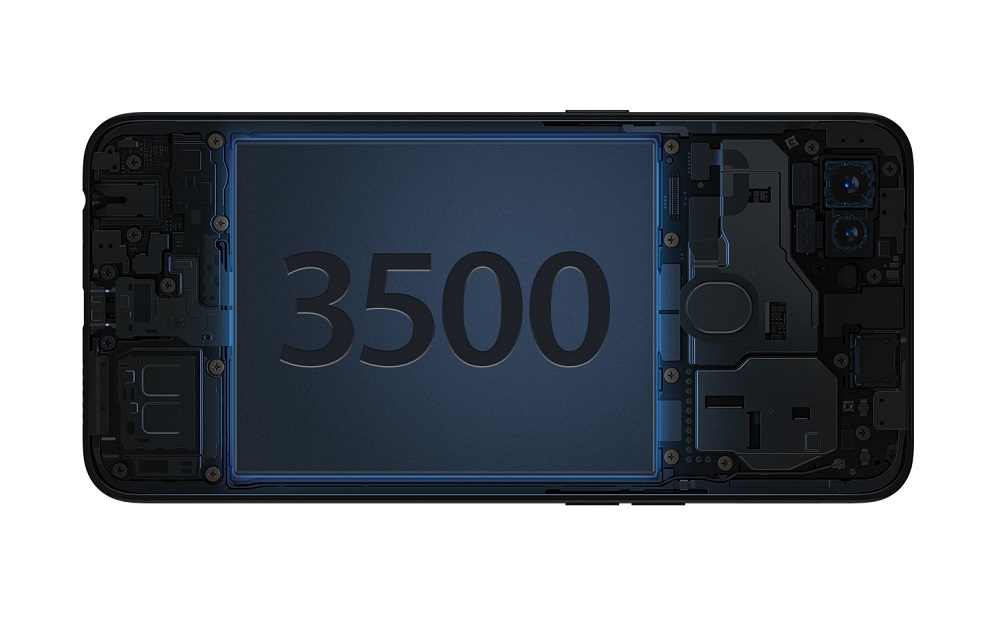 One of the main highlights of the OPPO F9 is the VOOC Flash Charge that is found in the OPPO Find X. OPPO says that you can get 2 hours of talk time with just 5 minutes of charge. As for the battery, the F9 is equipped with a 3,500mAh power pack, which is an above average battery capacity for a mid-ranger. OPPO also equipped it with a smart battery management system that learns your usage patterns and habits over time then saves power by closing inactive apps.

The OPPO F9 is available for pre-order in stores and authorized dealers later this month for Php17,990. You can read our in-depth hands-on here.