The Acer Liquid S1 is the Taiwanese company’s 5.7-inch offering that packs a quad-core CPU, 1GB of RAM, Android 4.2.2 Jellybean, and dual-SIM capabilities. Find out what this large smartphone has to offer by reading our review below. 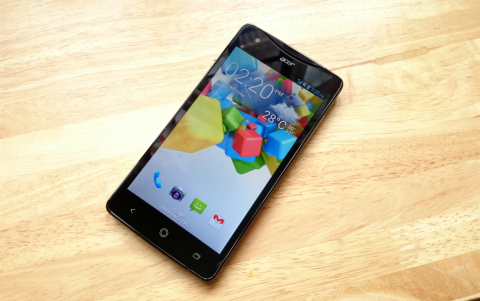 We had a hands-on of the Liquid S1 back in June at Computex 2013 in Taipei. You can read all about it here.

The first time we took it out of the box, we were impressed by its design and build. It’s noticeably large thanks to its 5.7-inch screen but still an attractive piece. It is obvious that Acer designers didn’t just want a generic looking phablet and placed as much curves as possible on the S1. The design cue actually reminds us of some of HTC’s smartphones but good thing Acer managed to pull it off. On hand the device feels solid and thin. Although the body is made of plastic it has great texture and feels good in the hands. The frame has a glossy finish, the sides are of brushed metal, while the backside is matte. It’s a bit hefty though at 195 g, heavier than the Galaxy Note 3 (168 g) but still comfortable to hold. 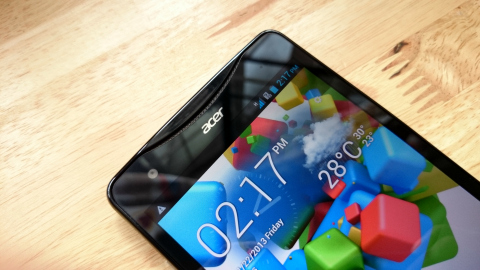 If there’s a downside to the S1’s build it would be the physical buttons. It feels flimsy and rattles when you shake the device. It’s surprising that Acer missed out on that detail. 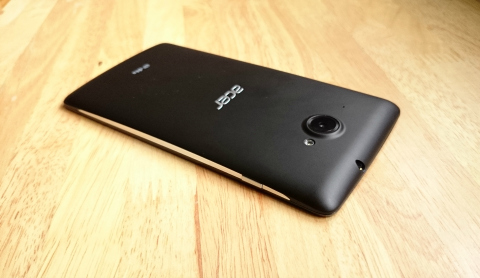 Overall, the S1 has has great design and construction, with exception to the rattling parts. The dual-microSIM support and removable battery are real plus as well. Brightness is average and color reproduction is good, but what’s going to turn off some prospective buyers is the TFT panel being used. It’s not using IPS so details and colors degrade when you start viewing from a different angle.

The S1 is running Android 4.2.2 Jellybean with Acer’s Float UI. The Float feature lets you launch transparent, resizable windows that “floats” on your home screen. You can access the list of windows by long pressing the task button below the display. Simply put, Float is just another way of multitasking which can be found on the likes of Samsung’s and Sony’s UI. In terms of UI, everything is pretty much similar to the stock Jellybean OS. Acer didn’t add much visual tweaks but they’ve provided users settings to change lockscreen shortcuts and transition effects. As for apps, aside from the usual Google goodies, the S1 comes with its own apps and tools like the Acer Cloud, Auto Profile, Easy Hotspot, Live Screen, and third-party apps like Evernote, Moodagent, Polaris Office, and Skitch. 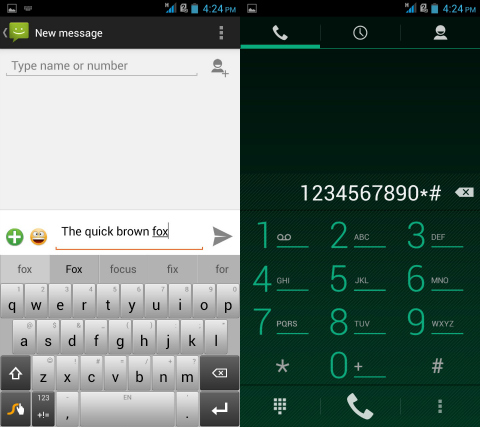 All in all that leaves you with a total of 4.57GB of usable storage out of the 8GB on board.

The Liquid S1 is equipped with an 8 megapixel rear camera with LED flash and a 2 megapixel front-facing. The main shooter performed really well as it locks in on the subject fast and shoots quick. However, the focus sometimes has difficulty holding on to the subject. A little movement and it will try to refocus again. 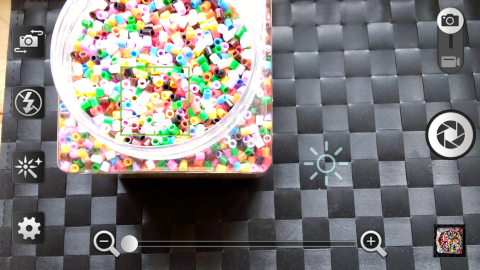 Another thing that we liked about the camera is the manual control for exposure and focus. Just tap one the subject to focus then you can drag the a secondary icon to adjust exposure. This is something you don’t see much on other smartphones’ default camera. The S1’s camera comes with a slew of features as well like Panorama, Smile Shutter, Beautification, HDR, and filters to name a few. As for its imaging prowess, we’re pretty much impressed with the image quality it can produce. Take a look at the sample shots below:

The 5.7-inch display on the S1 makes the device a great multimedia companion especially if you like watching movies. Make sure that you angle it properly though to get the best viewing experience. The speakers are capable of producing very audible sounds with decent amount of bass. It’s not exactly banging loud but with DTS Studio Sound on board, it makes listening to movies and music much better.

The Liquid S1 is powered by a Mediatek 1.5GHz quad-core CPU, PowerVR SGX 544MP GPU, 1GB of RAM, and Android 4.2.2 Jellybean. It’s not exactly something you’d consider a bad-ass configuration it’s enough to make regular tasks run smoothly on the S1. You’ll be able to play some of the big games out there but don’t expect blazing-fast speeds or being able to play at the highest settings. The S1 is equipped with a 2,400mAh battery. It may seem small compared to other phablets out there especially those that are carrying at least 3,000mAh under the hood. But the hardware configuration of the S1 makes it a little more economical when it comes to power consumption.

We played a 1080p movie file on loop in Airplane mode with brightness at 50% and volume at 0%, the result is 8 hours worth of movie playback which is not bad.

Acer really has a nice offering in the form of the Liquid S1. It has a large HD display, great build and design, good camera, dual-SIM capabilities, and very decent battery life too. It even comes with a really neat leatherette flip cover out of the box. What it really comes down to is the price. At Php17,990 it will surely have a hard time competing with the likes of the Huawei Ascend Mate which costs Php1K less. However, if you prefer a large-screened smartphone that is under 6-inches, for a budget under Php20K, then the Acer Liquid S1 is a good phone to have.

What we didn’t like:
* TFT screen
* Rattling physical buttons
* A bit expensive compared to other phablets with similar caliber