First announced during in June at the Computex 2014 in Taiwan, Acer Philippines finally released the Liquid Jade in the country last August in an attempt to capture the mid-range segment of the handset market. 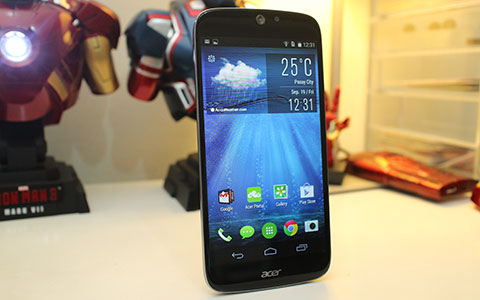 This 5-inch smartphone is perhaps the nicest-looking Android handset Acer has ever made with an all-glossy treatment that doesn’t look or feel cheap. The rounded corners and curved back reminds us of the iPhone 3G, only slightly larger yet retains a thinner and lighter profile. 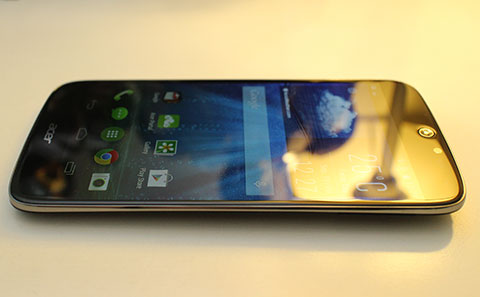 The all-glass front panel is covered with Gorilla Glass 3. The glass is cut along the same contour as the phone and the edges slightly curves outward as it hits the frame. 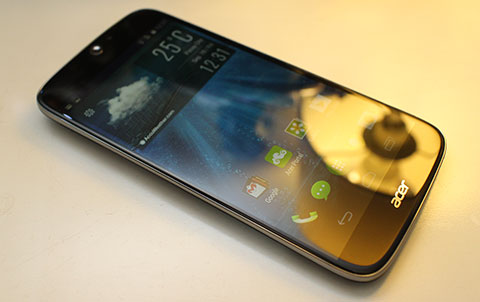 A silver trimming surrounds the entire body with a thin polycarbonate strip in a polished steel appearance. Perhaps that’s what inspired the handset designers from Acer to call it the Liquid Jade.

Aside from the Acer logo at the bottom corner of the front panel, the speakerphone looks very prominent with that circular metal piece that shines like a little Swarovski ornament. 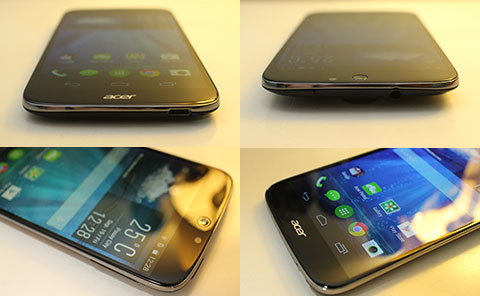 At the back side, the 13-megapixel rear camera is prominently featured and protrudes from the curved body. Just on the left of it are the LED flash and noise-canceling microphone. On the other end, is the circular speakers that seems to have been done more for form rather than function. 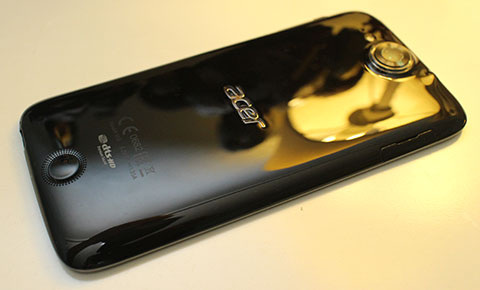 The power button is at the top end along with the 3.5mm audio port. The volume controls are on the right side. The SIM card cradle and microSD slot are tucked along the left side. The Liquid Jade can accommodate 2 nano-SIM cards. The phone is perhaps one of the very few ones that uses a nano-SIM, along with the iPhone and the HTC One M8. 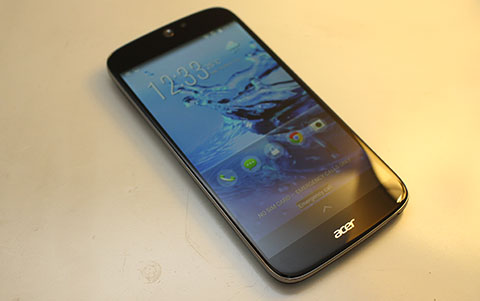 Acer also created a multi-purpose cradle that allows for a single tray to hold two nano-SIMs. The unique design of the tray allows for the 2nd SIM tray to be used by a microSD card, positioned horizontally to fit the smaller slot for the nano-SIM.

So yes, it’s a dual nano-SIM but when you need a microSD card, you cna only use one SIM tray. It’s an acceptable trade-off considering the size and thinness of the device. Acer’s has a custom UI called AcerFloat UI placed on top of Android 4.4. It’s simple and intuitive with a few custom features like Float Caller, Acer SnapNote, and Quick Mode to allow you to switch homescreen modes depending on your preference. 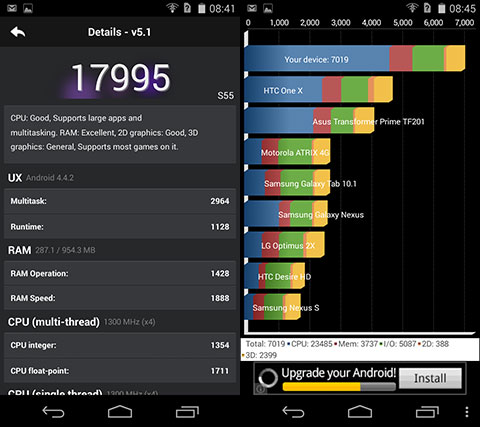 The Liquid Jade is powered by a 1.3GHz quad-core chip from Mediatek and 1GB of RAM. While it’s not that impressive in terms of hardware’s raw power, it’s enough to run Android Kitkat smoothly. 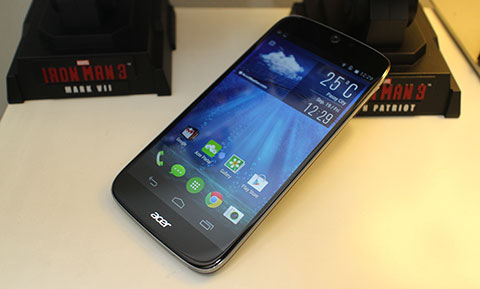 The most interesting feature in the list above for us would be the 13MP rear camera with an f/1.8 aperture. We’ve tried it a couple of times and took really good photos with it.

We also ran some of our standard benchmarks and got these scores:

The Liquid Jade got a score of 17,995 on Antutu benchmark and 7,019 on Quadrant Standard. Score for Nenamark 2 is at 55.5fps. The scores are decent but nothing to really brag about.

Will post more about the Liquid Jade on our full review in a week or two.