Alcatel has announced its new set of smartphones ahead of CES 2015. It comes in four different screen sizes from 3.5-inches to 5-inches, 3G and LTE connectivity, and is capable of running Windows Phone, Android, or Firefox OS – the OneTouch Pixi 3 series.

The OneTouch Pixi 3 series smartphones comes in four screen sizes: 3.5, 4.0, 4.5, and 5.0-inches. The 3.5-inch Pixi 3 has 3G connectivity while the rest supports 4G LTE. As mentioned earlier, the Pixi 3 series is compatible with three operating systems: Windows Phone, Android, or Firefox OS. Exact pricing is not yet available but Alcatel says it’s going to be affordable. 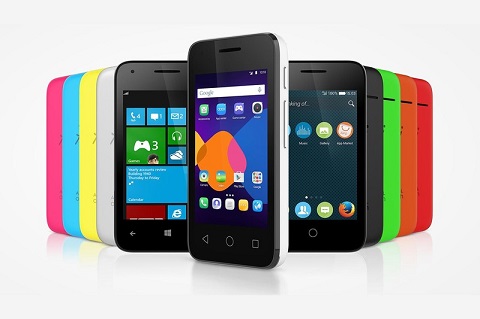 Cross-device integration, from smartphones through to PCs. PIXI 3 series offers consumers simplicity of use and the reassurance of having the same system at home, at the office and on the go. With its OS-agnostic PIXI 3 series, ALCATEL ONETOUCH presents operating-system choices to its customers.