Regarded as one of the best smartphones unveiled in this year’s CES, the Alcatel OneTouch Idol 3 is positioned to be a mid-range multimedia device. The Idol 3 has two versions — a smaller 4.7-inch handset and a bigger 5.5-inch unit that is powered by a Snapdragon 615 chip. 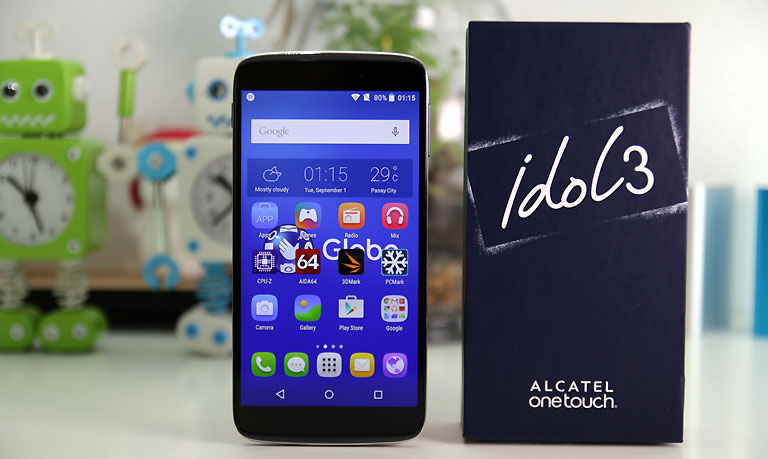 The Idol 3 comes with some pretty interesting features that we have not seen before in any Android phone. The unit is thin and sleek, measuring only 7.4mm on the side. For a 5.5-inch smartphone, the Idol 3 is also very lightweight — just 141 grams compared to some of is contemporaries like the Zenfone 2 which is 170 grams.

The flat design and rounded corners make it look simple at first look but a closer inspection, one will notice that it has a symmetrical front design which means you can turn it up side down and there’s practically no difference (except perhaps in the placement of the front-facing camera). This allows you to use the phone at any orientation with similar user experience. 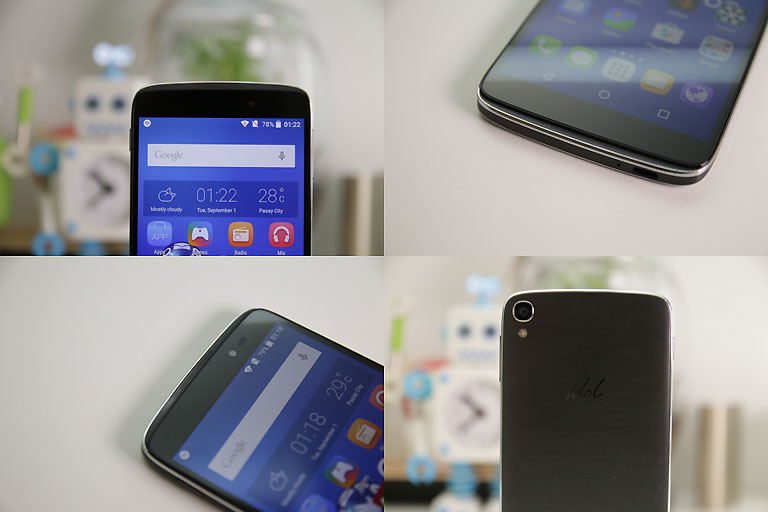 The display screen is also slightly raised from the front panel where the remaining area on both ends is where the front speakers are inconspicuously placed. This is almost the same execution as the HTC One where both speakers are positioned up front for maximum sound exposure. As expected, the dual speakers provided great sound profile, very loud volume range and crisp and clean sound profile. The back panel is flat which slightly tapers towards the edges with the Idol markings right in the center and the Alcatel OneTouch logo far below it. The metallic silver trimmings around the sides add a bit of contrast from the dark brown brushed metal finish of the backside.

The power button is placed along the top left side, a rare placement that is kind of awkward at first until we discovered it’s accessible via the middle finger. Just below that is the micro SIM card and microSD card slot hosted on a single tray. That goes without saying that the thin unibody design does not allow for a removable battery. 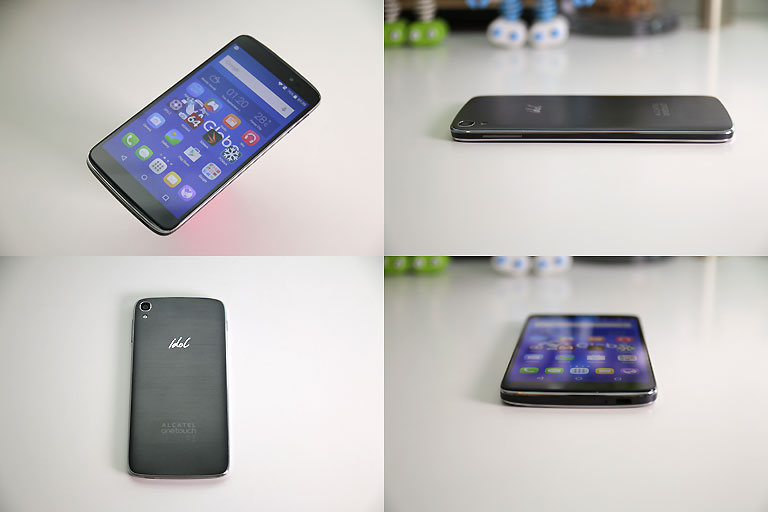 The volume controls are on the right side at the same level as the power button, the 3.5mm audio port is up top and the microUSB charging port is at the bottom end. It’s worth noting that the Idol 3 also comes with a nice JBL earphones.

Also note that only the single SIM variant of the Idol 3 will be available. That’s the one with a 16GB base storage (the double-SIM variant has a 32GB storage). 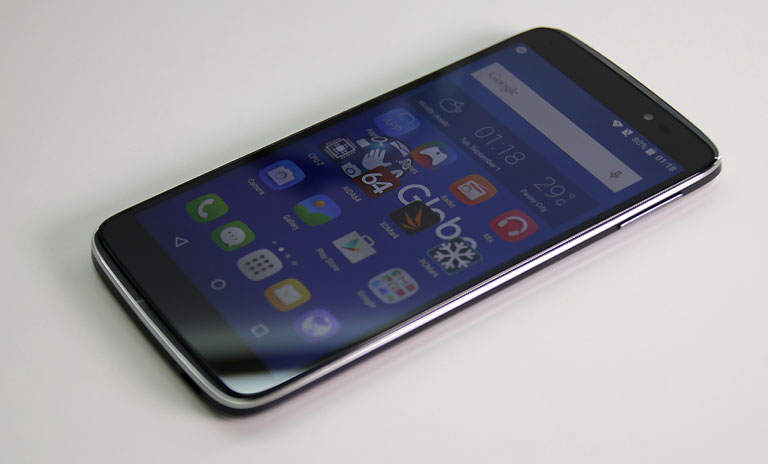 We have been told that Globe Telecom is exclusively offering the Idol 3 (i.e., they were the ones who imported it) this September and will be bundling it with the Alcatel OneTouch Watch (more on that in a separate article). We will update this once we get the details of the postpaid plans.