The official Android blog announces a new update for their latest Android Lollipop OS. The Android 5.1, apart from the usual improvement in stability and performance, also offers new features to look forward to for compatible devices. 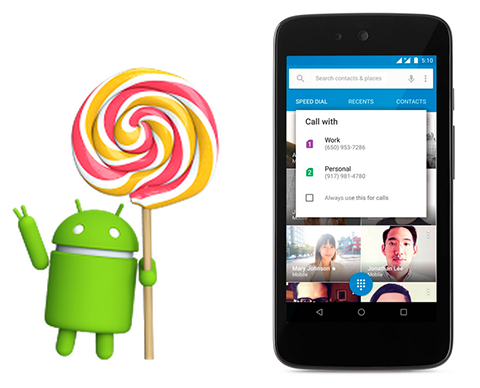 New features that users should expect include:

In addition, the update also rolls out enhancements that let you join Wi-Fi networks and control your paired Bluetooth devices straight from Quick Settings.

Too bad that my S920 Lenovo cannot upgrade to these features :(

Im enjoyin all these features of 5.1 loliipop in my myphone uno!

actually BOTH nexus and android one units get updates first. anyways, do you have any pics or links that it’s still 5.0.1? I need that in my glorious battle against the EVIL CHERRY EMPIRE!

Android One is Entry Level Budget Phone, So they scrimp on the premium hardware…
NEXUS is the Flagship Phone….

Like comparing apples and ORANGES…. ANDROID ONE has 12 year experience in INDIA, yet there is slow adoption,

“ANDROID ONE has 12 year experience in INDIA”

My Cherry Mobile one is 5.1 already.

show us a screenie for your phone os version. may ng.comment kasi na yung version na sa cherry mobile is 5.0.1 NOT 5.1