While people were watching the announcement of Huawei’s latest P-series devices (The P20 and P20 Pro), Apple sneaked in a launch of their own. In an event in Chicago, the well-renowned tech brand unveiled their newest 9.7-inch iPad. It sports a familiar 9.7-inch screen along with some beefy specs. The new iPad features a 9.7-inch Retina Display, Apple’s A10 Fusion chip, 32 or 128GB of Internal Storage, an 8MP rear camera, a 1.2MP HD front camera, and iOS 11. Perhaps the biggest changes, apart from the bump in a few specs, is the support for Apple Pencil and the inclusion of Augmented Reality (AR). Users of the new iPad will now be able to take advantage of mobile writing and drawing with the addition of the Apple Pencil support. Especially graphic artists and content creators. Then there’s AR, which is always a fun and engaging feature to have. 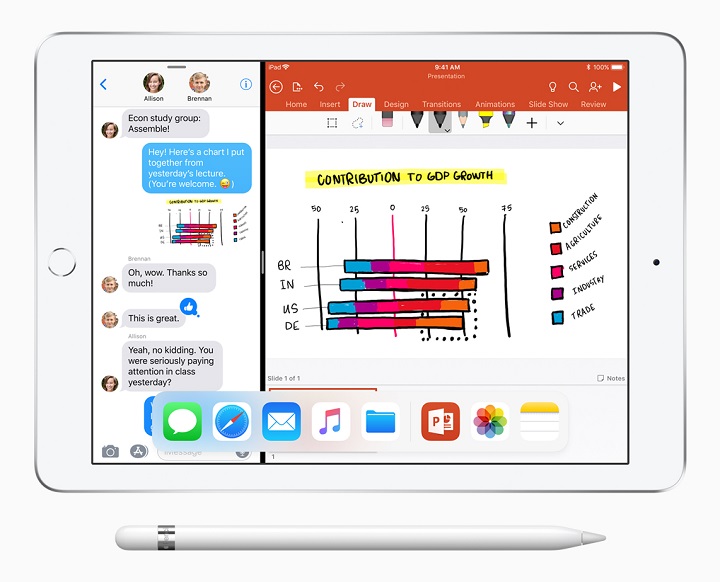 Contrary to previous a leak from Evan Blass, which he has now deleted, this iPad is still very much rocking a home button. That or Apple is brewing another model that is without that circular button we’ve been so accustomed to.

Apple’s new iPad 9.7-inch is now available at their online website and has a starting price of Php 20,990. You can check out the listings here.