ASUS has released a new smartphone for the Chinese market which sports a 5.2-inch display, MediaTek MT6750 CPU, fingerprint scanner, and a large 5,000mAh battery – the Zenfone Pegasus 3S.

The Pegasus 3S is an upgrade to the Zenfone Pegasus 3 which launched in China in June 2016. Compared to the predecessor, the 3S just uses a 3GB RAM, has a higher front camera resolution, and larger battery. 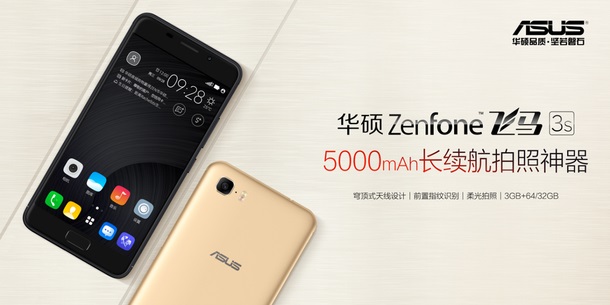