Asus has been preparing for the big leagues and its entry to the flagship category is the Zenfone 3 Deluxe. It’s an ambitious move after introducing the Zenfone brand only 3 years ago, but it’s a move worth commending. Asus is fond of theatrics and just like the Zenfone 2 with its 4GB RAM (a first among smartphones), the Zenfone 3 Deluxe also boasts of 6GB RAM and 256GB of storage, but is that enough to convince users? Let’s find out in our full review below. 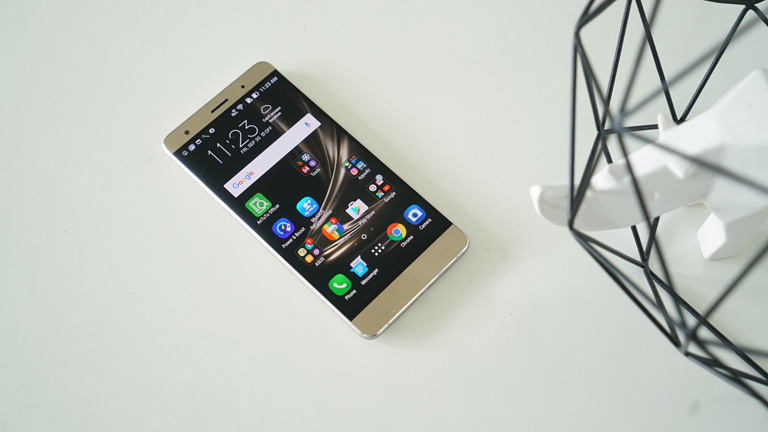 While it does not share much in terms of design signature compared to its siblings, the Zenfone 3, the all-metal build is still a welcomed approach from the previous iterations. While the Zenfone 3 looks much like the Galaxy S6, the Zenfone 3 Deluxe looks a lot like the Huawei Mate S from last year.

For a 5.7-inch handset, the Zenfone 3 Deluxe is actually comfortable to handle with one hand, thanks to the curved back and slim profile. The all metal-body that wraps the glass panel at the front is reminiscent of the design of the Huawei Mate 8 and Mate S. Asus manages to hide the antennas bands very subtly and you don’t even notice them unless you inspect really closely. 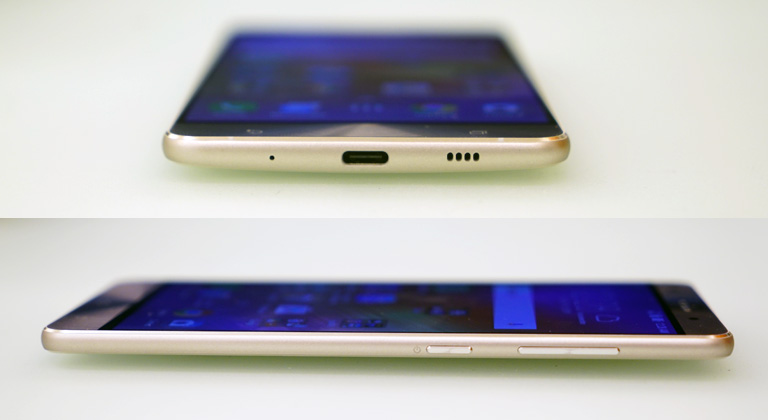 The power button and volume rocker is on the right side, SIM card slot on the left, 3.5mm port up top and the USB Type-C port, speakers and primary microphone at the bottom.

The SIM card slot holds a tray for a micro-SIM and a nano SIM although you can also put in a microSD card instead of the micro-SIM for storage expansion. Both slots are 4G/LTE ready but you can only activate LTE on one SIM at a time.

The front panel is completely covered by Gorilla Glass 4 and surrounded by a metal trimming around the sides. The main capacitive navigation buttons are on the chin and are backlit with haptic feedback when tapped. The metal chin has that concentric brushed metal finish that’s a signature of the Asus Zen-series. 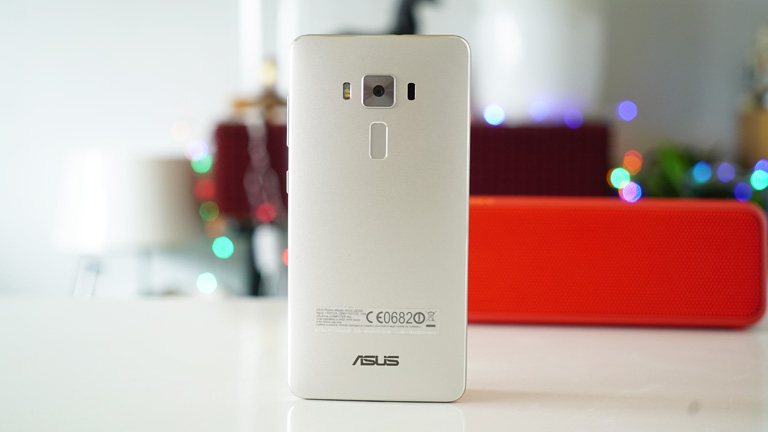 At the back is the primary camera module that protrudes at the middle with the dual-LED flash and the sensors flanking it on both sides. Just below it is the oval-shaped fingerprint sensor with the Asus logo printed at the bottom end.

The rounded corners make it easier to grip and the chamfered edges reduce the strain from holding the device. 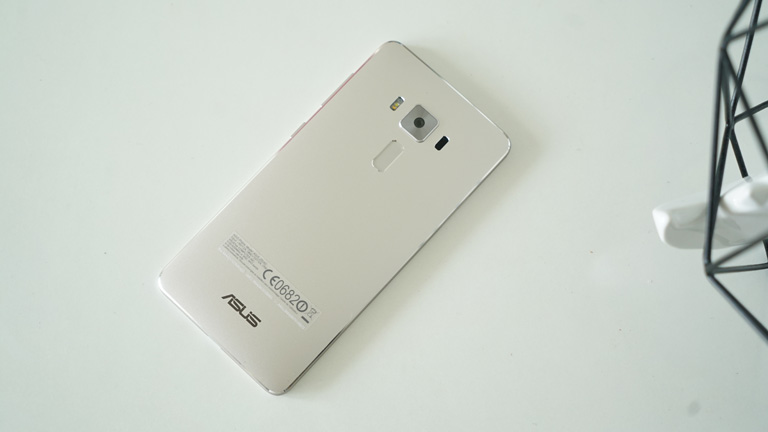 While the all-metal construction gives it that industrial look and premium feel, it also heats up quite easily especially with mobile data turned on or using the camera for prolonged periods of time. 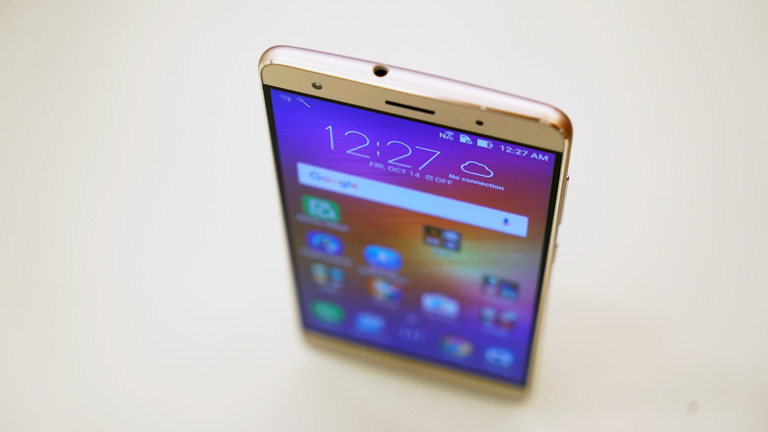 The glass-on-glass finish of the standard Zenfone 3 looks really good so we don’t know why Asus had to drastically change the design of the Deluxe version to a metal one. Nevertheless, it’s still a beautiful device that’s miles ahead from the previous generations. 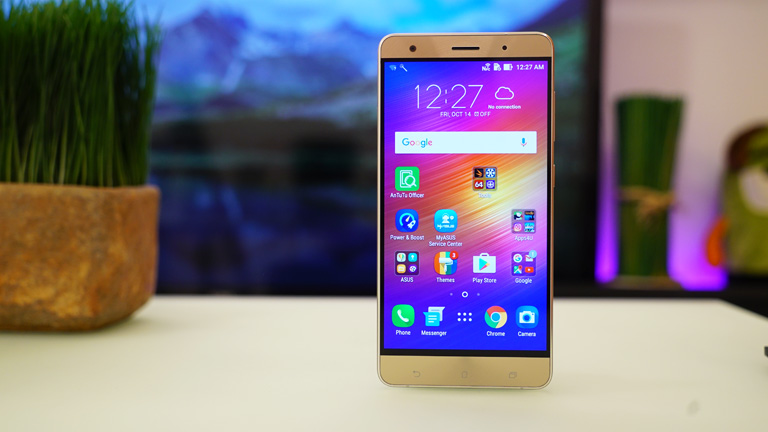 The Super AMOLED display is very evident with the Zenfone 3 Deluxe. The screen pops out with rich and deep colors, pretty good brightness even in the outdoors, and wider contrast.

On the other hand, Asus settled with a full HD 1080p resolution putting the pixel density to about 386ppi. Most of the other flagships have moved on to bigger screen resolutions, from 2K to 4K, but the decision to keep it at 1080p could have been warranted to reduce the load on the battery. More pixels mean more power is consumed so sticking with 1080p is an acceptable trade-off. 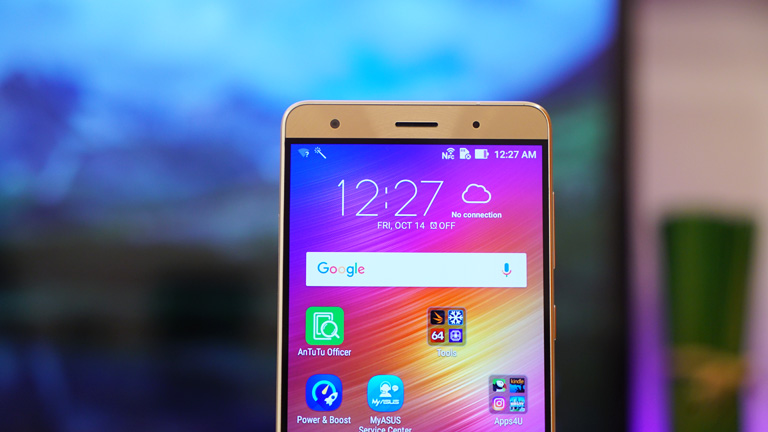 Based on our benchmarks, the Zenfone 3 Deluxe certainly benefited in some aspects like over-all performance (higher Antutu score) and battery life (longer movie playback).

Unlike the standard Zenfone 3 which has a 2.5D glass, the Deluxe version is quite flat due to the fact that there’s a metal band around it.

On paper, the rear camera of the Zenfone 3 Deluxe looks amazing. Asus was probably the first vendor to use the latest IMX 318 Stacked CMOS sensor from Sony. The IMX318 is a type 1/2.6 stacked CMOS image sensor with 22.5 effective megapixels and is equipped with built-in high-speed hybrid autofocus (as fast as 0.03 seconds) as well as a built-in 3-axis electronic image stabilization technology (for video recording). The IMX 318 certainly lived up to the expectations — photos looked really great — colors are vibrant, sharp and lots of detail. It’s also good even on low-light conditions. 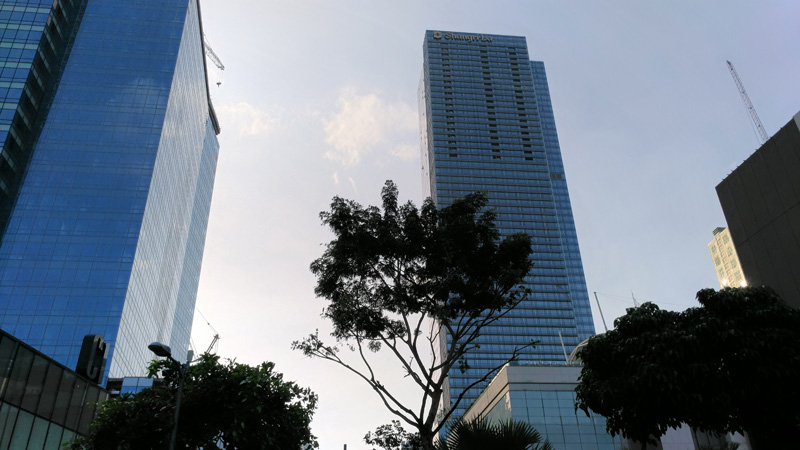 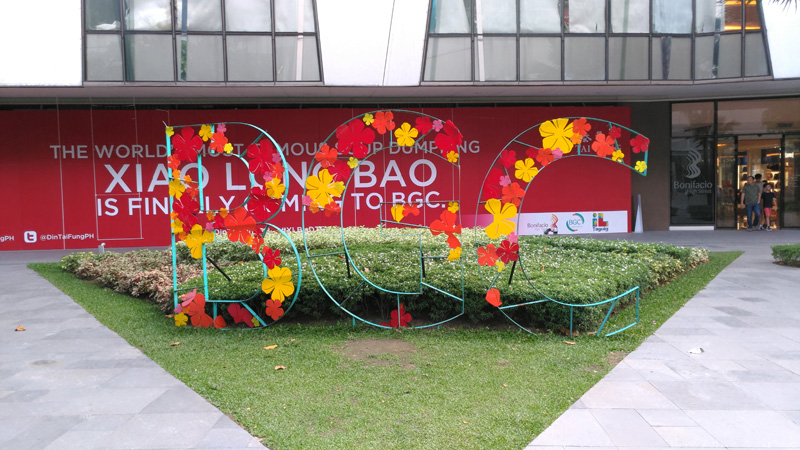 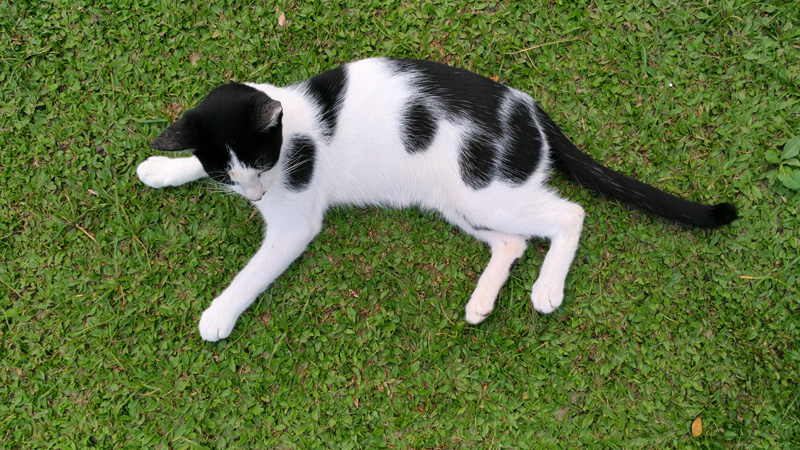 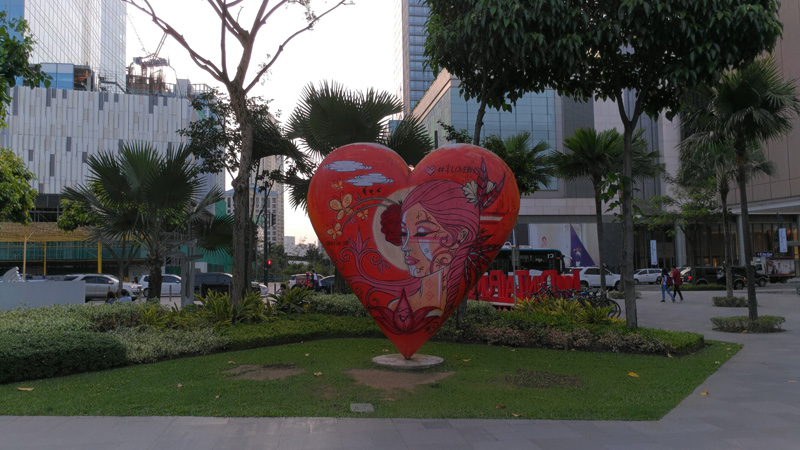 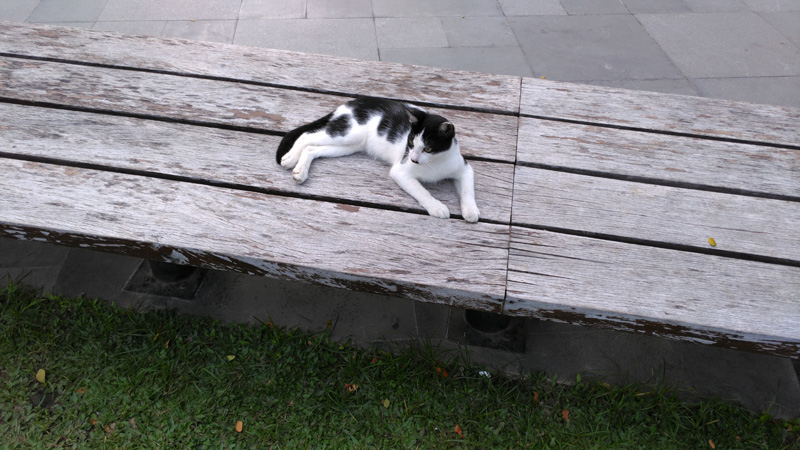 The camera also comes with a Manual Mode with shutter speeds ranging from 32 seconds to 1/50,000 seconds (the wider option we’ve seen in any smartphone camera), ISO50 to 3200 and custom White Balance from 2500K to 6500K. 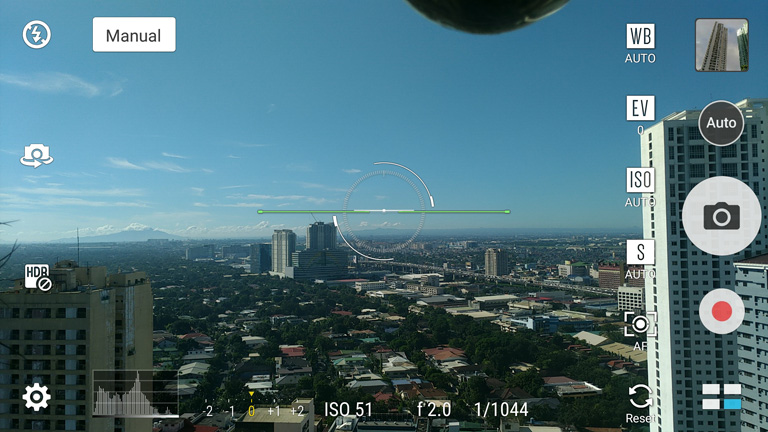 Here are some sample clips from the Zenfone 3 Deluxe. The EIS for video recording does its job well but we noticed some wobbling as the camera tries to adjust its focus. There’s also 4K video recording and 1080p at 60fps.

We’re really liking the camera of the Zenfone 3 and we can say it’s one of the best out there today. Of course, we’ll be doing some camera comparisons with the iPhone 7 and our recently unboxed LG V20.

Software is being handled by Android 6.0.1 Marshmallow skinned with ZenUI 3.0. ASUS made few tweaks for the Zenfone 3’s UI like a more vibrant color scheme and rounder icons. Layout is still pretty much the same as the one used in the Zenfone 2 series, so no drastic changes here. On the bright side, you can simply download a good launcher from the Play Store and change its appearance.

We’re expecting ASUS to minimize pre-installed apps with the Zenfone 3. However, after setting up our Google account, we were greeted by a barrage of app updates coming from Google, ASUS, and third-party apps which are, frankly, quite annoying. 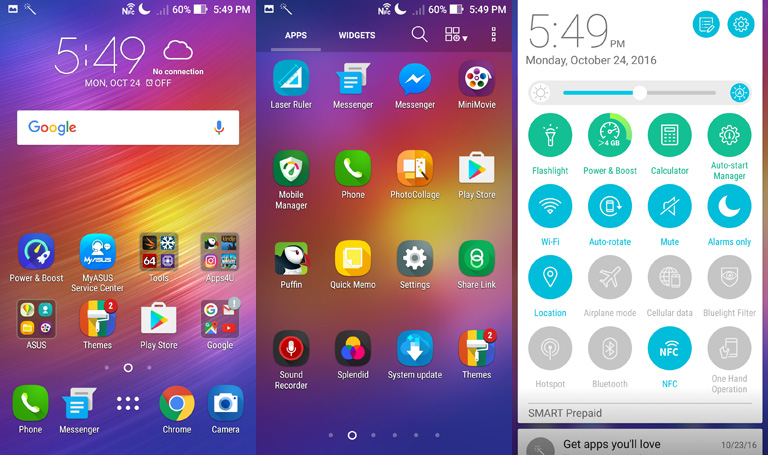 Asus liberally installed a lot of 3rd-party apps (and we mean, a lot!) — Facebook, Messenger, Instagram, Amazon Kindle, Puffin, Need for Speed: No Limit, SimCity, Beauty Plus and Trip Advisor (varies from country to country). Fortunately, though, you can uninstall the ones you don’t actually need.

In terms of the internal storage, the Zenfone 3 Deluxe comes with a base storage option of 64GB with about 51.39GB available for the user (same as its smaller Zenfone 3 siblings). There’s a 128GB and 256GB variant as well so we reckon the system-allocated space will still be the same at 12.61GB. If storage space is an issue, you can actually swap the microSIM card with up to 128GB of microSD expansion card. Since the new Zenfone 3 line now uses Qualcomm chips, we no longer encounter problems with app compatibility unlike the Intel-powered Zenfones from previous generations. Running on a Snapdragon 820 processor with 6GB of RAM, the Zenfone 3 Deluxe scored close to the top of charts (there’s also a variant that has a Snapdragon 821 which has a slightly higher clock speed).

Compared to its other siblings, the Deluxe got a huge boost in terms of performance as indicated in the various benchmark scores we got.

Suffice it to say, the Zenfone 3 Deluxe breezes thru anything we threw at it — from games to multiple apps in the background. It still feels smooth and snappy even with dozens and dozens of apps running in the background. You don’t have to worry about heavy games like NBA 2K17 as it can handle it pretty well even at high settings.

Despite Asus’ attempt to hide those antenna bands, the Zenfone 3 Deluxe did not experience any adverse effect in terms of wireless connectivity or signal fidelity. Regular voice calls are loud and clear, SMS are sent and received almost instantaneously and wireless connections such as WiFi and Bluetooth all worked flawlessly.

As mentioned earlier, the dual-SIM setup allows you to use a microSIM card and nano SIM card both at the same time. Both slots support 4G/LTE but you can only activate one of them at a time.

In our standard video loop test, the Zenfone 3 Deluxe lasted 15.25 hours playing a 720p movie at 50% brightness, 0% volume and in airplane mode.


(Note: We also ran our standard PCMark Battery test but failed to get a result. We’ve reached out to FutureMark for assistance and we’ll update this once we get a fix.)

Charging time using the native power charger takes about 2 hours and 12 minutes. This is almost the same charging time as the Zenfone 3 since both actually support Quick Charge 3.0.

Asus knows how to make over-the-top smartphones — with 6GB RAM and 256GB storage, it even beats most ultrabooks out in the market. That does not even count the Snapdragon 821 variant they have lined-up. When they held back, they did so sensibly — just like with the option for 1080p display to conserve battery life. 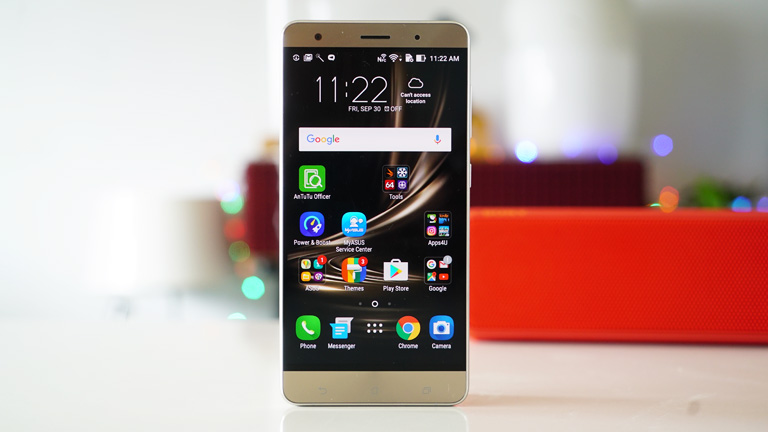 The Zenfone 3 Deluxe has everything (almost) that you would look for in a flagship smartphone.

If there are essential features we think were left out, that would be the wireless charging and the water-resistance. Aside from that, the Zenfone 3 Deluxe is an almost perfect flagship smartphone.

Indeed, Asus is ready for the big leagues.

Good evening. Can you comment on the quality of loudspeakers?

The black border on the screen made it look so damn ugly, huge minus points for it. :|