Yesterday we brought you our hands-on of the ASUS ZenFone Max, one of the company’s newest smartphone with a 5,000mAh battery. Impressive, but there’s another phone out there that carries the same amount of juice, the Lenovo Vibe P1. If you’re torn between the two, then take a look our specs comparison below. 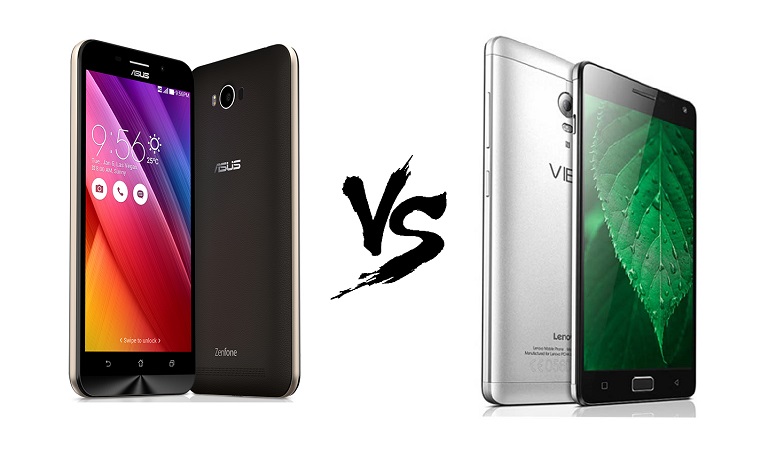 Based on the table above, the ZenFone Max and the Vibe P1 share similar specs like display size, RAM, camera resolution, Dual-SIM capabilities, microSD card support, and of course, the battery.

Although sharing the same display size, the Vibe P1 wins when it comes to resolution at Full HD, 401ppi. The ZenFone Max, however, sports a newer Corning Gorilla Glass 4.

The Vibe P1 has the upper hand here with a more powerful and higher-clocked octa-core CPU.

Both smartphones sports 2GB RAM, but when it comes to internal storage, the Vibe P1 starts at a higher 32GB compared to the ZenFone Max’s 16GB. Both have support for 128GB microSD cards.

Both have 13-megapixel rear and 5-megapixel front but utilize different autofocus features. The ZenFone Max uses Laser AF while the Vibe P1 has Phase-Detect AF.

The two smartphones support Dual-SIM with LTE. The Vibe P1, though, has an updated Bluetooth and features NFC and a fingerprint scanner.

Running the software department of the two smartphones is Android Lollipop skinned with their own custom UIs. The Vibe P1, yet again, wins with a more updated version at 5.1, but ASUS says that the Max will get the update as well.

Both phones are boasting a large 5,000mAh battery with support for OTG Charging meaning they can work like a powerbank and charge other devices. We’re yet to test the battery life of the Max but we think it has the upper hand against the P1 thanks to its modest specs.

Granted that they carry big batteries, the ZenFone Max and Vibe P1 are chunky devices. The former is thicker at 10.55 mm while the latter is at 9.9mm. The Max is also heavier at 202g versus the 189g P1. Lastly, the Max features a faux leather rear which is nice too look at and touch. The same goes with the P1, but instead of leather, it has an aluminum body.

The Vibe P1 carries a price tag of Php14,999 while the ZenFone Max’s will be revealed tomorrow. We will update this post once we have the information.

In the meantime, you can read our first impressions of the ASUS ZenFone Max here and our review of the Lenovo Vibe P1 here.