In a twist of events, BB CEO Heins announced that their messaging service, BlackBerry Messenger, will arrive on both iOS & Android soon. BBM will support Android 4.0, iOS 6 and later versions, and most of all – it’ll be free.

The app will be available this summer (on the other side of the globe, that should mean June, July & August – not March, April & May). BBM for Android & iOS will first bring in messaging & groups, while the other features will follow. On the other hand, BlackBerry devices will have the edge of offering the full BBM experience out of the box. 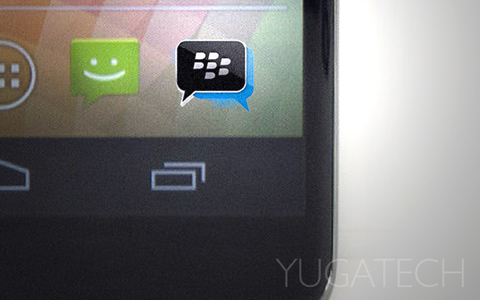 BlackBerry’s decision can go in two directions. It could pull buyers away from BlackBerry since the company’s killer app is already available on other platforms; however, in a long-term effect, once BBM users from Android & iOS become more engrossed, they will crave for that full experience and eventually board the BlackBerry ship.

That strategy can enter full effect here in the Philippines, since telcos offer great plans & promos for BBM. At some point in the future, avid BBM users from iOS & Android will long for those convenient services – and boom! That could be BlackBerry’s win. As we reported earlier, there are already 60 million active users in BBM right now. The launch to iOS and Android will certainly help grow this user base. The initial feature will just be BBM but regular updates will include BBM Vieo Calls, Channels, etc. before end of the year.

What do you think of the company’s big step? How will this affect BlackBerry? Will you join the social network while on Android or iOS? Feel free to leave a comment down below.