BlackBerry Passport, the 4.5-inch square smartphone for the working professional

BlackBerry isn’t giving up and it has a new smartphone on the way called the BlackBerry Passport and it features a 4.5-inch square touch screen with 1440 x 1440 resolution, physical QWERTY keyboard, and a body that is almost as wide as an actual passport.

For those who are hearing about the Passport for the first time, it’s an upcoming BlackBerry smartphone announced last month and is set to be launched in September 2014. With Android and iOS dominating the smartphone market, it’s kind of difficult to recommend a BlackBerry smartphone nowadays let alone a device with an unusual shape and size. But according to BlackBerry, it is designed for the working professional and will be the perfect device for many scenarios. Below are a few examples:

• For architects and mortgage brokers, imagine being able to look at full designs and schematics on the go, and still being able to handle piles of virtual paperwork with ease.

• In the healthcare field, picture being able to go through x-rays or medical documentation in the office with a patient, on a device that can maintain the necessary security standards for HIPAA compliance.

• In the area of finance, how about navigating your Web-based trading platform on your device? With enough screen real estate, you can clearly see the fluctuation in your stock and determine whether it’s time to sell.

• Writers will truly be unlocked with a navigable keyboard, while the large square screen enables faster content development and delivery. When you are looking to type stories or notes, your virtual keyboard doesn’t cover most of your screen. 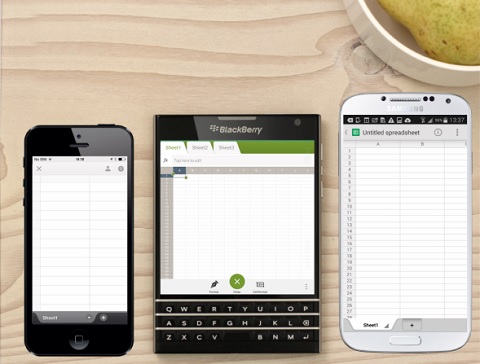 See also  BlackBerry explains why they made a square smartphone

You can read CrackBerry’s pre-release review of the BlackBerry Passport here.

To our readers, especially the working professionals, does the BlackBerry Passport appeal to you? Share your thoughts below.

I would like to have one. I’m hard up with my phablet so I ended up buying a cheap bar phone so I could call and text while multi tasking. I also bought a basic netbook because i can’t really work on the phablet. This passport is the answer to my woes, having a physical keyboard and the relevant apps. I don’t have to stash my phablet, bar phone and laptop in the bag.. i’ll just get a blackberry passport and it will fit in my tiny shoulder bag. :-)

any info on its release in PH and its price range? I have my z10 for 2 years na and I’d like to replace it with this. thanks

I currently have q10 and have been using bb since its glorious days. The only problem that i might have with this device is when i use it with one hand. Sa mga kung anu ano sinasabing nega about bb, have you tried using one? I for one have used all major os and nothing compares with bb.

this is really interesting. i am a guy with stubby fingers and i need a cellphone which is really wide. i am currently using samsung galaxy duos and the keyboard sucks, big time. so i am contemplating of availing of this gadget should it reach our shores. :-)…sana lang eh medyo mas affordable (knowing bb eh mahal mga devices nila)

This phone is for people who don’t have time to play games and take selfies ’cause they’re too busy for work.

Exactly. This is made for business not for gaming nor social thimajings. ;)

From a guy with stubby fingers, I’d like to have a good feel for a keyboard before I give judgment on the device. BTW, the BB device I had was the 9900. It had an AWESOME keyboard. If this would be anything like that, I’d love to have it.

Are you kidding? Their keyboard is what makes BB stand out. I’ve been using BB since college and I’ve tried other qwerty phones as well pero wala tlga tatalo s keyboard ng bb phones :)

Agree with Amy. I have been using my BB 8520 for 4 years now and even if I’m planning on getting the Passport, I’m not giving it up haha.

1. you can install android apps on it – officially.

2-4. blackberry is all about great security, which we dont really need

My answers to your questions:
1. Amazon Appstore will come to BlackBerry10 in their new upcoming OS version 10.3 later this year. http://crackberry.com/blackberry-team-amazon-deliver-android-apps-blackberry-10
2. We have a lots of choices, BlackBerry is not insisting you to use their phone
3. Did you try BlackBerry10 Virtual keyboard?
4. No answer yet from Blackberry. Try to check this site crackberry.com for more news regarding BlackBerry
If you want Instagram app for BlackBerry10 try 3rd party apps for Instagram the “Igrann”. Igrann is better than Instagram (Igrann has no filters yet but they will implement it soon)
#Blackberry10 the VERY FAST and MOST SECURE mobile OS yet!# :)