Cherry Mobile has announced the availability of a Flare line-up we saw last year on their brochure — The Flare S4 Lite.

The Flare S4 Lite is a toned-down version of the original Flare S4 with half the ram, half the internal storage and just 3G connectivity. The screen size and resolution remains the same at 5-inch 1280 x 720 pixels but the megapixel count has been reduced to 8-megapixel and 5-megapixel for the rear and front camera respectively. Also, there has been a change in chipset to a hexa-core variant. 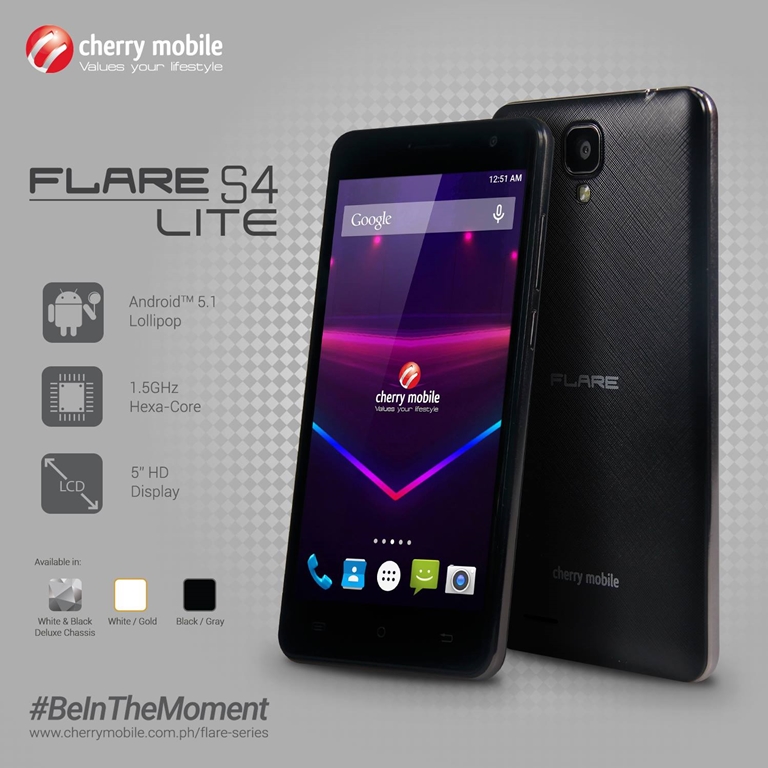 All the cuts done made the Flare S4 Lite get an SRP of Php3,999 and it is now for sale.