Cherry Mobile launched the newest iteration of its most popular Flare smartphone family, the Flare S8 series. We had our initial impressions on the day it was released, but today, we took this affordable device for a full spin. Read on and see if it’s worth the PHP 3,999 price. 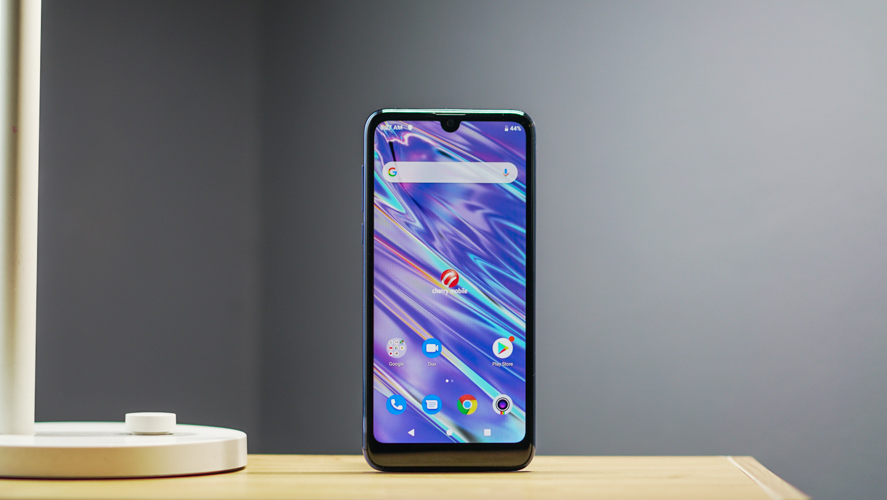 The Flare S8 has a glossy polycarbonate gradient design covered with the shades of Blue. When angled, the reflected light shows a ray-like pattern which makes the aesthetic more appealing. The front panel comes with a teardrop notch design that houses the 13MP camera while above is the call speaker, following the trend of smartphones nowadays. The Flare S8’s component placements are switched in terms of the smartphone standards nowadays. You’ll see the lone hybrid SIM setup on the right while the typical power button – volume rocker pairing are found on the left side. 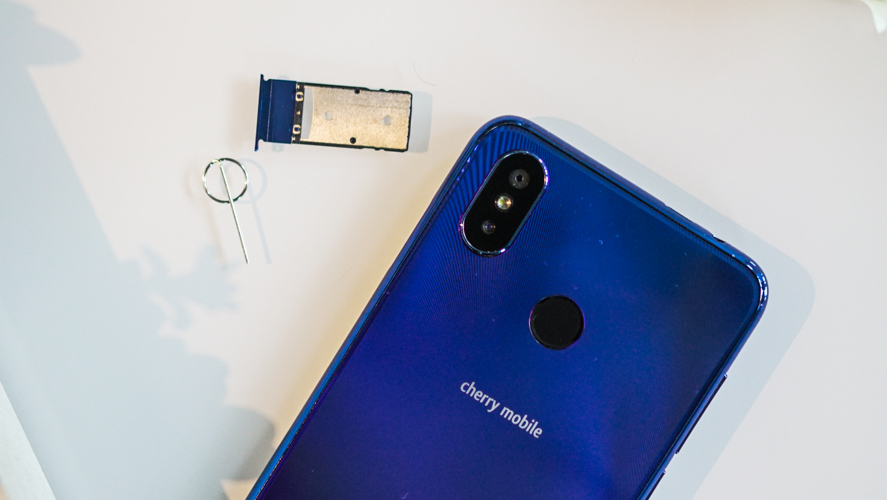 Up top, you’ll see the micro USB and 3.5mm audio ports while the loudspeaker and microphone are found at the bottom. 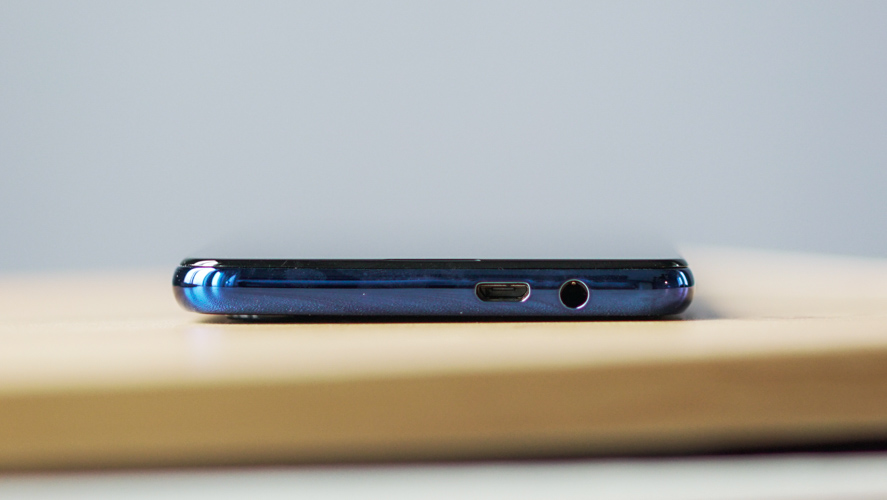 Flip on its back, and you’ll see the 13MP + 2MP rear cameras while the fingerprint scanner is located at the middle. Overall, the Flare S8 is lightweight and very comfortable in my hand. The device is also sleek; however, it is prone to smudges and fingerprint marks that could be annoying to clean. Thanks to the free jelly case in the package, this problem can be prevented easily by equipping it to the phone.

In terms of display, the Flare S8 sports a 6.26-inch screen with an HD+ resolution. I’m used to Full HD+; however, watching on this device makes you feel that the color accuracy and sharpness are somewhat lacking. Nevertheless, my viewing experience ist good thanks to the large screen size and thin bezels.

At 80% brightness, the phone is readable even under direct sunlight which is excellent, especially for people who are usually exposed outdoors. 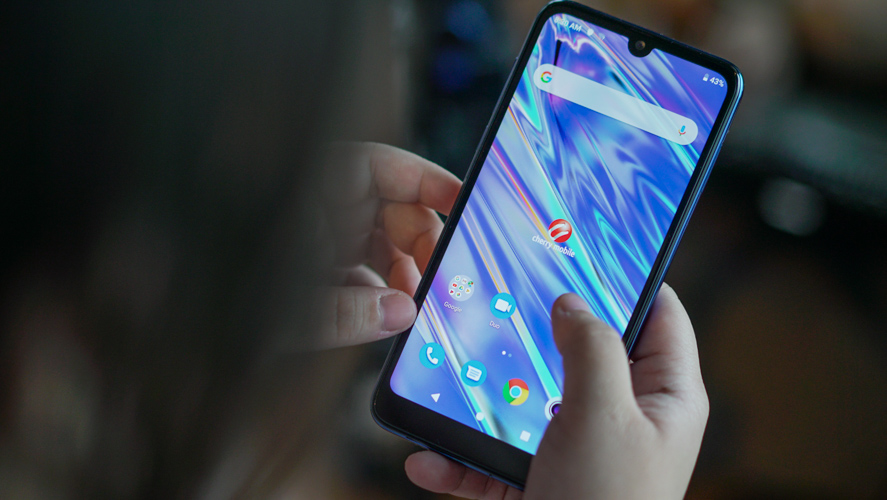 Audio quality-wise, the Flare S8 is loud even at a room full of people. The highs and mids are present while the lows are not there; that’s not too bad, given that not all phones are capable of that.

The Cherry Mobile Flare S8 is skinned with Cherry OS V2.0, based on Android 9 Pie. The user interface is simple and easy to understand; however, the home page might look bulky, given that it doesn’t have an app drawer by default. 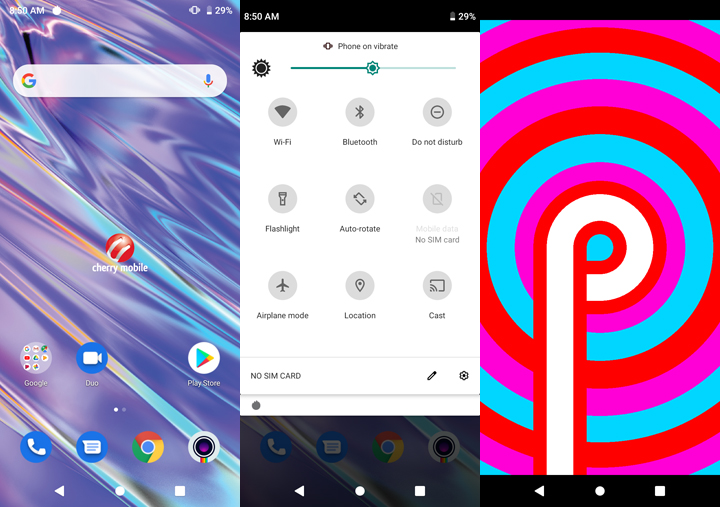 It has a built-in app called Game Booster, which helps the phone focus on the gaming capability to enhance its performance better. Other applications include the typical Google apps, Hi Weather, Property System that performs security checks, and Power Manager. Out of the 32GB storage, 24.9GB can be used to store documents, images, photos, videos, games, and other files.

You can also access the flash, settings, AI camera, filters, on the same row as the camera modes. 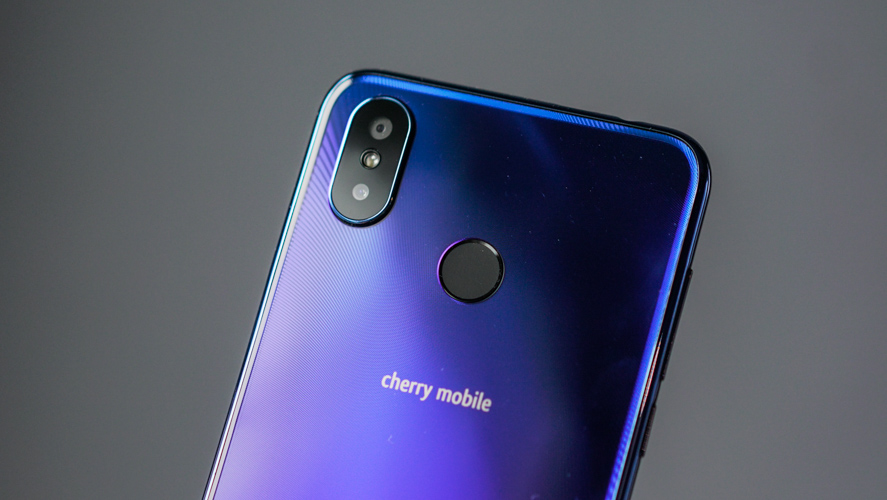 Checking out the rear camera sample shots show that, for its price range, the Flare S8 produces good photo quality under natural or good lighting conditions. When it comes to low-light conditions; however, images tend to become creamier and noisier. The camera also can’t capture much at night as the photos are very dim.

I’ve also noticed that it takes around two to three seconds before the camera can focus entirely on the subject. It might take you some more time shooting with this device.


For the selfies, quality is not that good even in the right lighting conditions. At first, I thought it might be the HD+ display, but the photos are blurry even if I tried manually focusing it to my face. My comment about low-light images is pretty much the same with the rear.


The Flare S8 can record up to 1080p 30fps. Do take note that there is no video stabilization. You can also see that the video is pulsating given that it’s having a hard time focusing on the environment. Check it out below.

Powering the Flare S8 is the Helio P23 chipset, 3GB of RAM, and Mali-G71 MP2 GPU. Executing tasks such as browsing, file transferring, and simple navigation are smooth. However, you’ll notice an input delay when you try to multitask or open the Google Play Store. I also noticed that the fingerprint scanner takes about 1 or 2 seconds before it unlocks; it’s understandable given that this is an entry-level smartphone. It’s also not that touch-sensitive as compared to other devices that I handled given that it needs a slight force to respond. 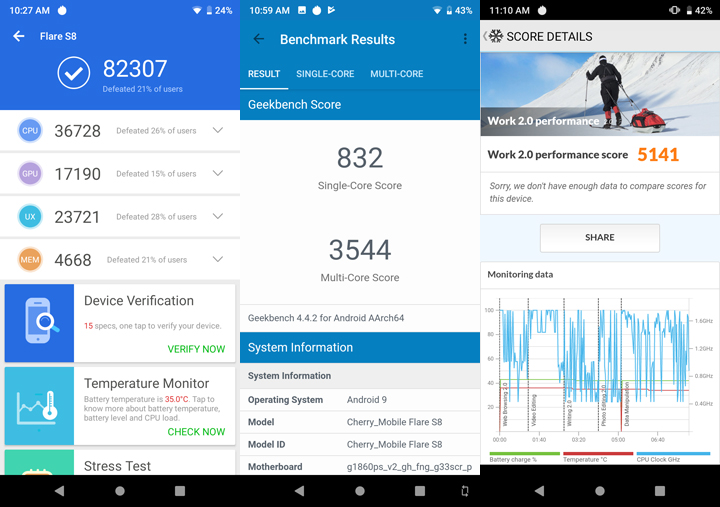 Gaming-wise, the device can run low to moderate games such as Mobile Legends and Clash Royale with ease. If you’re playing Asphalt 9: Legends or Honkai Impact 3, then I’m sorry to say that this isn’t the phone for you. Even with the Gameboost on, the frames per second of those games are under 20, which is not tolerable. Playing games and cameras usually cause this phone to warm up, and the heating can usually be found on the rear camera area.

For connectivity, the Flare S8 comes with the typical dual-SIM with 4G LTE, WiFi, Bluetooth, and GPS. The sensors are not doing hot as it doesn’t have an orientation sensor which helps you to accurately pinpoint your location when using apps such as Maps, Waze, and Grab. For battery performance, running the PC Mark Work 2.0 battery benchmark shows that the phone lasts up to 8 hours and 36 minutes which is average. Our video loop test (1080p movie, 50% brightness, 50% sound, w/ earphones, airplane mode) yielded 9 hours and 25 minutes. It’s not impressive, but it’s not that terrible either.

For PHP 3,999 the Cherry Mobile Flare S8 is pretty much a good deal given that you have a large screen size, RAM, and storage capacity. The overall performance is not bad, as well, but you’ll also notice that there will be input delays when multitasking or just merely navigating throughout the device. Smartphones such as the Realme C2 and Redmi 7 could be its fiercest competitors given that their prices are not that far; but, their performances are significantly different. Nevertheless, Cherry Mobile’s attempt at delivering quality smartphones with an affordable price didn’t disappoint. If you are on a tight budget, then I would suggest the Flare S8 as your daily driver.