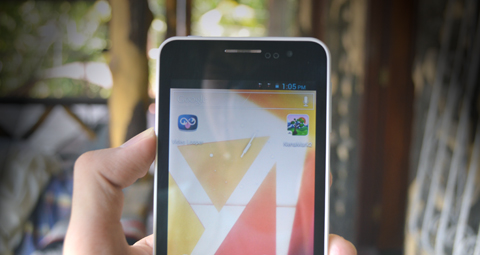 We already have our first impressions here, tackling most things that are found in the surface. Read on to see what lies underneath.

When I was with handling the device, a lot of people mistook the Hyper for a Galaxy Note; only if you look closely, you’ll see that it has differences. It feels very bulky, as it is wide and thick all around. The impression it leaves us with is just that, with a little mix of solidity.

On the front side of the phone is the 5-inch display with three capacitive buttons and a microphone below that. Above are a few sensors, the front-facing camera and the chrome-colored earpiece.

The rest of the phone is wrapped around in white, and it attracts quite some dirt. While it isn’t made out of glossy plastic, we have to say that it doesn’t feel premium in the hand either. The Hyper feels durable and well made, however the ergonomics and the experience in handling this heavy device takes the fall for it.

The 5-inch display on the Hyper runs on a resolution of 480 x 800, giving a pixel density of merely 187ppi. It responds very well for the most part, but we weren’t as impressed with the colors and the viewing angles. 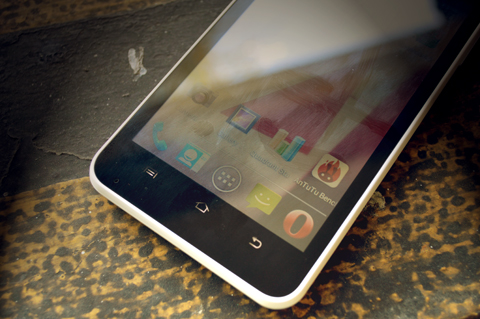 Its washed out colors are a pain to look at, and everything else lacks in contrast. On the other hand, the viewing angles of the device from both sides show discoloration; only from the top and the bottom parts you’ll find decent angles.

Moreover, a 5-inch display with a phone of this size is hard to navigate. As we mentioned above, the power button is found on the top left corner of the phone, which is hard to reach. Everything about navigation proves to be difficult, so be ready to use your two-hands with this phone because even the larger Galaxy Note 2 feels easier to use.

The phone runs on the Android 4.0.4 Ice Cream Sandwich. It’s quite outdated for our taste, but it gets the job done nonetheless.

The Hyper features the usual apps from CM – Fun Club & eWarranty, with a couple more additions such as a third-party keyboard, a stopwatch and more. It’s easily one of the cleanest phones we’ve handled in a while, but we’re still wishing that it could run a more updated version of Android.

Sound quality brought by the speakers of the Hyper sounds a little muffled; the volume on the other hand is decent and workable. We found video playback to be smooth and pleasurable because of the size of the display. 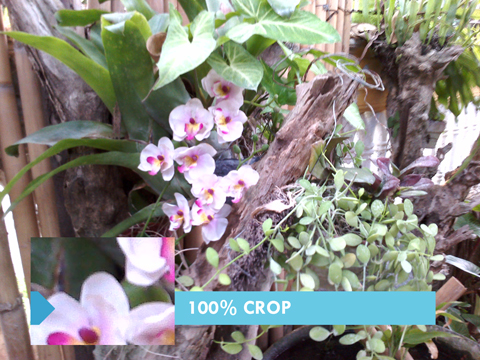 When we previewed the shots that we took with the camera of the Hyper, we felt that it wouldn’t be impressive at all – we were wrong. The display of the Hyper hid the beauty of the photos taken, and we only appreciated it when we took the shots to the big screen. The images were sharp enough, and all the colors were vibrant and natural.

In low-light conditions, as expected, it didn’t do as great as it was very noisy. Anyways, there is a flash to make up for it.

Taking video is the mess here, as we were presented with different shooting modes that most consumers won’t recognize – D1, FWVGA, WVGA and so on, all the way to QCIF. We shot one in FWVGA (480 x 854), and we were presented with very slow frame rates. We took another in D1, and results barely changed. To cut it short, you’re not going to have a good time using this camera for video.

The phone is fairly fast as it runs on a 1.2GHz dual-core Snapdragon CPU, and casual gaming works very well. There are slight hiccups here and there at times, and we think the blame should be put on the memory, the 512MB RAM. 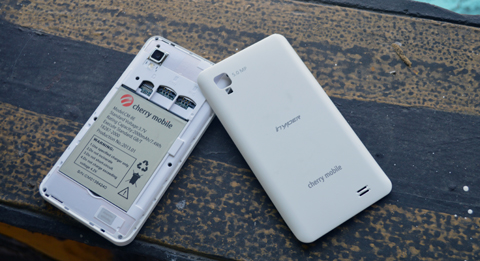 Placing the phone in a video loop with 50% volume and 50% brightness caused the battery to deplete more or less 60% in 5 hours. On standby, it didn’t do much better too as we saw it draining half in a day without use.

For us, the Hyper is a tough pick at the moment. Cherry Mobile has a lot in line for this year, and most of them are running on much updated hardware and software. However, that doesn’t necessarily mean that the Hyper is a joke – the device actually does a couple of things well. 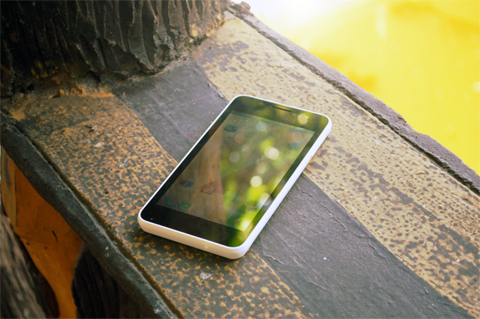 However, if you can’t stand a washed out display, a huge and bulky phone and if you really need decent video recording, you might want to save a little more and just wait. The good thing about Android devices is just, you’ll always have options.