The Omega Lite will be sold for Php4,999 but since you’ll be taking home two units it would appear as though you bought it for just around Php2,500 each. 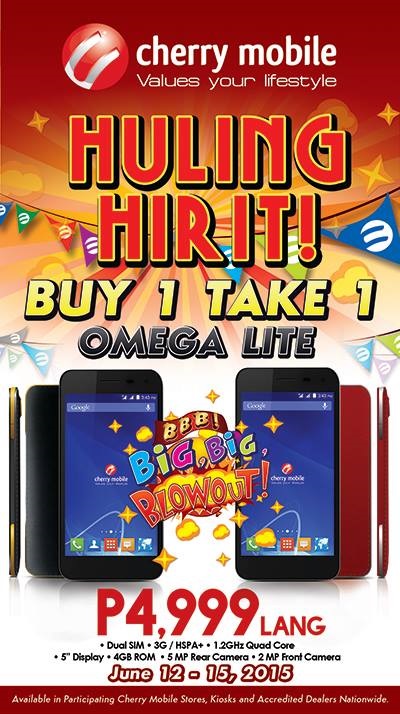 The promo will happen from June 12 to 15 in participating Cherry Mobile stores, kiosks, and accredited dealers nationwide.