Yesterday, Cherry Mobile announced the Omega HD – a 5-inch smartphone that runs Android Jellybean and a sub Php8K price tag. Let’s take a tour of its hardware features including the tough Dragon Trail glass after the break. 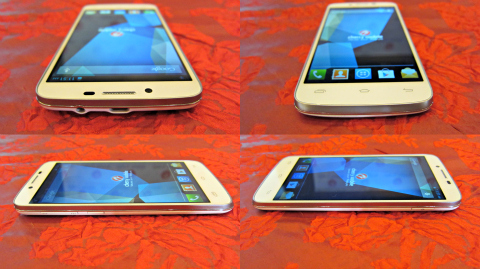 The Cherry Mobile Omega HD is actually a re-branded i-mobile IQ6 from Thailand. No wonder it feels and looks similar to the Starmobile Crystal which is a re-branded i-mobile IQ2. Found on the front is a large 5-inch 720p display with IPS technology, a 2 megapixel BSI camera, earpiece, light sensor, and three capacitive buttons and microphone at the bottom.

On the left side is the volume rocker and dedicated camera button while n the right is the power/lock button. Right on top are the headset jack and microUSB port. Found at the back are the 12 megapixel BSI AF camera with LED flash, speaker grill, and the removable backplate made of glossy plastic. Overall, the device has a solid build and even though it has a large display it is nice to hold thanks to the glossy backplate and 9mm thin body. 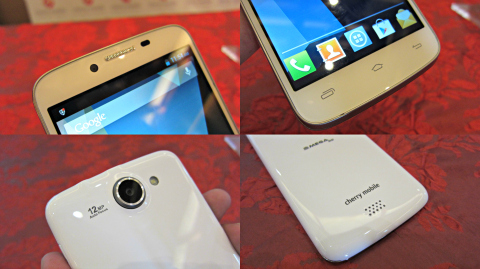 Perhaps one of the most notable feature of the Omega HD is the Dragon Trail glass which Sony uses on the Xperia Z. Cherry Mobile is confident of the Dragon Trail’s toughness that they issued the Omega HD Challenge, letting us test the display by scratching it with a cutter and jabbing it with knife or corkscrew. Take a look at the video below:

You might have also noticed in the video that the Omega HD’s screen had some water droplets on it. That’s because the Omega HD features a very sensitive and responsive touch display that works even when its wet or when you’re using it with gloves.

The Cherry Mobile Omega HD will be available next month for Php7,999. So who’s getting one?