A leaked poster/flyer that was shared to the folks over at Unbox gave us a glimpse of what to expect out of Cherry Mobile’s upcoming handset which currently goes by the moniker Selfie.

According to the leaked picture, both the front and back cameras of the CM Selfie are equipped with 13 megapixel back-side illuminated sensor (BSI) made by Sony which is paired to a fast f/2.0 lens and an accompanying flash. 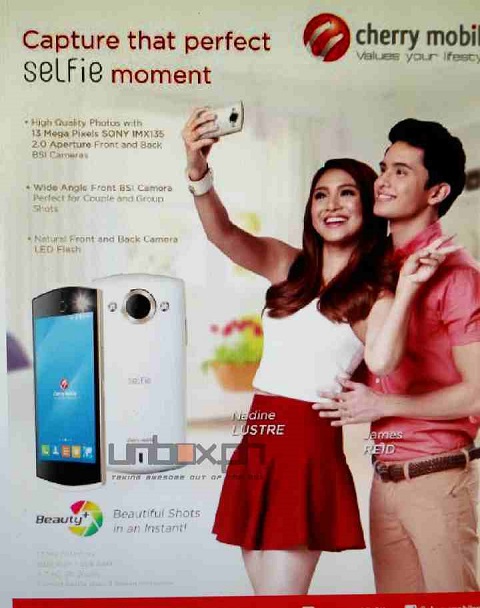 Along with the picture, the tipster also provided a quick rundown of this dual-SIM handset’s features which include a 1.7GHz octa-core processor with 2GB of RAM and an expandable 16GB of storage. It also has a 4.7-inch Gorilla Glass 3-laden IPS display that has a 1280×720 resolution and it runs on Android KitKat right off the bat.

The upcoming Cherry Mobile Selfie is said to be retailed for Php9,999 once it hits the shelves.

Micromax already officially announced their version of this phone: http://www.gsmarena.com/micromax_canvas_selfie_goes_official_with_13mp_frontfacing_camera-news-10425.php

THL called, they want their twin 13-mp cameras back.