First look at the Meizu MX4

First look at the Meizu MX4

Earlier today, Novo7 Tech, the official distributor of Meizu and THL devices in the country, held a short gathering at their store in Gateway Mall to showcase one of the latest additions to their portfolio, the Meizu MX4. We took this opportunity to give you a quick look at Meizu’s new flagship smartphone and answer if the handset is worth all of the hype that it’s getting.

The first thing we noticed when we saw the MX4 in the flesh was that it looks somewhat similar to the iPhone 3G/3GS when viewed head-on. This is mainly attributed to the handset’s all-screen façade that’s framed by a shiny metal rim that runs around the rounded edges of the MX4. 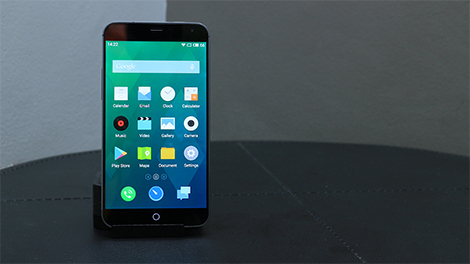 Meizu seems to have forgotten to put bezels on the sides of the MX4’s Gorilla Glass 3-laden 5.36-inch display as it nearly occupied every inch of the smartphone’s front panel. Good thing Meizu was still able to make room for front-mounted components such as the earpiece, 2MP selfie camera and a single capacitive button right below the screen.

You’ll be able to find all the of the MX4’s external controls and components around the edges. At the top you have the Power button and the 3.5mm audio jack, on the left is the volume rocker, and at the bottom is the Micro-USB port that’s sandwiched in between the speakers and main microphone. 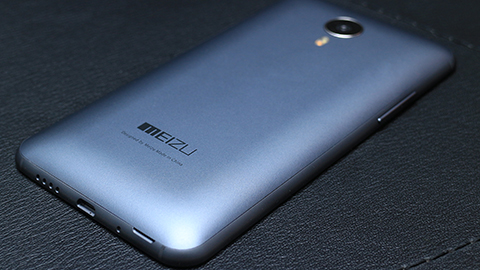 At the back is the handset’s removable back cover that has a smooth matte finish to it. It feels very nice to the touch and well complements the entire theme of the MX4. Apart from the Meizu branding at the bottom, the only other note-worthy component in this area is the MX4’s 20.7-megapixel rear camera with its accompanying dual-tone LED flash units.

It’s also good to note that the back of the device has a slight curve to it, making it easier to pick the MX4 up when it’s lying on top of a table.

Our main takeaway from our short encounter with the Meizu MX4 is that it’s got a well-designed and well-constructed body to match its beefy internals. It does look like a blown-up version of the iPhone 3GS at a distance because of its rounded edges, bordered by metal rims (sans the glossy back panel), but not to a point that it looks like a cheap knock-off. 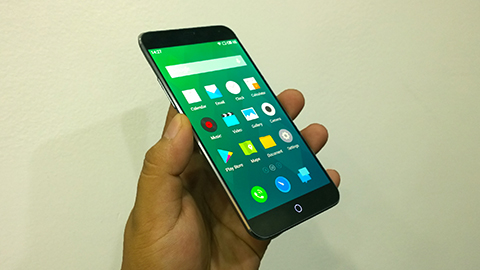 Those who are picky about thick bezels surrounding the display will certainly appreciate the effort that Meizu has done to keep it so thin that it’s hardly noticeable.

We’re not sure how the MX4’s single capacitive button will fly with users as it take some getting used to before you get the hang of it, but it felt very responsive based on our short time with the handset, and it works as advertised together with the FlyMe OS.