With Free on Spotify, users can have access to 15 new on-demand playlists curated by Spotify. These playlists have a total of 750 songs and are based on the users’ listening habits. Users can now play any songs inside the playlist without shuffled playback. These new playlists are accessible on the new Home screen, which is always being updated based on your listening activity. 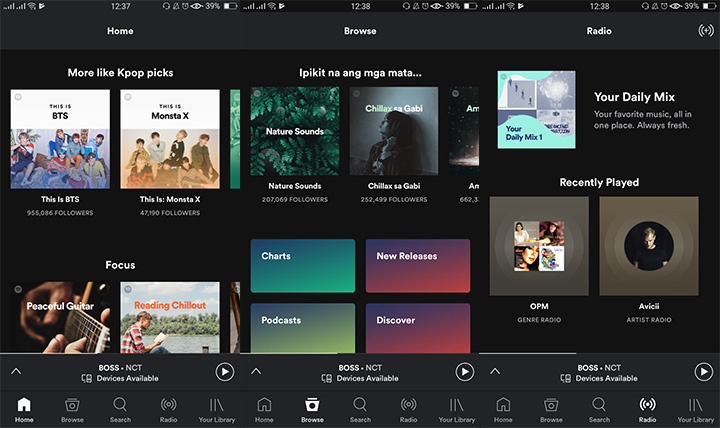 It also has a new Like feature, as well as Hide. Users just simply have tap the ‘heart’ icon if they like the song and tap the ‘prohibited’ if they do not. Apart from that, Spotify will also suggest music that users will like upon creating a new playlist. The company also created a new Data Saver feature that users have to toggle to use less mobile data when listening to music.

The redesigned app is now available on both iOS and Android and is now rolling out globally.