It’s already been a ritual for Samsung to release a Galaxy Note every year ever since the success of its first iteration. Having said that, it’s safe to say that a Note 5 is to be expected to release this year, but it seems like there’s more to be offered by the South Korean company this time. 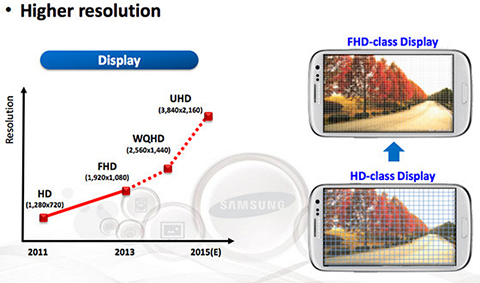 According to a leak the next-gen Note could have a UHD display with a whopping 4K resolution and 748ppi. Not only that, it could also sport a dual-edge form factor just like the current Galaxy S6 Edge.

The tip also suggests that production of the Note 5 will be in August, which is just in time for a September announcement at IFA 2015. With 4K resolution TVs getting cheaper these days and with the direction that Samsung is by far taking, it’s not that far-fetched to see such a device for this year.

Meanwhile, stay tuned as we keep an ear to the ground for any developments regarding this matter.