Not so long ago, Gionee arrived in the Philippines with their flagship phone – the Elife E6. It did really great for a first timer, but some people weren’t able to take the slow processor for the price. After that, we were positive that its successor, the Elife E7, will strengthen the company’s hold here in the Philippines as it tries to improve on the E6. Read our full review the Gionee Elife E7 below. 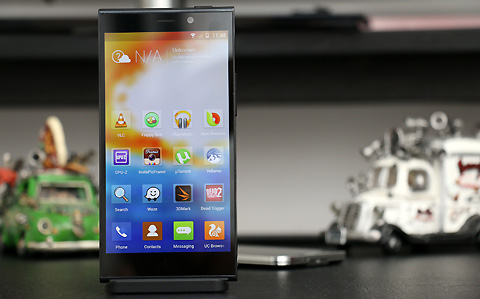 Classy, solid and unique is how we’d call the design of the Elife E7. It takes the square design of its predecessor and smoothens it up, making it curvier and more ergonomic to hold. It’s also larger, and it incorporates a unibody design that adds a premium feel to the handset. 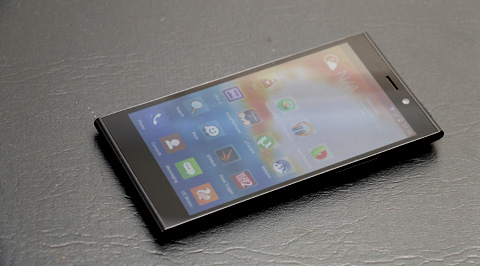 In addition, it comes with a lot of color variants; colors that not only cover the back but also the front without distorting the premium feel. Now before you scream glossy plastic right at us, we have to say that it doesn’t feel flimsy at all. Gionee has done a really good job here, and they fully deserve an applause. The button placement is still pretty much the same from last year. The volume rocker is on the right side while the power button is on the top right side. With the larger dimensions of the device, the power button is quite harder to press. Thing is, pressing the volume rocker also wakes up the device. Whether that’s a good thing or a bad thing is up to you to decide. Gionee packs a case and a screen protector in the box for those who want to armor up their phone. It’s nice as most of you will need it anyway as the huge camera hump on the back may be prone to scratches.

Not much has changed with the display of the Gionee Elife E7. It still packs 1080 x 1920 pixels in resolution with the same technology as the E6. The only obvious difference that we can see is the increase in diagonal screen size of half an inch, now at 5.5 inches. 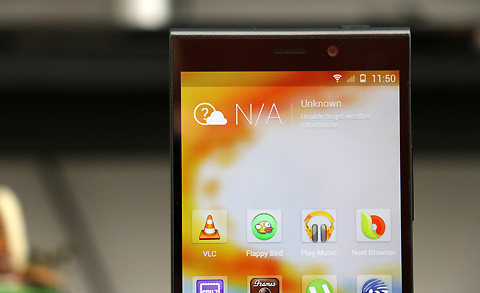 The display of Gionee’s latest flagship phone is still one of the most amazing displays we’ve seen in a while, which can also be said with its predecessor. From the viewing angles to the color reproduction and clarity, one can only equal the display for now as nothing seems to get better than this. The LTPS LCD display is breathtaking.

Gionee likes to skin the Android UI, and they did so with their other phones. With the E7, they improved a few things but also kept a few minor complaints that we had from last year. There is still no dedicated app drawer and no widgets; everything is all messy in the homescreen. Navigation through the UI is still pretty sluggish despite the performance boost, meaning despite the iOS – Android fusion feel, the overall experience feels like heavily skinned Android. 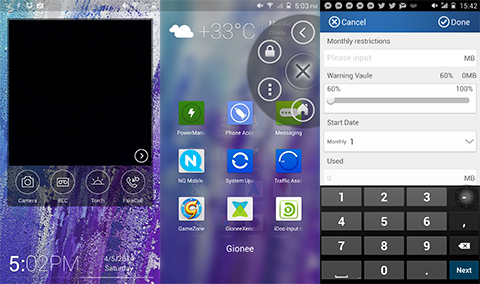 There are a lot of differences to be found on the Elife E7 to be honest, and most of them are too little to notice. For example, you can now turn off the Gaussian blur effect on the wallpapers, there is no face unlock, there’s an option for onscreen controls, you can set up a fake call right from the lockscreen to get out of a predicament and many more.

While we truly appreciate what Gionee has added into Android 4.2 Jellybean, we still can’t get over the fact that some elements need more polishing (the excessive bounces after each list is still annoying).

During Gionee’s launch of the E7, they kept talking about one thing – and it’s the 16 megapixel camera. They discussed how they were able to increase both the pixel size and the resolution at the same time while comparing it to its competitors and on paper, it sounded really really good. That’s the main reason we’re hyped up for it. Sadly, it’s not what we’re expecting, but it’s also far from bad. It’s just that it doesn’t live up to the expectations of being one of the best cameraphones around.

The interface is full of different camera settings – there’s Auto, Sport, Night, HDR & Panorama. Gionee also allows you to customize ISO, exposure, white balance and resolution. Face detection, geo-tagging, a self-timer and a level meter is also built in for those who need it and you can take pictures through pressing the capture button, by smiling, by touching or just doing the V-sign.

For more modes and fun settings, there’s the CharmCam built in, which will allow you to focus on slideshows and other visual materials in PPT mode, take photos with stamps on them, live filters, eraser mode, best face, make up, face beauty and tracks for moving objects. The photos that the Elife E7 makes are amazing in good lighting. Details are really sharp and the colors are extremely vibrant, sometimes up to the point of oversaturation. The other modes specified above also work really well, especially HDR. Video capture on the other hand also works similarly and the audio captured is clear and understandable; you just have to tap to focus. The same can be said about its 8 megapixel front-facing camera. All amazing in daylight.

Where the Elife E7 fails is in low light. Despite its much boasted pixel sizes and sensor size, the E7 is barely on par with phones such as the Nexus 5. You will get blurred photos with shaky hands and fast moving objects in the dark, and the amount of details you can get is only very limited.

As for watching videos, the Elife E7 does incredibly great due to its large and beautiful display. The speakers also produce a good amount of volume and clarity which is somewhat better than your average smartphone.

Running on a Snapdragon 800 CPU paired with a currently rare amount of 3GB RAM, the Gionee Elife E7 is fast, but not obviously especially with the UI skinning Gionee has done.

However, it doesn’t lag heavily anymore like its predecessor, and multitasking is now entirely a breeze. Whenever there is some slowdown, blame a part of it on the UI, not the internals. On our battery test, playing back video in 50% screen brightness and audio volume, the Elife E7 has managed to last 8 hours from a full battery on power saving mode which is really impressive despite all the pixels the system is pushing. 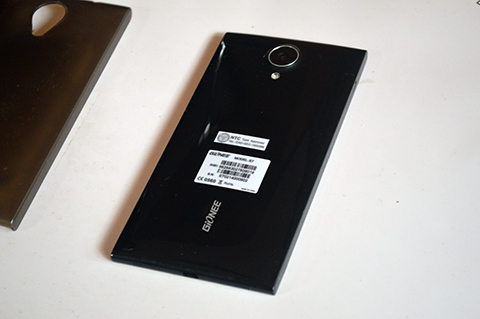 We called and texted with the Gionee Elife E7, and everything worked smoothly. We also connected to the internet via 3G, and browsing through Facebook did okay. However, the device did get hot easily which is something to take note of.

Now comes the final word and the price. A lot of people downed Gionee’s initial entry to the local market with the E6 mainly because of the steep price of Php19k, but to be honest, it wasn’t a bad package anyway — it impressed us and gave us a good amount of hope for its successor. We were right. The Gionee Elife E7 takes what already is a great smartphone and makes it better in terms of hardware, software improvements, feel, camera features and more. However, that comes in with a higher price to pay at Php24,500, and whether that is justifiable is up to you and your needs. Gionee still has a lot to fix with its skinning and its low light photography, but overall, this package is amazing just the way it is, and it’s definitely a correct upgrade from the E6. Getting people to buy is the only thing left that they need to worry about.