Google has released a lite version of its email app, Gmail, dubbed the Gmail Go. The said app uses less RAM and consumes less storage compared to the standard Gmail. 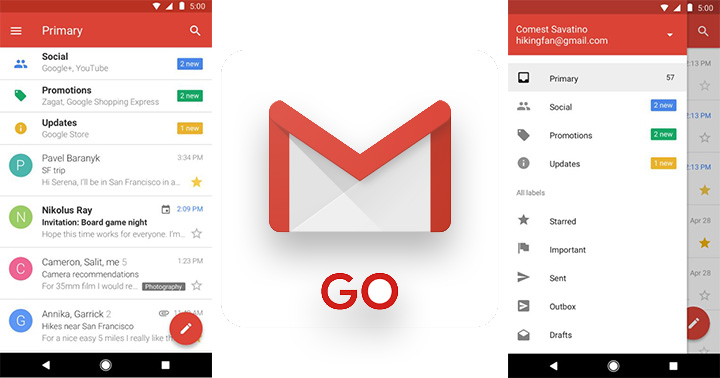 Just like Gmail, Gmail Go works exactly like your typical Gmail, but like what we’ve mentioned earlier it doesn’t eat up much RAM and storage on your phone. Think of it like Google’s YouTube Go, Gboard Go, and Google Assistant. You have 15GB of free storage for all your emails and it also supports multiple account, so you’ll be able to setup both Gmail and non-Gmail addresses.

Unfortunately, the app is currently available on devices running Android Oreo and is limited to certain markets. If you’re interested on trying this one out, just click here (Google Play). There’s also an APK version which you can download here.