After releasing a shocking device that made waves in the mid-range segment, Honor is now focused on showcasing the successors of their more well-known line-up. One of those successors is the Honor 8X. Right off the bat, it entered the territory of another famous 2018 mid-range, the OPPO F9. Does it post a challenge to OPPO’s challenger? Let’s find out in this quick comparison. 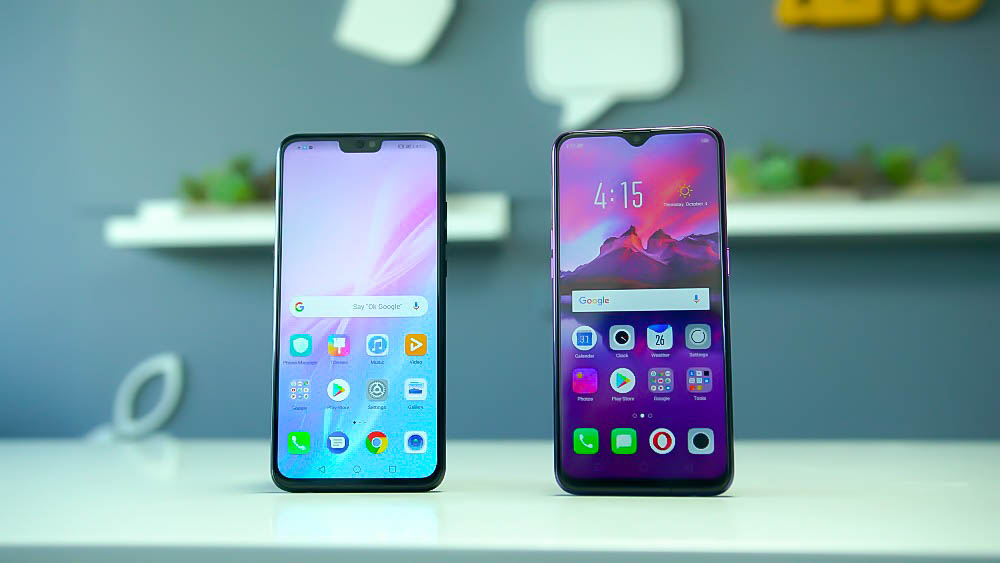 Let’s start off with the design. It’s really hard to distinguish which of the two contenders have a better design as they both look and feel like proper 2018 premium mid-range devices. Each smartphone has their own set of design gimmicks to separate their appearance from the crowd.

The F9 is one of the pioneers, if not the pioneer, in the local landscape to feature a small and attractive notch. It also has a diamond style glass back that’s shiny and looks relatively elegant. 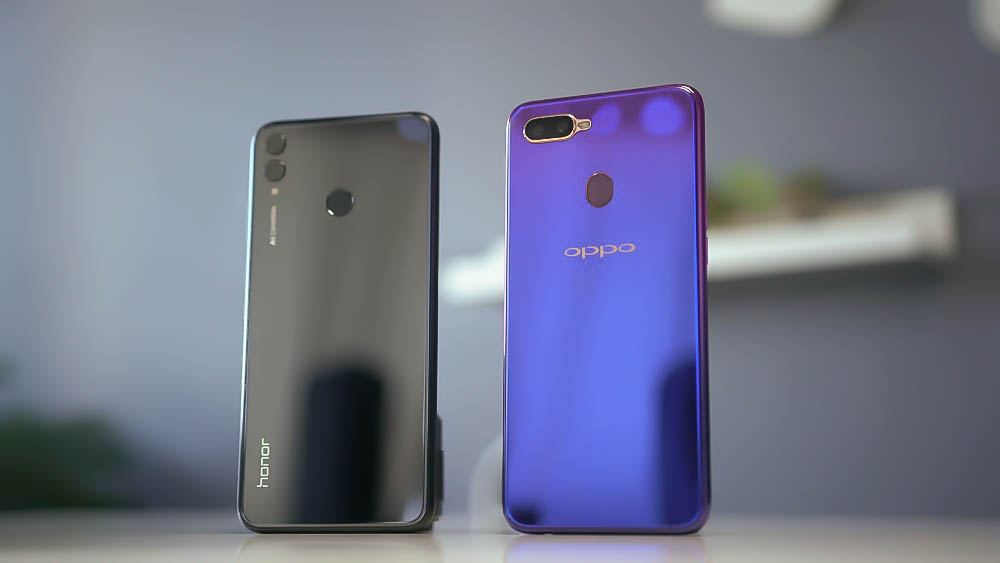 The available colors of the F9 are also attractive, especially their Starry Purple variant which features a purple gradient back with a sandlike finish to represent stars. It’s definitely up there as one of the most stylish smartphones this year.

The Honor 8X isn’t too shabby either, it also features a glass back with its own shiny finish that reflects light at different angles. Much like the design of its predecessors and P20-series cousins. Its notch though is the standard looking one, though relatively thinner than most we’ve seen this year.

While the device is yet to be officially launched locally, there is a Red Edition variant that looks really classy and elegant. Hopefully, we get that variant here in the Philippines. Personally, I like the design of the F9 more, thanks to its diamond or starry styled back and sexy notch. Either way, you can never go wrong with either one as they’ll surely be turning heads.

Moving on to the display. It’s a pretty close battle as they have relatively almost the same display. The Honor 8X comes with a 6.5-inch 19.5:9 aspect ratio with a 91% screen-to-body ratio and Full HD+ IPS display which results to a pixel density of 396ppi. The size of the screen and the tall aspect ratio are the reasons why the pixel density took quite a hit.

Still, these specs are more than enough to provide a good viewing experience. It’s also an IPS screen, meaning we have natural color reproduction and great viewing angles. As an added benefit, the notch can also be hidden for a more seamless screen feel. The OPPO F9, on the other hand, has a smaller 6.3-inch screen but with the same resolution and aspect ratio with a 90.8% screen-to-body ratio. Although that 0.2-inch difference in screen size translates to a higher 409ppi, which is denser than the Honor 8X by around 13 points. Then again, that measly difference won’t show in real-world circumstances.

Like its competitor, the F9 also has an IPS display which provides rich colors and good viewing angles. By default, some apps, games, and videos get extended towards the notch. Although this can be disabled under the Notch Area Display Control setting.

There isn’t really a clear winner here. So this will all boil down to a battle on the software side of things. Yet if we want to be really technical about this, then my money goes to the OPPO F9 because of its denser display. The Honor 8X might have a slightly better screen-to-body ratio based on numbers but the 0.2% difference is negligible.

It’s a split decision on this part as the RAM-side goes to the F9 for offering a bigger 6GB module while the storage side goes to the Honor 8X for an option of having 128GB storage. Granted, the F9 has expandable storage but that’s an added expense. So, it all boils down to higher RAM or higher storage.

On to the longevity-side, battery. The Honor 8X comes with a 3,750mAh battery while the OPPO F9 has a 3,500mAh pack with the famed VOOC Flash Charge. Paper-wise the 8X has the advantage of a slightly larger 250mAh capacity. Although, we all know the convenience that the F9 brings with its VOOC Flash Charge technology. That’s 5mins of charge for about 2 hours of talk time. 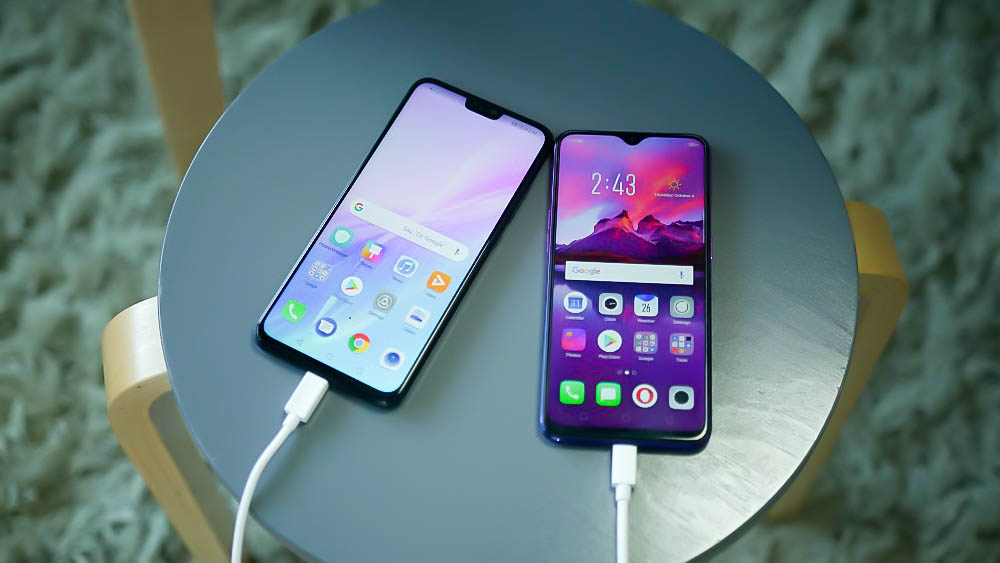 During our standard video loop test, the F9 lasted for about 14 hours and 32 minutes, which is not too shabby for its capacity. We’ve yet to fully test the Honor 8X’s battery life but we’re expecting maybe closer or even longer playback. In this regard, if we’re going to go technical then the Honor 8X wins based on capacity.

It’s actually a pretty close battle. If you want a device with a big battery, simple yet elegant design, and a notch that can be hidden, then the Honor 8X is your guy. Although, if you’re more akin to something with a sophisticated look, sexy notch, and impressive charging technology then the OPPO F9 is the better choice. Either way, both of these phones won’t disappoint in the areas we compared them with.

And that’s it for our quick comparison of the Honor 8X and OPPO F9. If you’d want a more full-scale head to head of the two let us know in the comments section below.