The Honor Note 10 is scheduled to be unveiled in the next few days. Details have been floating around and one of the specs that were newly confirmed is its large 5,000mAh battery. 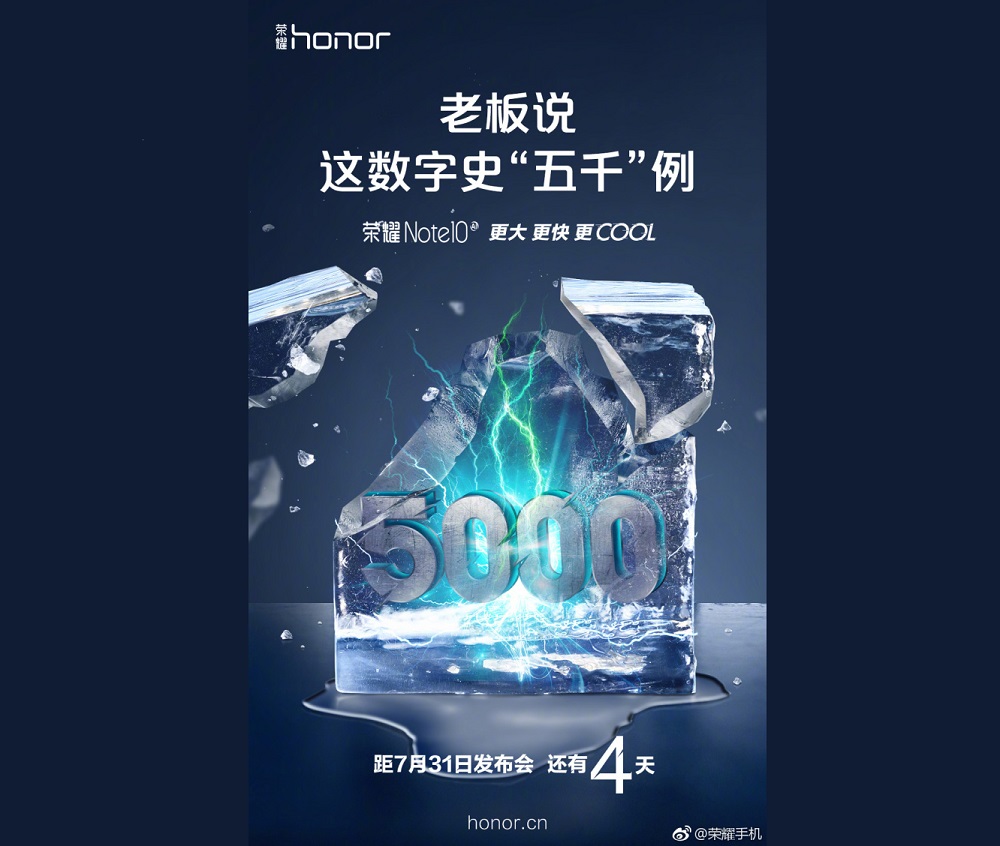 In an image posted on Weibo, Honor confirmed that the Note 10 will pack a huge 5,000mAh battery which is still uncommon in smartphones. Also shown is a reference to a cooling technology. As for other details, earlier reports point to a 6.9-inch display, Kirin 970 chipset, Mali-G72 MP12 GPU w/ GPU Turbo, 6GB RAM, and 128GB storage.