HTC could introduce smartphone with 20MP cam and first smartwatch

HTC could introduce smartphone with 20MP cam and first smartwatch

Slated to be announced during MWC 2015 this March, Bloomberg reports that the Taiwanese company HTC is gearing up to release the successor of the One (M8). Not only that, they could also be celebrating their first venture into the wearable scene by introducing their first smarwatch. 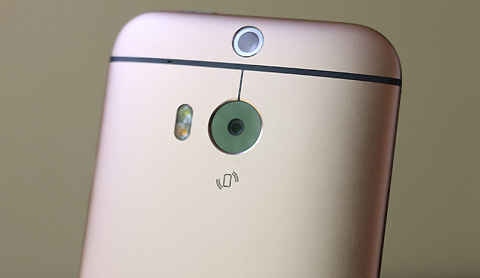 Bloomberg’s source points out that the codenamed HTC One (M9) will replace the UltraPixel technology seen on the M8 with a 20-megapixel sensor. The UltraPixel camera will then be moved from the rear camera to the front — giving users bigger-than-average pixel sizes that works well in low light areas.

Specs-wise, the M9 would look much like the M8  in terms of design and size, with gold, gray, and silver variants according to the source. In addition, it is expected to run on a Snapdragon 810 CPU, a Dolby 5.1 audio technology, and the company’s latest Sense 7 UI.

As for the company’s first-ever smartwatch, it will run with Under Armour Inc.’s fitness service which they have partnered with earlier this month. Apart from possibly launching it side-by-side the new smartphone, that’s pretty much everything what the source said about the smartwatch.

We really enjoyed our time with the HTC One (M8) which urges us to have high expectations for the M9 once it’s unveiled. Stay tuned for more upcoming details.