Towards the end of last week, we reported that the rumored HTC One X+ has been spotted on one of the British telco’s catalog. Today, the Taiwan based company put those rumors to rest by officially unveiling their new flagship device.

Much of the things we mentioned about the 4.7â€ smartphone on our previous article were pretty spot on with the exception of the battery capacity. The HTC One X+ will sport a 2100mAh Li-Ion battery which said to be 50% better than the one found on its predecessor. 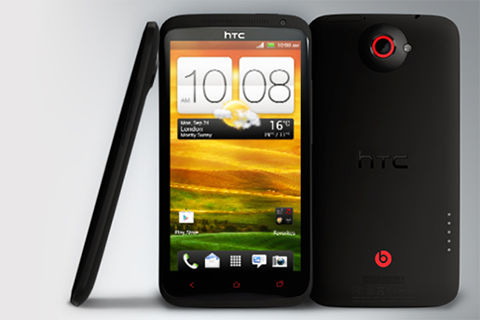 The One X+ will be offered in 32GB and 64GB, but unfortunately there still no options to expand it via Micro-SD card so you’ll have to settle with the free 25GB DropBox space for two years.

Along with having Jelly bean out of the box, this phone will also feature the HTC Sense 4+. Some of the key changes on the new UI include the â€œTap-and-Goâ€, which enables users to easily pair the device with a Beats speaker by just tapping it, two new camera modes (Self-Portrait and Sightseeing) and a minor facelift for the Gallery App. The HTC One X+ will be launched this month starting with Europe and Northern Asia while the Southern Asia launch is due next month. Information about the device’s pricing was not mentioned but we assume that itâ€™ll be priced the same as the One X when it was first launched.