While the HTC One is still about a month away from its local release, we’re already anticipating a touch competition between the Galaxy S4. So we already took our own early benchmarks and got these scores. 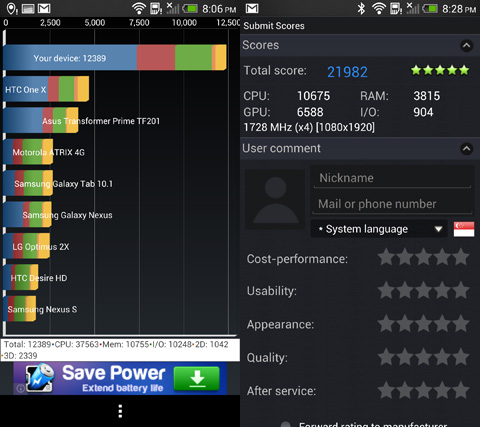 The HTC One also uses a Snapdragon 600 and Adreno 320 graphics. For Quadrant Standard, the One got a score of 12,389 while Antutu Benchmark resulted to a score of 21,982.

For graphics, Nenamark 2 showed a fast frame rate of 62.8fps. 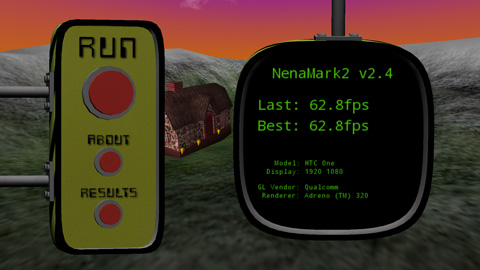 The slightly lower score on Antutu is most probably due to the fact that the Snapdragon 600 is clocked at 1.7GHz and not the maximum 1.9GHz like in the S4 (the screenshot in Antutu is showing 1728MHz x 4 cores).

Article Under:htc one antutu htc one nenamark2 htc one quadrant