Only a month has passed since HTC took the wraps off their new flagship, the
HTC One M9, now the Taiwanese firm unveiled that handset’s slightly beefed up sibling dubbed as the HTC One M9+. 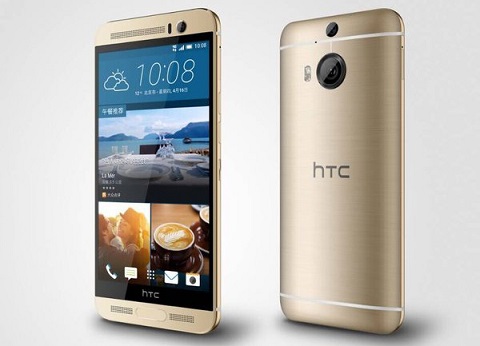 Looking at its specs sheet alone, there’s really not much a difference between the M9 and the M9+ apart from the display which is a tad bigger and has a significantly better resolution.

Another thing that’s changed is the processor. Instead of taking the usual route of going for a top of the line Qualcomm Snapdragon processor, HTC chose to equip the HTC One M9+ with an octa-core processor from MediaTek that can reach a blistering 2.2Ghz at top speed.

There’s currently no word about the pricing and availability date of the HTC One M9+, or if the handset will be sold outside of China. Nevertheless, those who are interested in getting one can choose between three color options: Amber Gold, Gunmetal Gray and Silver Gold.