It’s now official: the Huawei Nova 3 and 3i will launch in the Philippines this month, according to information and material from several concept stores we visited at this hour. 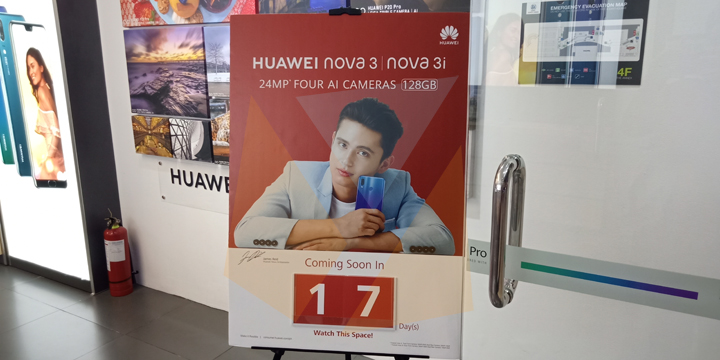 The Philippines may be one of the first countries where the said device will make an appearance both in launch and retail shelves, as it is expected to be made official and available for pre order a few days from now.

Huawei will make a stride as the Nova 3 and 3i will hit retail stores in the Philippines on July 28. Pre-order mechanics and rumored price are detailed in our earlier post.